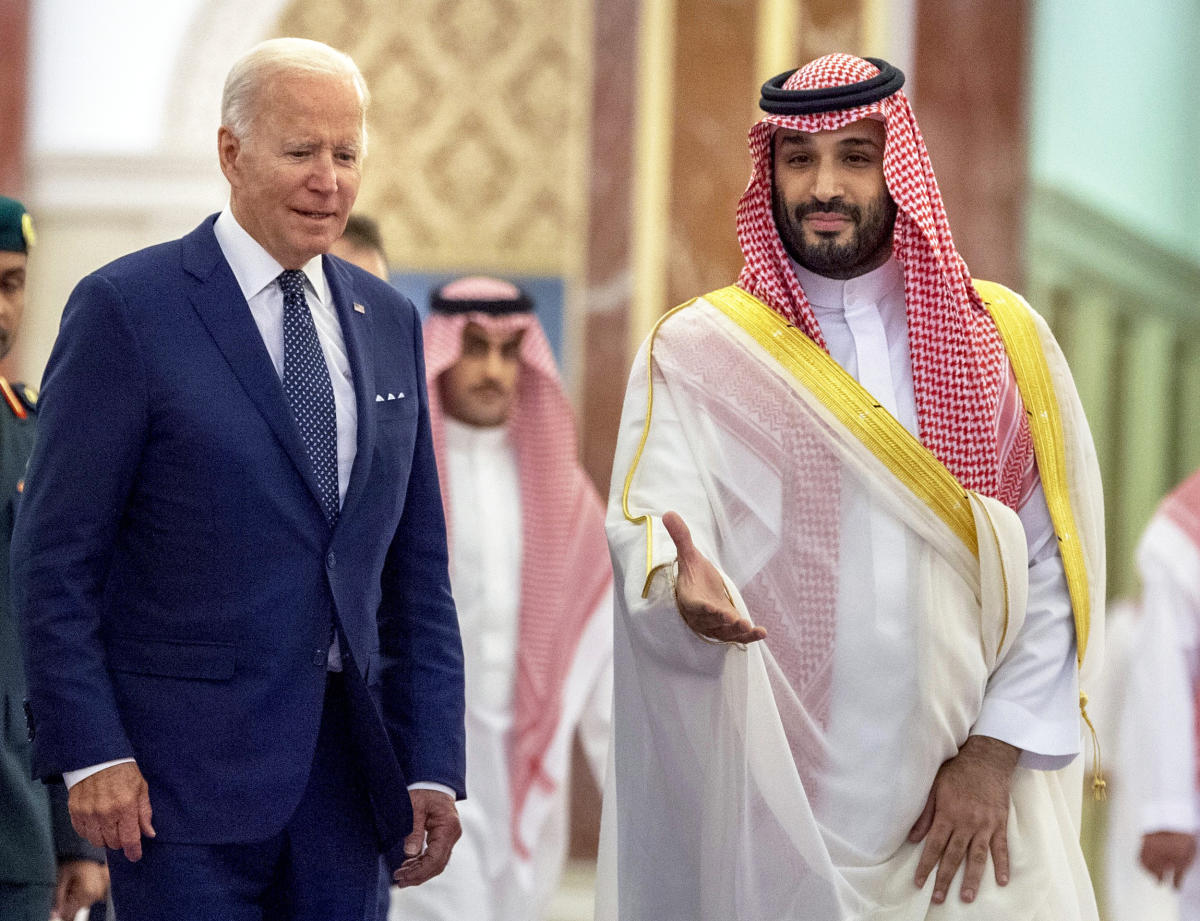 Nearly two months after President Joe Biden vowed “there will be consequences” for Saudi Arabia’s actions to cut oil production, the U.S. is not actively considering any significant retaliatory actions against the kingdom, according to two U.S. officials.

U.S. and Saudi relations hit a low point after Saudi Arabia pushed OPEC members to cut oil production by 2 million barrels per day at their Oct. 6 meeting. But since then gas prices have not skyrocketed as U.S. officials had feared they would. In fact, analysts now believe they could fall below $3 a gallon before the end of the year.

With that, the White House’s initial bitterness about the decision subsided, the officials said.

The next OPEC meeting this Sunday, Dec. 4, is seen by administration officials as another inflection point, with some hoping the outcome of the meeting gives the president a way out of his vow to retaliate for the October production cut. Officials, however, also anticipate calls for imposing a cost on Saudi Arabia to ramp back up if OPEC again cuts oil production.

White House officials said they continue to assess relations with the Saudis.

“This is an eight decades long relationship and we will continue to assess relations with Saudi Arabia methodically and strategically, and in line with what’s in our interests,” one official said in a statement.

“We will judge the way forward based on their actions as well as our ongoing consultations with partners and allies, the new Congress, and the Saudis.”

Members of Congress on both sides of the aisle also expressed outrage, threatening to halt arms sales and even remove U.S. troops from both Saudi Arabia and United Arab Emirates.

Several days after the OPEC announcement, the White House announced it would review the relationship with Saudi Arabia and whether it still serves U.S. interests. Kirby said at the time that Biden would consult with lawmakers on the issue after the midterm elections.

But the review never really gained traction, according to the officials, and there are no real options on the table for how to respond to the Saudi decision. One administration official said the real goal all along was to come up with ways to needle the Saudis without actually changing the relationship.

“There is a recognition that as goes Saudi, so goes the Gulf,” another U.S. official said. “We need the security partnership.”

The official added that the relationship benefits the U.S. in the region because it provides a central location to base troops and equipment.

If OPEC decides to cut production again on Sunday, Saudi Arabia’s relationship with the U.S. could be permanently marred, one administration official said.

While U.S. officials are not sure whether Sunday’s meeting will lead to another change in output, they say that as long as gas prices remain low, the consequences the White House was threatening earlier this fall may never materialize unless members of Congress stick to their vows to retaliate.

Despite the president saying he will meet with Congress about the issue, that has yet to happen.

The Biden administration’s about-face on the oil issue is not the first time it has failed to follow through on a threat to Saudi Arabia.

In the lead-up to the 2020 election, Biden vowed to treat Saudi Arabia as a “pariah” state in response to the killing of Washington Post columnist Jamal Khashoggi.

But he went on to travel to Saudi Arabia to meet with Crown Prince Mohammed bin Salman in July, exchanging a fist bump that intensified criticism of the decision to make the trip.

Bin Salman, who the CIA has said likely ordered the Khashoggi killing, has said he takes full responsibility but denies any involvement in the slaying of the journalist — once a regime insider who became disillusioned and was later an outspoken critic of the crown prince.

For now the only consequences facing the Saudis since the October announcement are coming from Capitol Hill, where arms sales to the kingdom are likely going to be frozen for the foreseeable future.