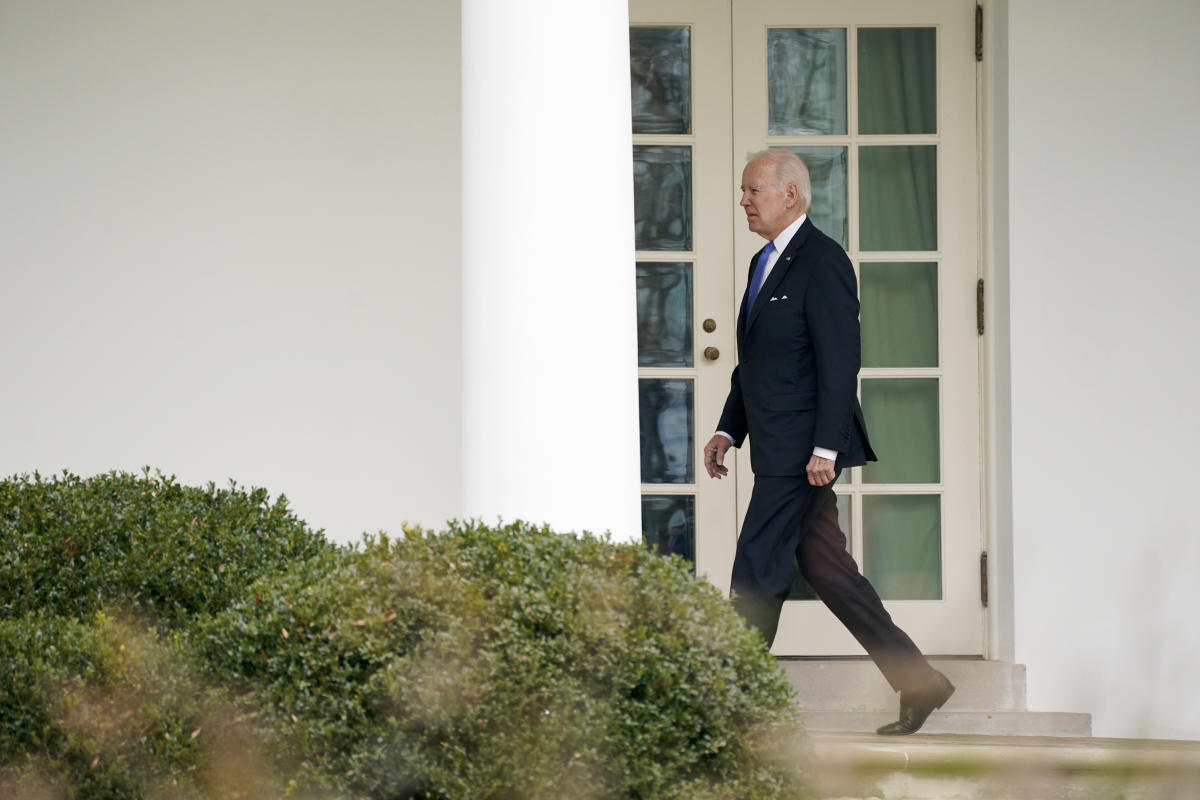 President Joe Biden’s decision to send tanks to Ukraine marked a new chapter in the United States’ commitment to Kyiv, one reflecting a growing belief that the war could stretch years and require extraordinary measures to hold an alliance together to repel Russia.

The 31 Abrams tanks that Biden pledged Wednesday underscores where the conflict stands as it approaches its one-year mark. It also gives hints as to where the administration sees it going.

The American vehicles may not be usable on the frontlines for nearly a year, but they helped push a reluctant Germany to send its own tanks that could arrive sooner to help counter an expected Russian spring offensive.

“Putin expected Europe and the United States to weaken our resolve. He expected our support for Ukraine to crumble with time. He was wrong,” Biden said Wednesday. “We are united. America is united and so is the world.”

Yet, with Biden potentially weeks from announcing his reelection bid, a war with no end in sight threatens to loom over him on the trail.

Biden’s national security team — including Secretary of State Antony Blinken, Secretary of Defense Lloyd Austin and national security adviser Jake Sullivan – are all remaining in their posts, for now. His incoming chief of staff, Jeff Zients, is preparing to take over his new job shortly after the State of the Union early next month.

Biden aides see the war as a winning 2024 issue for the president, who has framed the conflict as a battle for democracy.

Though Biden aides don’t expect the war to be one of the top issues heading into the next election, polling suggests that the public backs the president. A new Ipsos poll released this week shows that a majority of Americans favor keeping the weapons supply line to Ukraine open — while keeping the U.S. military off the battlefield.

In last year’s congressional lame duck session, the White House secured funding for Ukraine that should last for several months. Although the new GOP House majority has threatened to cut off or curtail future aid, the West Wing is already plotting to lobby mainstream Republicans to vote for future assistance.

“Opposing aid to Ukraine may help you win some votes in a Republican primary. But it’s still a terrible way to win votes in a general election,” said former Rep. Tom Malinowski (D-N.J.). “To this day, there are a heck of a lot more Ukraine flags flying in my New Jersey district than Trump flags, even in the more conservative areas.”

Still, some senior congressional Democrats fear that conditions on the ground in Ukraine could eventually hurt Biden’s narrative.

They worry that if Russia makes gains, or if Ukraine simply fails to advance further by the fall, voters will wonder why the administration expended so much money, weapons and time propping Ukraine up at all. All the talk of standing up for democracy, they fear, will mean little if Kyiv is on the back foot while Moscow gains strength.

Deploying the Abrams pried Leopard tanks from Germany, beginning their journey to Ukraine. The decision to send tanks comes as Russia is mobilizing more troops, safeguarding supply lines and refining their tactics. A new victory in Soledar on Wednesday put Moscow one step closer to seizing the strategic eastern city of Bakhmut.

Biden will have to, at once, manage a long-haul war and a two-year campaign. Senior administration officials aren’t too worried about the politics part. “Opponents are saying we’re doing too much or not enough. That suggests our approach is just right. We’re confident in our approach, and this is a debate we’re ready to have,” one of them said.

But the military components will be far more tricky to manage. American officials estimate that it could be many months, and potentially a year, to fully get Ukrainian troops to use the Abrams, signifying the expanding belief that the war will still be raging at that time. The German-made Leopards, however, could be in Ukraine within three months.

The more powerful vehicles may also, U.S. officials believe, help Ukraine to tilt the fighting in the east and mount its own counteroffensive.

But Russia still controls about 20 percent of Ukraine, and the officials believe the Ukrainian goal of retaking Crimea, which Russia took by force in 2014, remains unlikely and may deter Ukrainian President Volodymyr Zelenskyy from sitting across the table from Russian negotiators.

A prolonged war and a lack of clear progress could threaten to tear European unity apart and cause public support for Ukraine to fall on both sides of the Atlantic, administration aides fear.

For now, Biden’s decision to tie the Abrams transfer to Germany’s Leopards decision has kept the allies in lockstep.

German chancellor Olaf Scholz had been reluctant to unilaterally send the tanks, which can be deployed much more quickly than the Abrams.

For weeks, Washington and Berlin held secret talks, trying to push Scholz to send the tanks, which would also allow other European nations to deploy Leopards from their own arsenals. Poland, along with the Baltic States, stands closer to the fighting. They had said they would send their own tanks if Scholz approved, throwing a normally technical dispute into an open, bitter diplomatic melee.

Biden, meanwhile, moved on two tracks, according to two U.S. officials. He knew Ukraine needed Leopards on the battlefield immediately, but no one would see them on Ukraine’s muddy terrain unless he gave Scholz the political cover he needed. So after a final recommendation from Austin — whose Defense Department had previously called sending Abrams to Ukraine a bad idea — Biden moved to approve the tanks and linked the announcement with Scholz’s own declaration.

Scholz agreed to send his tanks Wednesday morning in Berlin. Hours later at the White House, Biden did the same.

“The Abrams tanks are not going to be in Ukraine in time for a spring offensive. So it seems we’re ready to commit to Ukraine for the long haul,” said Rachel Rizzo, a senior fellow at the Atlantic Council’s Europe Center. “But you can see the importance, too, of the U.S. role in managing the relationship with Germany and also Germany’s relationships with its European allies.”

Biden, who entered office determined to rebuild trust with transatlantic allies and was scarred by four years of Donald Trump’s treatment of Europe, has long backed Scholz.

When the new chancellor visited Washington last February, just ahead of Russia’s invasion of Ukraine, Biden defended Scholz from sharp questioning during a White House press conference over the Nord Stream 2 natural gas pipeline project that was nearly complete. And since the war began, he has made it a point of incrementally escalating the West’s involvement in the war, hand-in-hand with NATO allies.

“Scholz is afraid of escalation by Russia, and if it’s clear these German tanks are being sent with the U.S., then the U.S shares that risk,” said Thorsten Benner, director of the Global Public Policy Institute, a think tank in Berlin, who warned that the next American election may change the support from across the Atlantic.

“Europeans should remember that the Biden administration will probably be seen as the last truly transatlantic minded administration. We’ll never have it as good as we have it with Grandfather Biden taking care of our needs, and that has to sink in in Europe.”