Blog: 48 Hours Of Rain In Uttarakhand, No Electricity Or Phone Signal 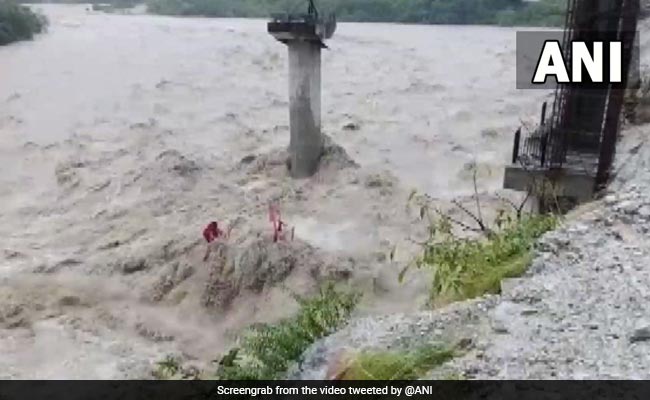 After more than 48 hours of incessant rain, the first sign of a let-up – it has now come down to a drizzle with the government indicating that the worst may now be over.

But there has been a heavy price to pay.

After three days of splendid sunshine in Majkhali, in Uttarakhand’s Almora district – which opened up extraordinary views of the Nanda Devi, Trishul and Panchachuli ranges, heavy, overcast skies (coinciding with a weather Red Alert) brought ominous signs of what was to come next.

It began gently — a light, misty rain on Monday morning, not at all uncommon in these parts. But this one looked endless and turned more intense by the hour.

After it rained for more than 24 hours yesterday, it was clear that a crisis was upon us.

The first sign was a video of the Naini Lake breaking its banks to flood the adjoining Mall Road of Nainital, about two hours from my location. And then a phone call from Raju, who runs a local taxi service. “All roads are shut. Those who tried to get down to the plains have been stuck near Khairna for more than four hours,” he said. Later, on Tuesday evening, a WhatsApp forward from the Uttarakhand police told us. “All road access is down. Stay where you are and try and stay safe.”

How long would we have power? Would phone and internet services hold up and what about the most important link – road access down to the plains? When would that start again?

The electricity has been gone now for more than 12 hours and I suspect my inverter, currently powering a single broadband connection, will give up any minute now. Until it stops raining, linesmen cannot remove a heavy tree which has reportedly fallen on an electricity pole near the nearby Kalika Mandir.

Almost simultaneously, the BSNL, which provides a splendid wireless broadband service in the Uttarakhand hills, is out of commission. A terse message from Mr. Tripathi who manages local services confirmed the worst: “Entire Almora District isolated due to optical fibre cut as reported.” My backup Reliance-Jio dongle does not appear to be working either. For now, a tenuous Airtel 4G connection is all that exists in the name of an operational communication system.

For now, the news is getting no better – numerous mudslides have been reported along the Ranikhet-Bhowali-Jeolikote-Haldwani route, the primary route linking the plains with the hill stations of Nainital, Ranikhet and Almora.

A bridge has been badly damaged in Haldwani and video from the National Disaster Response Force shows floods in Rudrapur, which lies alongside the main highway to Delhi. In Ramgarh, several people are reported missing after a cloudburst. Mukteshwar, another popular hill destination, is reporting record rainfall.

Uttarakhand has already had a wet monsoon. The rain now, part of a Western disturbance, is unseasonal. There is only so much intense rainfall that large parts of the state can sustain – for now one can only hope that the rain lets up by Wednesday so roads can be cleared. Thousands remain stranded and though there are no reports of food and essential items being in short supply, fuel supplies are bound to be hit unless petrol pumps are replenished soon.

(Vishnu Som has a home near Ranikhet and is stranded along with thousands of others in the hill state, parts of which remain cut-off because of mudslides caused by heavy rainfall for more than 48 hours.)