Here are the 10 most in-demand jobs in the U.S., according to LinkedIn

As Texas Instruments predicted, auto-chip sales are the only bright spot, and shares are calm 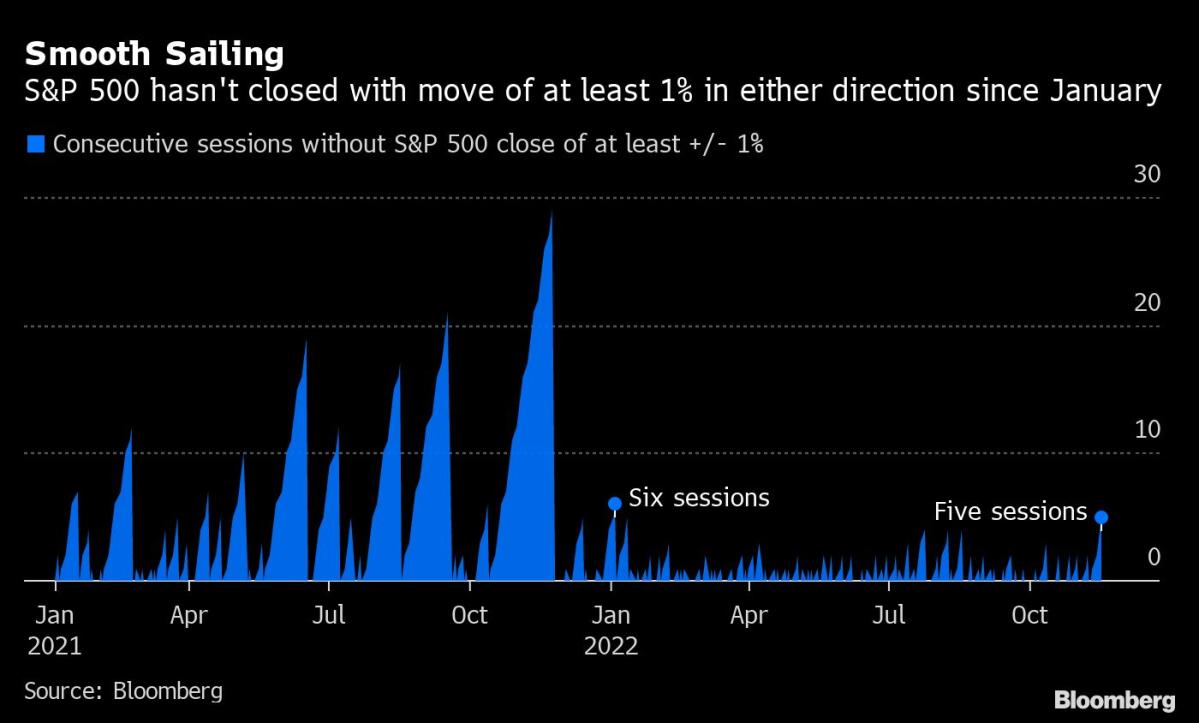 (Bloomberg) — Investors flocked back into equities at the fastest pace in about eight months on signs of cooling inflation, but Bank of America Corp. strategists warn the rally will fizzle out due to earnings risks and staunchly hawkish central banks.

Global stock funds saw inflows of $22.9 billion in the week through Nov. 16, according to a note from the bank citing EPFR Global data. A slower-than-expected US inflation report last week initially fueled bets that the Federal Reserve could signal a slowdown in the pace of rate hikes.

But stock market moves have since been subdued as Fed officials indicated more scope to raise rates before they see a meaningful slowdown in consumer prices. Bank of America strategists led by Michael Hartnett said they predict a policy pivot only in June or July and that expecting any easing before then would be a “big mistake.”

In the absence of an earlier change to the Fed’s approach, “a fair chunk of the bear market rally is behind us,” they wrote in a Nov. 17 note.

Market volatility has calmed after wild swings earlier this year. The S&P 500 Index has now gone five consecutive sessions without closing either 1% higher or lower for the first time since January, and traders expect swings to ease even further in the coming weeks.

The outlook is dimmer again for next year as market strategists including Michael Wilson at Morgan Stanley warn of weaker corporate earnings fueling more stock losses before a rebound in the second half. Bank of America’s team also said profits will “ironically” remain under pressure even as inflation recedes. They recommend holding bonds in the first half of 2023, with stocks becoming more attractive in the last six months of the year.

Global bond funds had inflows of $4.2 billion in the week, while $3.7 billion retreated from cash, the data from Bank of America show. In Europe, stock redemptions reached a 40th consecutive week — the longest pace on record, according to the note.

–With assistance from Thyagaraju Adinarayan, Jessica Menton and Matt Turner.

Californians will voter whether to overturn fast-food law

SACRAMENTO, Calif. (AP) — A voter initiative that would overturn a California law aimed at raising wages and improving working...

Biden administration, in a reversal, is preparing to send Abrams tanks to Ukraine

After weeks of discussion, the Biden administration is preparing to send Abrams tanks to Ukraine, according to three senior U.S....

A powerful storm system took aim at the Gulf Coast on Tuesday, spawning a tornado that caused damage east of...

SEOUL, Jan 25 (Reuters) – Authorities in the North Korean capital Pyongyang have ordered a five-day lockdown due to rising...