As revelations grow on Joe Biden's handling of classified documents, here's what we know so far

Phill Casaus: The buck stops with DA, but not over 'Rust'

Torres was wanted under a Supreme Court warrant for alleged “collusion” with the rioters, and stands accused of “omission” in his most recent job as security chief for the capital.

Justice Minister Flavio Dino said on Friday that authorities would give his predecessor until Monday to return to Brazil, or face extradition.

Dino also confirmed the discovery at Torres’ home of a draft decree proposing emergency steps for the possible “correction” of the October election, which Lula won by a razor-thin margin.

The undated and unsigned draft bears Bolsonaro’s name at the bottom, but Dino said the authorship was unknown.

Torres said on Twitter the document was “likely” part of a pile of papers that were destined to be destroyed.

He said the contents of the draft had been taken “out of context” to “feed false narratives” against him.

Bolsonaro came under investigation on Friday at the request of the office of the prosecutor general (PGR), which cited a video Bolsonaro had posted “questioning the regularity of the 2022 presidential elections”.

By doing so, “Bolsonaro would have publicly incited the commission of a crime”, the PGR said in a statement.

The Bolsonaro video was posted online two days after the violent storming of the presidency, Congress and Supreme Court but later deleted. 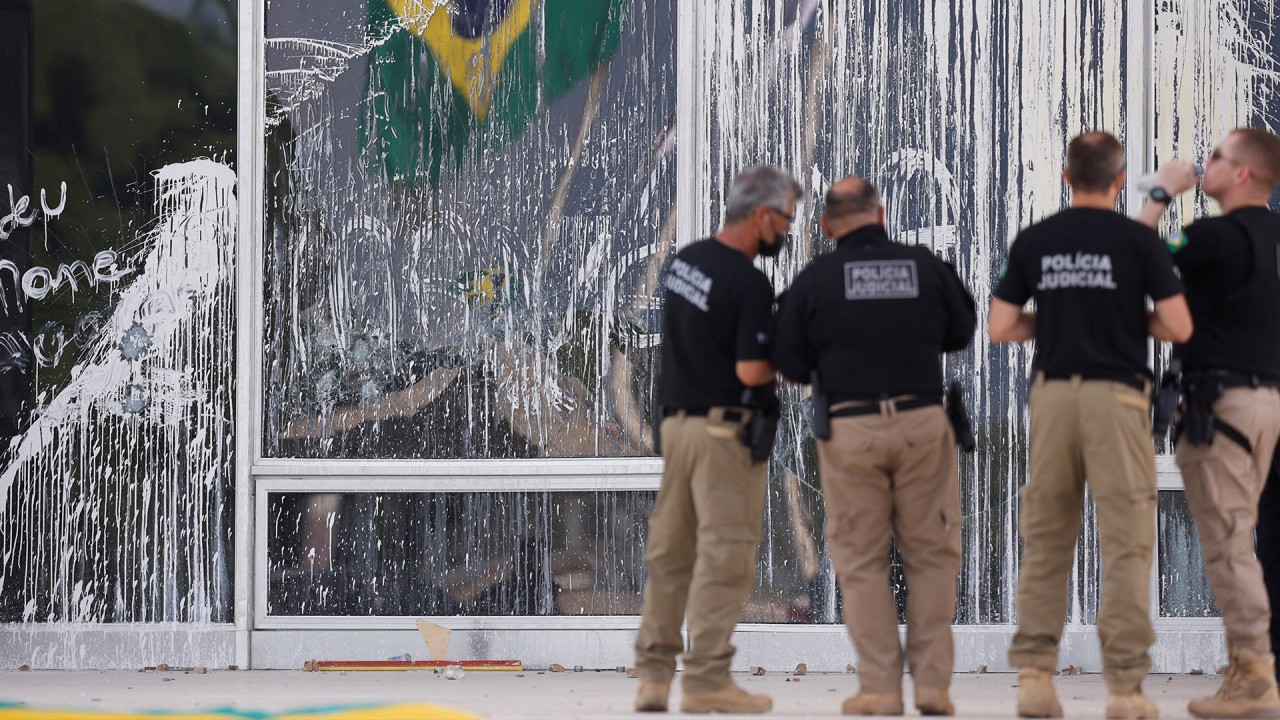 The PGR explained that even though the video came after the uprising, it may serve as “a probative connection” that justified “a global investigation of the acts performed before and after January 8, 2023 by the defendant”.

In a note seen by AFP on Friday, Bolsonaro’s defence denied any involvement by the ex-president.

Bolsonaro “never had any relationship or participation in these movements”, the note said, blaming the violence on “infiltrators”.

Bolsonaro had for years sought to cast doubt on the reliability of Brazil’s internationally praised election system, and had suggested he would not accept a defeat.

He never publicly acknowledged Lula’s victory, and left for the US – where he remains – two days before the inauguration.

3 reasons for Turkey to bring forward the date of the presidential and parliamentary elections In light of repeated statements by officials of the ruling Justice and Development Party in Turkey about advancing the date of the presidential and parliamentary elections that the country will witness on June 18, the question in political circles has become whether it is possible that these elections will actually be held before their scheduled date. "Advancing the date of the elections is possible and possible for several reasons, most notably the summer holidays and the coincidence of the previously set date for the elections with Eid al-Adha," said Matt Kaan Kaynar, an academic and professor of political science at Hacettepe University in Turkey. Advertising material He added, "The elections in June also coincide with the holidays of universities and educational facilities, and that is why many people travel from cities to the countryside, and therefore the ruling coalition is trying to hold elections before people move to their towns and villages and before the end of universities and the harvest season … especially since the new election law prevents citizens from From participating in the elections if they changed their residential addresses less than 3 months before the elections. From previous elections in Turkey (archive) The Turkish academic also revealed two other reasons for the ruling coalition's desire to hold elections ahead of schedule. In this regard, he said, "The current constitution prohibits the nomination of the president for more than two terms, but if the elections are held prematurely, the president who won the presidency twice can participate in the elections for the third time, and for this reason the ruling coalition may resort to holding elections before June." He added, "The second reason is related to a historic day in Turkey, which is May 14, 1950, when the Democratic Party overthrew the Republican People's Party, which is today the main opposition party in the country. Therefore, the ruling coalition may choose this symbolic day to hold the upcoming presidential and parliamentary elections." According to officials from the ruling coalition, the election date may be brought forward to the period between late April and mid-May, instead of the scheduled date of June 18. Last Monday, a senior official from the ruling party announced the ruling coalition's desire to bring the date of the next presidential and parliamentary elections closer, to be after the month of Ramadan and before the predetermined date of next June. "It is possible to hold elections after Eid al-Fitr without waiting until June," said Erkan Candemir, Turkish Vice President of the Justice and Development Party, during a television interview. He also revealed reasons why bringing forward the election date was reasonable, adding that "changing the election date aims to enable widespread access to the ballot boxes." The Turkish official added, "The election date scheduled for June coincides with the summer vacation, during which many city dwellers leave for their towns and villages, and for this reason we seek to end the electoral process before June." The Turkish vice president's statements came about a week after similar statements by Turkish President Recep Tayyip Erdogan, in which he indicated that "the date of the 2023 elections may be moved a little earlier to take into account seasonal conditions," without providing further details.

A 76-year-old woman allegedly shot and killed her terminally ill husband at a Daytona Beach, Florida, hospital following a pact...

Ten years in the league and a thoughtful, observant nature have served Booth well as he emerged as an NBA...

The UN High Commissioner for Refugees congratulated Moldova on Saturday, for its decision to initiate temporary protection for refugees fleeing...

DENPASAR, Indonesia (AP) — A direct flight from China landed in Indonesia’s resort island of Bali for the first time...

Jalen Hurts has thrown for a pair of touchdowns to stake top-seeded Philadelphia to an early lead over New York....