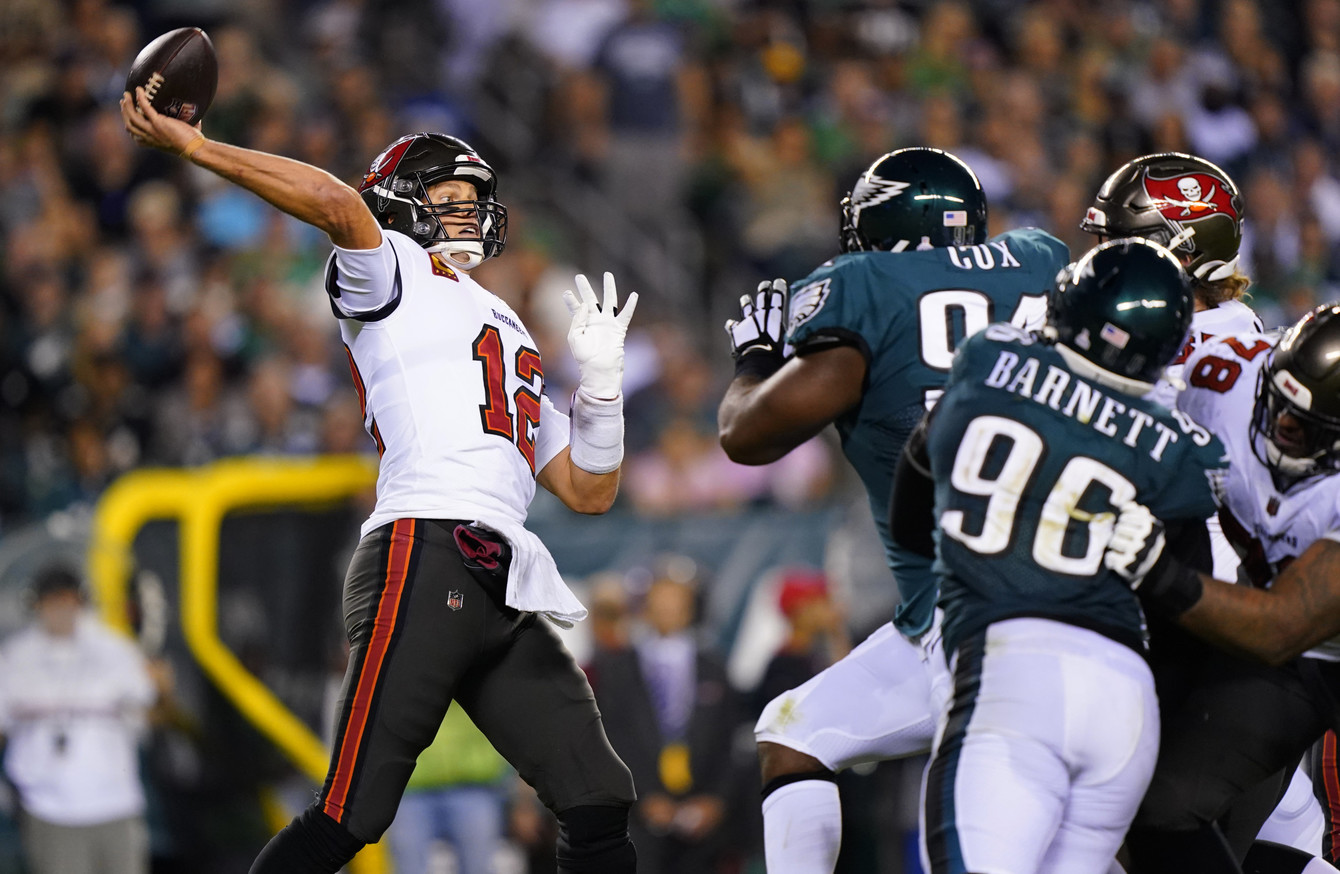 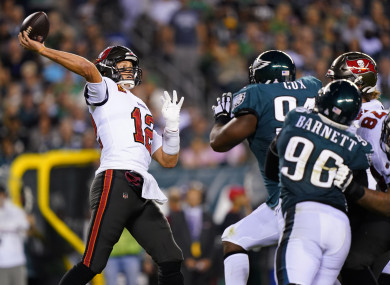 TOM BRADY SHRUGGED off an injured thumb to throw two touchdown passes and Leonard Fournette ran for two TDs as the Tampa Bay Buccaneers beat the Philadelphia Eagles 28-22 in a Thursday NFL game.

The defending Super Bowl champion Buccaneers saw another cornerback exit with injury when Richard Sherman departed in the first quarter with hamstring trouble.

But their defense held on for a victory that moved the Bucs to 5-1.

Brady, the 44-year-old, seven-time Super Bowl champion, showed no sign that the thumb injury he suffered in a Sunday win over Miami affected him, throwing scoring passes on Tampa Bay’s first two drives.

He connected on TD passes of two yards and 23 yards to O.J. Howard and Antonio Brown as the Bucs took a 21-7 halftime lead.

Jalen Hurts rallied the Eagles, connecting on a five-yard touchdown pass to Zach Ertz in the first half.

But Brady and the Bucs responded with a time-eating drive that included the veteran signal-caller’s 27-yard pass to Brown, using up almost four minutes and putting the game away.

Brady connected on 34 of 42 passes for 297 yards and an interception.

The Bucs were up 14-7 when Fournette capped a scoring drive with a plunge in from the two yard line.

Fournette scored from one yard out in the third quarter to push the Bucs’ lead to 28-7.

Despite the depleted Bucs defense — they were already without cornerbacks Carlton Davis and Sean Murphy-Bunting — Hurts connected on just 12 of 26 passes for 155 yards, one touchdown and one interception.

Tories interfered with U of M contract talks, court rules