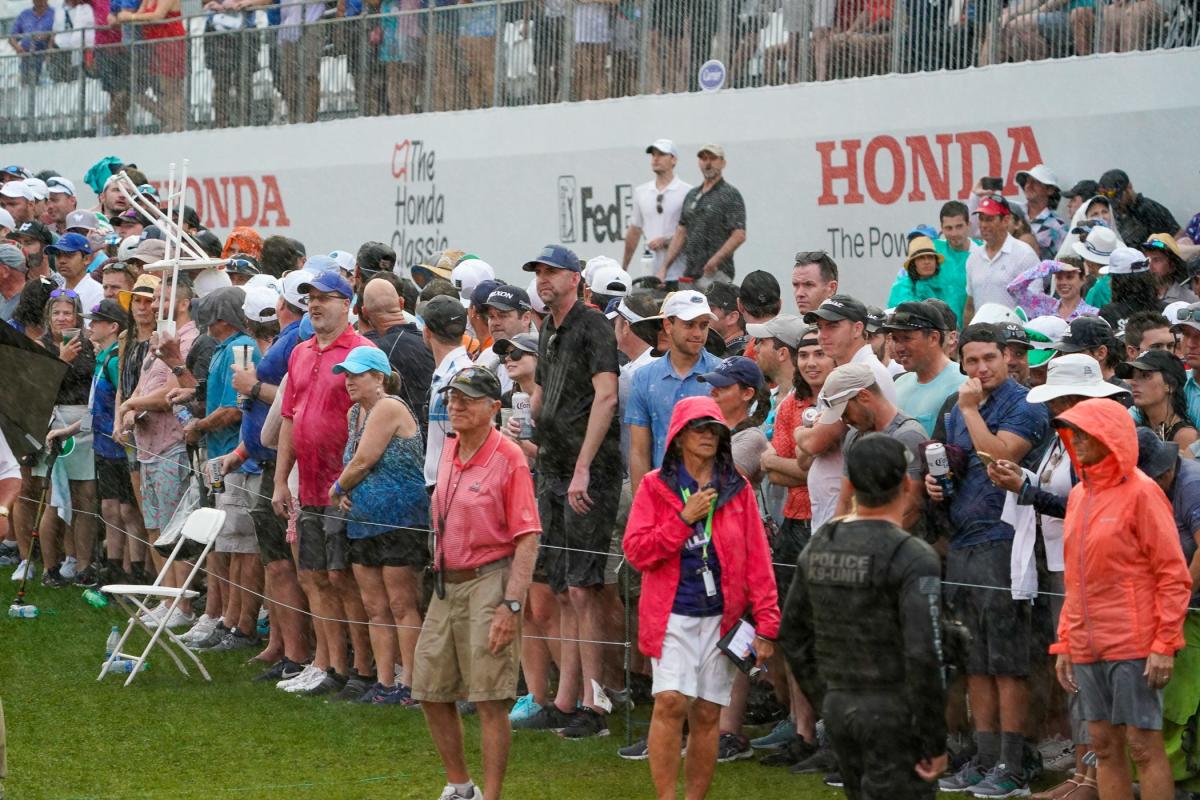 The Honda Classic will be undergoing a name change in 2024.

The Palm Beach Gardens tournament has been sponsored by Honda since 1982 and played on the Champion Course at PGA National since 2007.

Golfweek was first to report the story.

Tournament director Andrew George praised Honda for playing a big role in the tournament’s growth during its 42 years as a sponsor and said sponsorship interest already has started for 2024.

“We’re so appreciative of American Honda’s 42 years of title sponsorship of the Honda Classic,” George said. “Their unwavering support has helped us raise over $60 million to local children’s charities and has given us the ability to grow our on-site attendance to over 200,000 patrons annually. Our entire community sends them a huge thank you.

“Everything will remain the same for our 2023 event as we pay tribute to Honda one last time. We are also getting right to work on solidifying a new sponsor for 2024 and beyond.”

Honda released a statement which read in part:

“Honda has made the difficult decision to conclude our more than 40-year sponsorship of the Honda Classic, filled with deep gratitude to the South Florida community that has hosted our tournament, the volunteers who have made it a success, the loyal fans who added so much energy to the event and the community organizations we have been so honored to support.”

The tournament started in 1972 as the Jackie Gleason Inverrary Classic and was played at Inverrary Golf and Country Club in Lauderhill. In 1981, Honda’s first year as a sponsor, it became the Honda Inverrary Classic. Three years later, it was moved to Eagle Trace in Coral Springs and renamed the Honda Classic.

The event moved to Weston Hills Country Club and Heron Bay before relocating to Palm Beach County in 2003 where it was held at Mirasol for years before moving across PGA Boulevard to PGA National.

With Honda as a sponsor, the event has contributed more than $60 million to national and local charities. The Nicklaus Children’s Health Care Foundation has been the primary beneficiary of the tournament since 2007 with Barbara Nicklaus serving as chairwoman.

“We have a lot of great momentum, from the Palm Beach County market to our growing charitable impact through the Nicklaus Children’s Health Care Foundation, led by Jack and Barbara,” George said.

Honda sits between the Genesis Invitational (hosted by Tiger Woods) and the Arnold Palmer Invitational and two weeks before the Players Championship. As a result, Honda’s fields have been underwhelming of late, mainly due to the schedule but also because some golfers aren’t up to the challenge of the Champion Course.

The tournament had one golfer ranked in the top 10 in the world in the past three years combined. In 2015, 15 of the top 25 in the world rankings entered, making it the third-highest strength of field event outside of the majors, WGCs or FedEx Cup playoffs.

The only events ahead of Honda were the Players Championship and the Memorial hosted by Nicklaus.

The PGA Tour did not do the tournament any favors when it left it off the list of elevated events for 2023. The tournament now falls in the middle of a five-event stretch in which the two prior to Honda and the two following Honda have purses of at least $20 million, with The Players’ increased to $25 million.

The final four events with elevated status will rotate every year, giving Honda hope its purse will increase in 2024, even if it means the event moving on the calendar.

But by then it will be under a different name.

Is the sky really falling for Eagles in wake of ugly loss?

Where Ben Zobrist, other Cubs World Series heroes are now