Brittney Griner, Paul Whelan trade needs to 'get over the line,' even at cost of 'Merchant of Death': experts 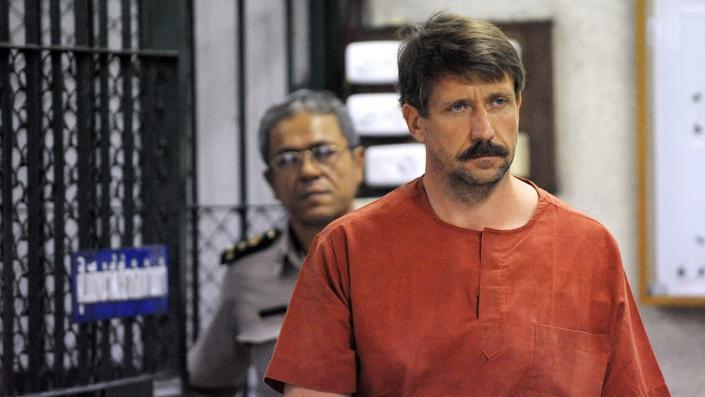 The U.S. must try to complete the exchange for detainees Brittney Griner and Paul Whelan following a difficult and drawn-out process, even at the cost of trading a dangerous arms dealer to secure their release, according to experts.

“It’s a torturous thing,” former Deputy Assistant Secretary of State Joel Rubin told Fox News Digital. “So just getting it to the point where it’s just about to be done – you don’t mess with that too much. If you think you can get there and get the people out, you take it.”

Griner, who pleaded guilty to drug charges July 7, has been held in Russia since February after Russian authorities say they found vape cartridges containing hashish oil in her luggage.

The guilty plea does not bring an end to the case, but some have suggested it could speed up the process along with Griner’s exit from prison. She could make herself eligible for a prisoner swap between Moscow and Washington, D.C., and last week the Biden administration offered a “substantial proposal” to “facilitate” Griner and Whelan’s release.

One name mentioned is Viktor Bout, a Russian arms dealer known as the “Merchant of Death,” who is serving a 25-year sentence in the U.S. after being convicted of conspiracy to kill U.S. citizens and providing aid to a terrorist organization.

Experts have warned about a deal including Bout over the potential consequences for American travelers, but an expert on detainee negotiations rejected such arguments.

“There is no historical evidence to support the contention that a no-concessions policy reduces kidnappings,” Mickey Bergman, vice president of the Richardson Center for Global Engagement, told Fox News Digital. “Arguments to the contrary are intellectually lazy and morally bankrupt: Intellectually lazy, because data shows no correlation between the way these cases are resolved and the number of cases that follow; morally bankrupt, because the government’s efforts to disincentivize and deter the taking of Americans cannot be done on the backs of those already imprisoned.”

WHO IS VIKTOR BOUT, RUSSIA’S ‘MERCHANT OF DEATH’ WHO COULD BE FREED IN PRISONER SWAP FOR BRITTNEY GRINER

“The ‘deals’ do not create or destroy deterrence,” he added. “Data shows that deterrence is derived from the action governments take following the return of those imprisoned.”

Rubin, who served in both the Bush and Obama administrations, described how the U.S. can continue to track and monitor Bout after his release, finding ways to “mitigate future damage” if he does return to Russia.

“If a judgment is made … we can track this guy and make sure he never returns to his illicit ways – meaning he’ll continue to be sanctioned,” Rubin explained, arguing that Bout would be “restless [to] get back into business.”

“He’s not walking out,” he continued. “There can be ways to mitigate any future damage.”

Rubin called Griner’s imprisonment and trial a “horrible situation” that Russia has repeatedly mined for propaganda. He acknowledged that Griner traveled to Russia despite U.S. warnings to the contrary – something the State Department does “to avoid what we’re in right now.”

“Basically, it is our number one duty to take care of Americans, so here we are,” Rubin said. “Viktor Bout has served a lot of time, but he is a criminal – an arms trader – and has blood on his hands … and [he’s] high value for the Russians,” adding that Russia could call it a “symbolic coup” to obtain his freedom.

“At the same time, Russia is taking advantage of Brittney Griner, [her] celebrity in particular, to try to use her as a propaganda tool and embarrass the United States,” he explained. “But at the end of the day, this is about taking care of our people.”

The Big Ag Short: Let’s Not Hedge Our Bets Against Our Global Food System