'Not on my watch' - Biden attacks House Republicans' economic plans

‘Rust’ assistant director's account of shooting differs from Baldwin's, according to deposition 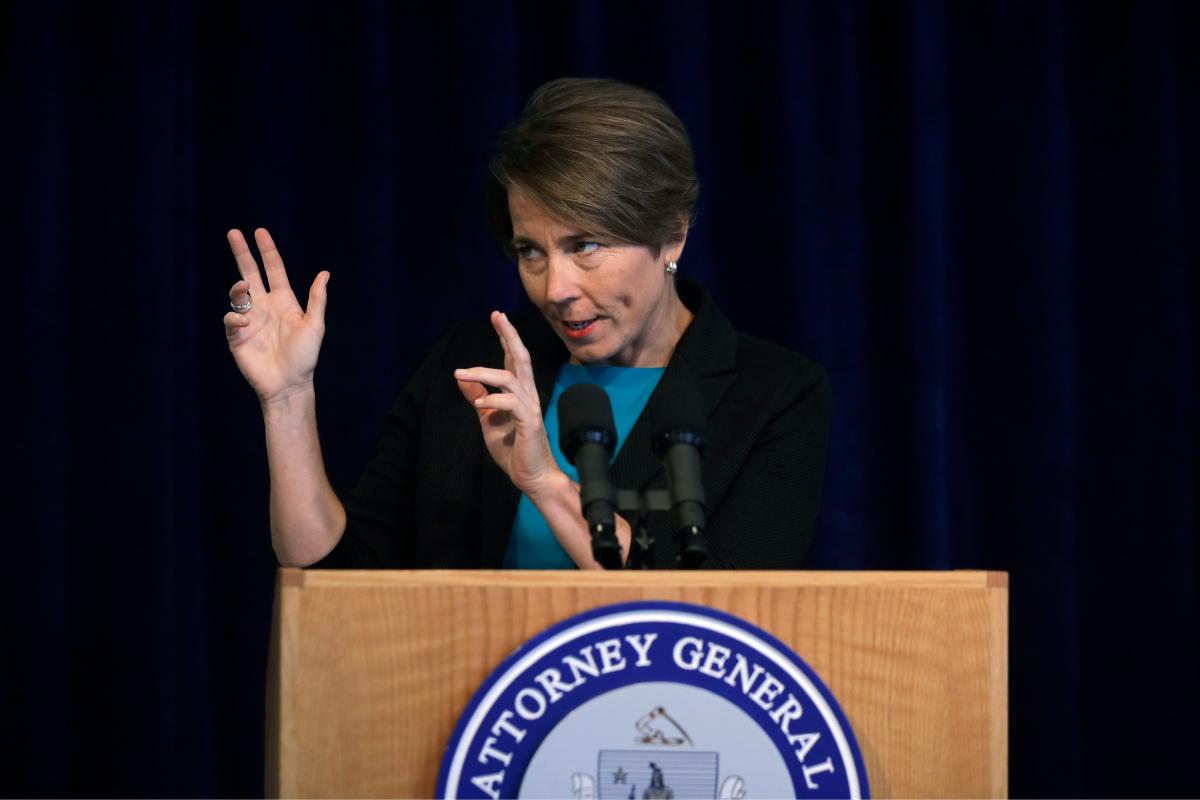 BROCKTON ― A Brockton-based company is set to pay the state $52,000 and must cease all business operations after claims of “illegal asbestos work” during a 2020 redevelopment project in Everett, according to a written statement from Attorney General Maura Healey’s office.

The attorney general and the Massachusetts Department of Environmental Protection (MassDEP) said Ted Riley and Company, Inc. doing business as Enviro-Safe Engineering, the asbestos consulting company hired to survey the buildings in the project, violated the Massachusetts Clean Air Act.

According to the consent judgment entered in Suffolk Superior Court to settle a lawsuit brought by the AG’s Office against Enviro-Safe, the company “failed to properly inspect asbestos activity at the site,” prior to the demolition of several buildings including a former church, a parish hall, two single-family homes and an apartment building.

The work was done in a “densely populated environmental justice neighborhood in Everett,” the AG’s office said.

The eventual demolition “caused a release of asbestos at the work site, endangering workers, residents and others in the community,” the statement said.

The company could not immediately be reached for comment.

“Contractors who work with asbestos have an obligation to abide by our state’s critical workplace safety regulations and environmental laws,” Healey said. “This company repeatedly put the health and safety of its workers and the public at risk with their reckless and dangerous work practices, and today’s settlement stops them from doing it again.”

According to the attorney general’s office, this is the third case against the same company in two years for illegal asbestos work at development projects in Rockland, Arlington, Malden, Waltham, Boston and Everett.

In 2021, the company was “required to pay $165,000 in penalties, retrain its employees on asbestos safety, and implement a detailed document management system to ensure accurate documentation of its asbestos work in the future to settle allegations of illegal asbestos work at homes in Boston, Malden, Arlington and Waltham, per a previous settlement.

The year prior, the company and the attorney general’s office reached a settlement requiring the company to pay $100,000 in civil penalties after its illegal asbestos work during a “renovation project at a low-income housing complex in an environmental justice neighborhood in Rockland,” per the statement.

Staff writer Namu Sampath can be reached at nsampath@enterprisenews.com, or you can follow her on Twitter @namusampath. Thank you, subscribers. You make this coverage possible. If you are not a subscriber, please consider supporting quality local journalism by purchasing a digital or print subscription to The Brockton Enterprise.

This article originally appeared on The Enterprise: Brockton: Enviro-Safe to cease operating after ‘illegal asbestos work’