Texas A&M, Michigan State aren't getting near their money's worth after a pair of $95 million coaching deals 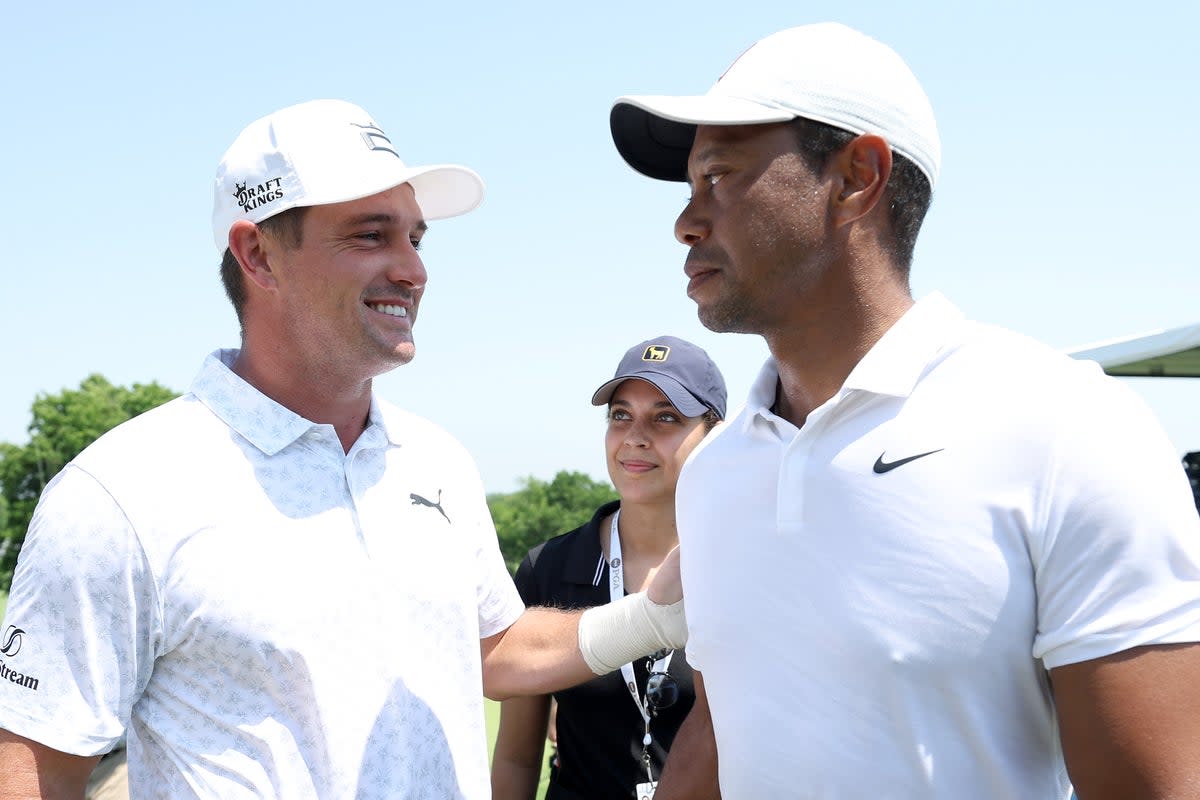 Woods has remained staunchly loyal to the PGA Tour despite a flow of its best players to the Saudi-backed league.

LIV Golf’s CEO Greg Norman even admitted Woods snubbed an $800 million offer to sign up to the breakaway tour.

And DeChambeau, thought to have been paid in excess of $100m to make the change, believes Woods is responsible for the sport’s recent split.

“I have no buyer’s remorse,” said the 29-year-old. “I have ultimate respect for the PGA Tour and what they’ve done for my career, as I’ve said it from day one, and they’ve allowed me this opportunity.

“I have to look back and thank Tiger for this opportunity because he’s the one that’s ultimately created this.”

DeChambeau has also hit out at the Ryder Cup and Presidents Cup, claiming they are only “hurting themselves” by banning players who signed up for LIV Golf.

“I personally think that the team events are only hurting themselves by not allowing us to play, not allowing us to qualify through some capacity, in some facet,” the former US Open champion told reporters ahead of this week’s LIV event in Chicago.

“I would say, from a team aspect, it is sad that those governing bodies have not allowed us to be able to qualify. That’s all I can say to that. I want to play in numerous events on the PGA Tour. It would be awesome.

“That’s what LIV Golf has tried to — they have allowed us to play on the PGA Tour. It’s the PGA Tour barring us from doing so.”

But critics say LIV Golf, which is bankrolled by Saudi Arabia’s Public Investment Fund, amounts to “sportswashing” by a nation trying to improve its reputation in the face of criticism over its human rights record.

DeChambeau is one of the complainants in the antitrust lawsuit against the PGA Tour and though he would not comment on the lawsuit, he said he had “no buyer’s remorse” over making the switch to LIV Golf.

“This is the biggest decision besides choosing my agent that I’ve ever made in my entire life and I couldn’t be more happy to be over here,” he said.

“What LIV Golf has provided is something new and unique, different… there’s going to be some disruption and people aren’t going to like it. And I respect every single person that doesn’t think it’s good for the game of golf.”

World number one Alcaraz loses to Auger-Aliassime in Davis Cup