Look for stocks to lose 30% from here, says strategist David Rosenberg. And don’t even think about turning bullish until 2024. 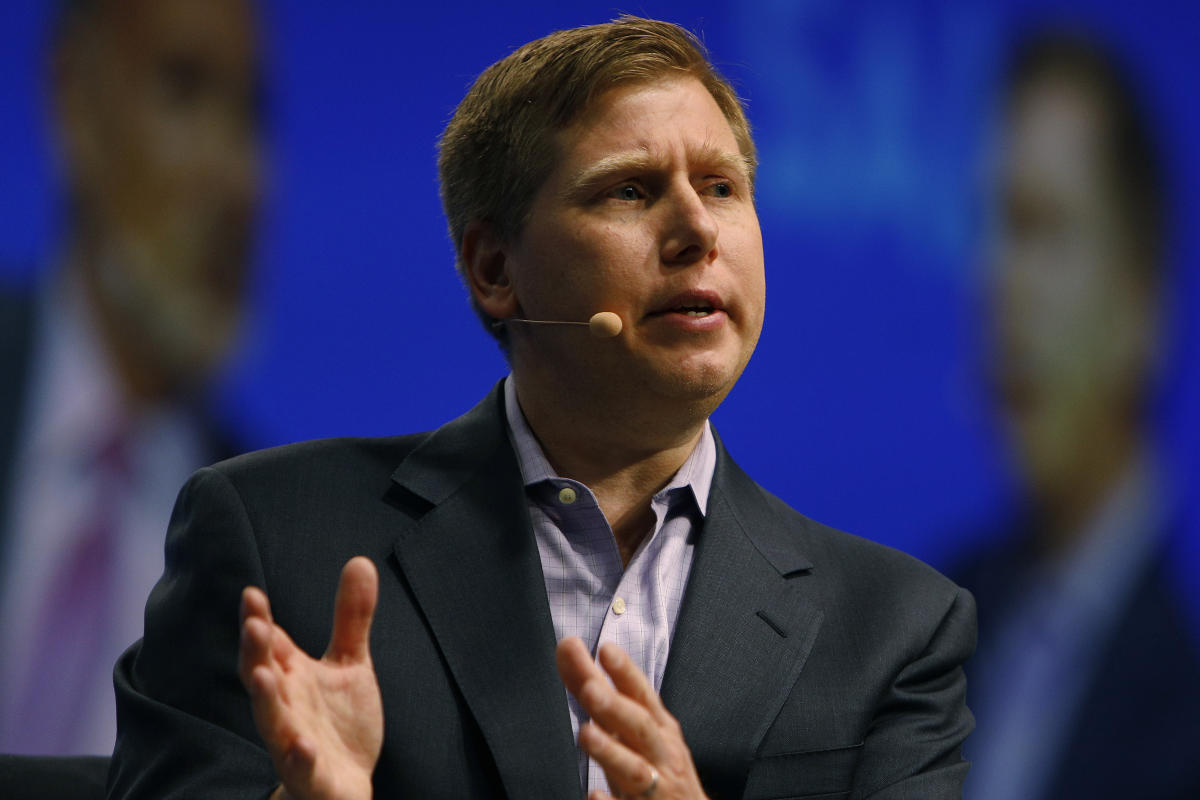 The crypto baron behind unlisted Digital Currency Group (DCG), owner of entities from Bitcoin ETF fund manager Grayscale to news site CoinDesk, must find a solution to make Gemini users whole, and he has until Jan. 8 to do so.

Winklevoss on Monday accused Silbert of “unconscionable” behavior by hiding away from his creditors in an “ivory tower.” In an open letter, the Gemini president said he was acting as a steward for the more than 340,000 Gemini Earn users, whose over $900 million in crypto has been trapped at DCG’s Genesis Global Capital (GGC) since mid-November.

“You took this money—the money of schoolteachers—to fuel greedy share buybacks, illiquid venture investments and kamikaze Grayscale NAV [net asset value] trades that ballooned the fee-generating AUM [assets under management] of your trust,” wrote Winklevoss in the letter posted to Twitter, “all at the expense of creditors and all for your own personal gain.”

Winklevoss and his identical twin brother, Tyler, first rose to prominence through their lawsuit against Mark Zuckerberg, who they claimed stole their idea for Facebook during their undergraduate studies at Harvard University—an account retold theatrically in the 2010 film The Social Network. The two later bought their first Bitcoin on defunct exchange Mt. Gox and went on to found Gemini.

Cameron Winklevoss said his customers’ patience had all but run out: “For the final time, we are asking you to publicly commit to working together to solve this problem by Jan. 8.”

Genesis had been trying to gradually restructure and de-risk its balance sheet ever since the collapse of a major creditor, crypto hedge fund Three Arrows Capital (3AC), back in July.

Nate Anderson, the head of short-seller Hindenburg Research, discovered at the time that Genesis had extended a partially collateralized $2.36 billion loan to 3AC from the latter’s bankruptcy filings.

The spectacular implosion of Sam Bankman-Fried’s centralized exchange FTX, which stands accused of embezzling customer funds to prop up sour bets made by sister trading firm Alameda Research, triggered a wave of redemption requests that overwhelmed GGC, according to management.

When the company decided to freeze withdrawals, this in turn affected Gemini Earn, a service Winkevoss’s firm offered in which his customers lent out their crypto to GGC in exchange for an annual yield.

On Dec. 20, boutique investment bank Houlihan Lokey presented a plan on behalf of an ad hoc committee of Genesis creditors to resolve the liquidity issues at Genesis and DCG and provide a path for the recovery of assets.

“Every time we ask you for tangible engagement, you hide behind lawyers, investment bankers and process. After six weeks, your behavior is not only completely unacceptable, it is unconscionable,” Winkevoss wrote. “The idea in your head that you can quietly hide in your ivory tower and that this will all just magically go away, or that this is someone else’s problem, is pure fantasy.”

Founded in 2015 by Silbert, DCG currently owes its subsidiary Genesis roughly $1.68 billion, 65% in the form of a binding IOU called a promissory note maturing in June 2032 and the rest in an intercompany loan that is due this May.

According to the Wall Street Journal, this arrangement was done in order for the parent to rescue its ailing subsidiary Genesis, which was exposed heavily to the collapse of hedge fund Three Arrows Capital.

However, FTX has created unprecedented market turmoil, resulting in abnormal withdrawal requests which have exceeded our current liquidity.

Citing a letter Silbert sent to investors, the WSJ reported in late November DCG had transferred the unit’s liabilities directly onto its own balance sheet and then issued the binding IOU to keep Genesis solvent in the hopes of recovering the funds later.

Winklevoss’s firm Gemini currently believes DCG and Genesis are merely suffering from a temporary liquidity crunch due to a mismatch between the maturity of its assets and liabilities.

In this scenario, Silbert’s empire has enough to pay back his creditors—just not now since the cash isn’t immediately on hand. As long as that is the case, Gemini believes a full recovery of assets is possible.

“If this is a Genesis balance sheet issue (i.e., balance-sheet insolvency) whereby its assets are less than its liabilities, then a loss of some amount is possible,” Gemini went on to warn, adding, however, it has no such indication at present.

Some Gemini Earn creditors aren’t bothering to wait. On Dec. 31, they initiated a class action lawsuit alleging breach of contract.

They accuse Silbert’s DCG of buying the right to collect Gemini’s $2.3 billion debt owed by Three Arrows Capital in exchange for the $1.1 billion promissory note, all in a desperate attempt to avoid imminent bankruptcy last summer.

“GGC concealed the insolvency in part, the demand alleges, by orchestrating a sham transaction with its parent company, DCG,” they said in a statement.

With GE Healthcare About To Start Trading, Investors Turn Cautious On Power Business Spin Off

By Lizbeth Diaz MEXICO CITY (Reuters) – The number of Ecuadorians braving the trek north to Mexico in hopes of...

Disney’s strategy to win its battle with DeSantis is to just wait until he runs for president, says a top Florida Democrat

Addressing the opening of the Commission for Social Development’s latest session, the president of the UN Economic and Social Council...

Turkey earthquake map: Where in Syria and Turkey did the quake hit?

Last night, a 7.8-magnitude earthquake shook Turkey and Syria for about a minute and resulted in the deaths of more than...

Salma Hayek says she was ‘typecast’ for years: ‘You’re sexy, so you’re not allowed to have a sense of humor’

Tom Brady Poses in Just His Underwear to Complete a Bet: ‘Did I Do It Right?’

Harry Styles said ‘this doesn’t happen to people like me very often’ while accepting his Grammy for album of the year, an award that white men have won 32 times

Harry Styles won album of the year for “Harry’s House” at the 2023 Grammys on Sunday. “This doesn’t happen to...

Wilson brought Jake Heaps and a staff of personal trainers and coaches to Denver when he was traded from the...

Allen picked up curling in 2018, soon after he retired following a 12-year NFL career.

Fox Sports' Shannon Sharpe had advice for Ja Morant following a report that his associates got into a postgame confrontation...

Nobody feels bad for LeBron and the Lakers

The Lakers have shown their hand, and it's not a good one. LeBron James & Co. are in trouble, the...

Mets’ Steve Cohen fires back at other MLB owners who are mad at his spending: ‘They need to look more at themselves’

Steve Cohen stressed that he's playing within the rules set by other MLB owners.

Bubba Wallace said his back and neck hurt following the bumping and banging of NASCAR’s first event of the new...

Strip Manchester City of their titles? This is what I would do if they are guilty

If – and it must be remembered that it remains a very big if at present – Manchester City are...