Jerry Stiller secretly filming Ben Stiller got him in hot water with NYPD: ‘Why are you filming that child?’

Phil Collins and Genesis Sell Catalogs to Concord for $300 Million 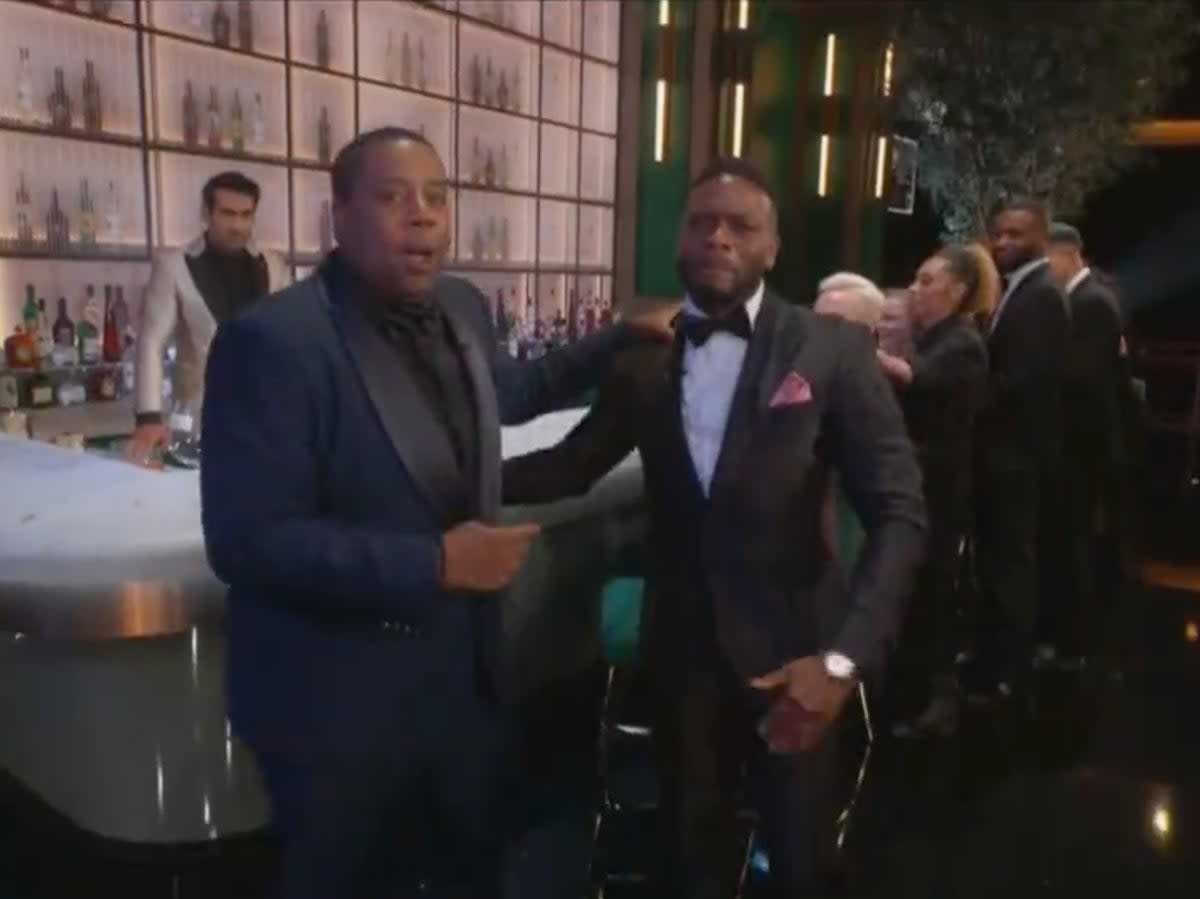 Kenan and Kel reunited at the Emmy Awards on Monday (12 September).

Thompson was filming a bartending skit with Kumail Nanjiani when he came across a man slumped face down on the bar.

The man, of course, turned out to be Mitchell who raised his head and asked: ‘Can I get a Good Burger?’

Good Burger was the eponymous, fictional restaurant from the 1997 film starring the comedy duo based on the comedy sketch of the same name on the Nickelodeon series All That.

“Truly warms my millennial heart to know that Kenan and Kel remain friends all these years later,” writer Aisha Harris tweeted in reaction to the moment.

“I’ll never be too old to not get excited for Kenan and Kel,” wrote journalist Rilwan Balogun.

While another fan tweeted: “And all the millennials rejoiced and said ‘welcome to good burger, home of the good burger, can I take your order?’ Kenan and Kel are you serious?!?!?”

The ceremony drew strong reactions from fans, with some mocking its “atrocious” opening dance sequence to Friends and Law and Order: SVU theme songs.

And Thompson wasted no time cracking a joke about Leonardo DiCaprio’s relationship history.

FollowThe Independent’s live Emmys 2022 coverage here and keep up to date with the winners as they are announced here.

We have also compiled a list of the best-dressed stars on the red carpet and shared a look at what’s inside the Emmys gift bag.

Fans praised Elle Fanning after she revealed her Emmys dress was inspired by Old Hollywood and Hannah Waddingham was hailed as “iconic” after she unveiled sneakers under her gown.

Of course she did: Jennifer Coolidge dances off Emmys’ attempt to play her off stage

EXPLAINER: A deep dive into risks for undersea cables, pipes

PARIS (AP) — Deep under water, the pipes and cables that carry the modern world’s lifeblood — energy and information...

Lakers coach Darvin Ham will look to utilize Anthony Davis as the No. 1 offensive option to help minimize LeBron...

New addition to Taiwan's navy is part of a initiative by President Tsai Ing-wen to foster defence self-sufficiency.

EU set to adopt windfall levy, but no deal on gas price cap

BRUSSELS (AP) — European Union energy ministers were set Friday to adopt a package of measures including a windfall levy...