US opens embassy in Solomon Islands to counter China

Ukraine hails French gift of radar as 'cherry on the cake'

How to make a mummy: Ancient Egyptian workshop has new clues 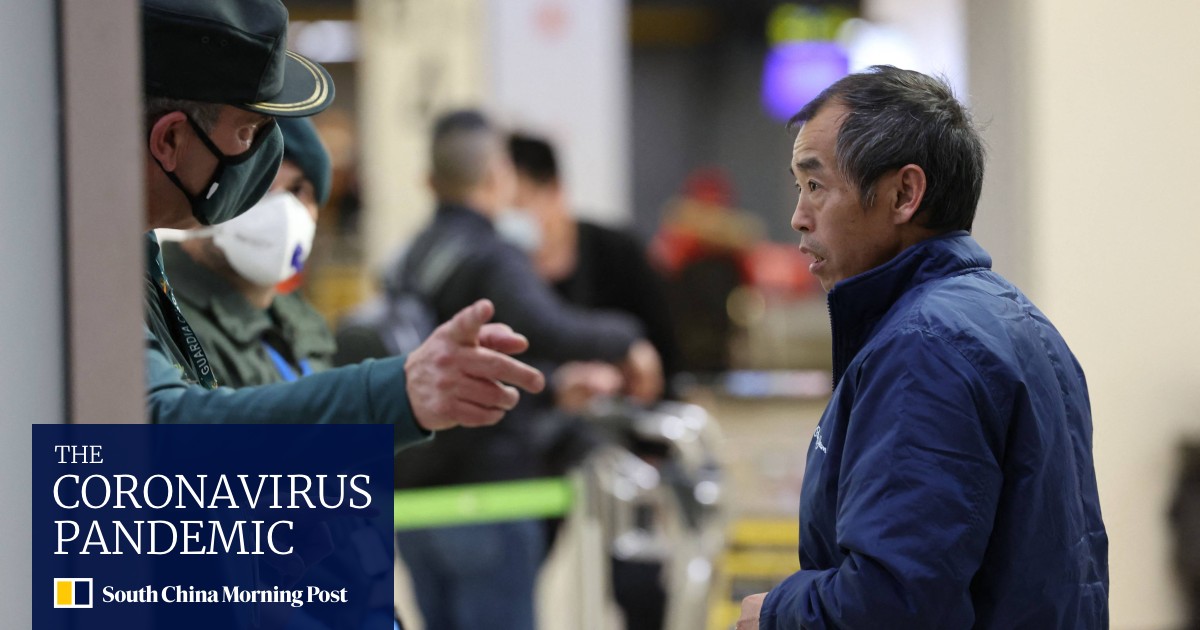 “Sweden is seeking a common policy for the entire EU when it comes to the introduction of possible entry restrictions”, the Swedish government said in a statement.

Stockholm, which takes over the rotating EU presidency on January 1, said it had called a meeting of the Council’s crisis management mechanism IPCR for Wednesday. “It is important that we quickly get the necessary measures in place”, it said.

Beijing has abruptly ended its draconian “zero Covid” policy, resulting in an explosion of infections in the country, which has prompted several EU member states to impose Covid-19 tests on travellers from China.

France, Italy and Spain this week imposed Covid-19 testing requirements. Germany, while saying it saw no need to impose routine tests, is seeking a coordinated system to monitor variants across European airports.

The European Centre for Disease Prevention and Control (ECDC), one of the EU’s health agencies, said on Thursday that systematic screening of travellers was currently “unjustified”. It cited the level of immunity in Europe and the presence on the continent of the same variants as in China.

The European branch of the International Airports Council said on Saturday that imposing restrictions for travellers from China country was “neither scientifically justified nor risk based”.

The federation, which represents more than 500 airports in 55 European countries, said the identification of possible new variants that could emerge in China could be detected with genomic sequencing of airport waste water analysis, without the need to test travellers.

6 wounded in shooting at Phoenix business

The comebacks, the records, the rings. Tom Brady's career, as unlikely as it seemed as the 199th pick in the...

Apple has been fiercely criticized over its Black History Month fitness challenge that rewards people with a ‘Unity Award’ if...

US opens embassy in Solomon Islands to counter China

WASHINGTON (AP) — A Russian arms dealer, his son, a group of front companies across Asia, Europe and the Middle...

The FBI was searching President Joe Biden’s Delaware beach home Wednesday, as part of an ongoing inquiry into the handling...

Jane Fonda says her eating disorder took over her life: ‘If I keep on like this I’m gonna die’

Jane Fonda opens up about the severity of her struggle with bulimia and anorexia. (Photo: Getty Images) Jane Fonda is...

Priscilla Presley’s Son Navarone Garcia Breaks His Silence: ‘People Know About Me, But They Don’t Know Me’

Tom Brady is looking back on memorable moments with his family after announcing his retirement from the NFL. Sharing photos...

“Please do not be alarmed, remain calm. Do not attempt to leave the dance floor.” Beyoncé announced her long-awaited tour...

Kate Bush, Missy Elliott, Cyndi Lauper, and Sheryl Crow are among the 14 artists nominated for the Rock & Roll...

What is Tom Brady’s place among the 5 greatest QBs in NFL history?

Tom Brady's retirement brings back the argument about who is the greatest QB ever.

Neither CBS Sports nor Tony Romo has commented on the social media fervor as of Tuesday morning.

The Jets have interest in trading for Aaron Rodgers. Here's the latest buzz...

Ravens QB Tyler Huntley being named to the 2023 NFL Pro Bowl was a bridge too far for former WR...

Tournament director Craig Tiley has discussed the extent of Djokovic’s injury as he won a 10th Australian Open title and...

Rui Hachimura's block against the New York Knicks turned out to be a crucial play during the Lakers' 129-123 overtime...

Most nights in Mackey Arena are special, but tonight as Purdue takes on Penn State there will be a little...

Tom Brady shared a video on Wednesday announcing his retirement for the second time. It comes one year to the...