Heavy Rain In Delhi Leads To Waterlogging At Several Places,… 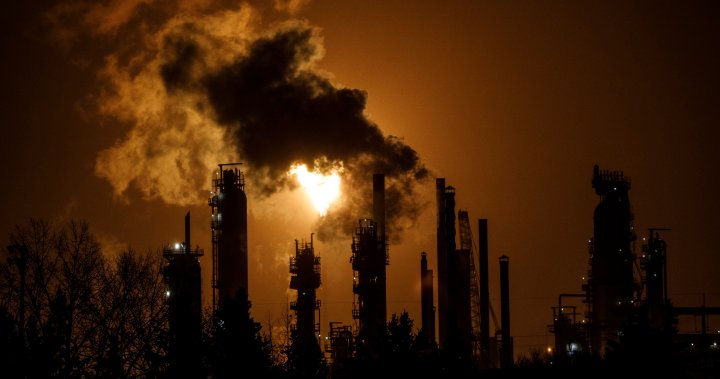 Canada’s environment commissioner says a federal pandemic aid program for the oil and gas sector that was supposed to retain jobs and cut greenhouse-gas emissions is not set up to actually do either of those things.

“This is a program that needs a vast improvement,” commissioner Jerry DeMarco said Thursday of the program called the Onshore Emissions Reduction Fund.

Read more:
Toronto on target to achieve its reduction in greenhouse gas emissions

The $675-million program was announced in April 2020 to help the industry stay afloat amid a massive reduction in fossil fuel use in the early weeks of the COVID-19 pandemic.

The program funds projects to help oil and gas companies meet or exceed regulations requiring them to cut down on methane, which leaks out of or is intentionally vented during production.

DeMarco’s audit of the program released Thursday says the process the Department of Natural Resources used for calculating the emissions lacked transparency.

It also said the claimed emissions cuts were based on outdated data about existing emissions, and the program didn’t ensure that companies were using the money for new projects they wouldn’t have otherwise done.

It said two-thirds of applicants for the 40 projects funded in the first round admitted the funds would help them boost production. But neither they nor the federal government accounted for the increased emissions that would generate.

DeMarco said he is “disappointed” with the program’s design and implementation, as well as the department’s response to the audit.

He said the department failed to agree with all of the audit’s findings, defended some of the practices, and DeMarco says that does not bode well for any fixes.

More than 80 per cent of the fund has yet to be allocated and he said it’s not too late to fix the program to make it work.

“Based on their responses I’m not optimistic but there is still the possibility they will see the wisdom of course-correcting on this fund,” he said.

The government claimed the program would ultimately cut between 5.1 and 8.8 million tonnes of greenhouse-gas emissions, but the audit says the first 5.1 million tonnes of that was going to come as long as companies complied with the methane regulations.

The audit says only the remaining 3.7 million tonnes can be attributed to the emissions reduction fund, for helping companies surpass those regulations.

But the department acknowledged that will require almost all 610 oil and gas companies that are eligible to take funding and use it to exceed the methane regulations.

DeMarco says not only is that too ambitious, but the government claimed that it achieved 3.1 million tonnes in emissions cuts from just the first 40 projects done by 15 companies.

DeMarco’s findings come at the same time as a damning report on Canada’s overall progress on climate change, which says during the last three decades Canada’s emissions have increased 20 per cent.

“Canada was once a leader in the fight against climate change,” DeMarco said. “However, after a series of missed opportunities, it has become the worst performer of all G7 nations since the landmark Paris Agreement on climate change was adopted in 2015. We can’t continue to go from failure to failure; we need action and results, not just more targets and plans.”

What happened to… Ted Williams, the man with golden voice – Toronto