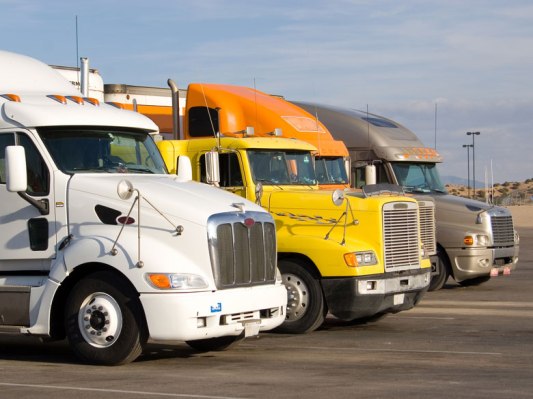 The Toronto-based startup calls the round a Series A, with Addition Capital and Shine Capital leading the deal.

Per venture data aggregated by Carta, average logistics-themed Series A rounds since the start of 2020 have sported median cash raises of $8 million and post-money valuations of around $50 million. The Rose Rocket round certainly surpasses its sector median in dollar terms, and we presume if measured by valuation as well.

But the money side of the Rose Rocket story isn’t the most interesting thing about the company. Its market is.

The startup is building in the TMS space. What’s a TMS? A good question, and one that I had to ask while digging into Rose Rocket. TMS stands for transportation management software, which you can think of as a wide array of products that help truckers and brokers and other players in the freight transport game get work done on a digital basis.

Or, as Rose Rocket co-founder and CEO Justin Sky explained to TechCrunch in an interview, TMS is a somewhat generic moniker that one might compare to ERP (enterprise resource planning). Sky added that he often describes what Rose Rocket is building as a NetSuite for trucking companies.

The startup’s trick is, in Sky’s phrasing, going “horizontal inside of a vertical.” By that, the CEO means that Rose Rocket wants to coordinate more than a single part of the larger freight trucking landscape; instead, the company wants to coordinate all players, allowing for a more integrated, less chaotic market.

For example, Rose Rocket offers the same software to both freight brokers and trucking companies. If a freight broker sends work to a trucking company and both use the startup’s software, Sky said that the work can proceed as if each company was reading off the same sheet music. Instead, of say, one of the parties playing a Chopin nocturne while the other plunked out a free jazz solo.

Like many vertically themed software plays, Rose Rocket is taking on other market-focused software providers, but also customers’ use of Excel and manual processes. Trucking as an industry, you won’t be utterly shocked to learn, is not precisely fully digitized yet. That could provide a large total addressable market (TAM) for Rose Rocket to sell into given how large trucking is as both a business (and employer).

Results thus far seem promising, with the company claiming that its customer logo count went up by around 9x in the last year. Sure, logo count is far from GAAP, but contracted deal volume also rose by 9x over the same period, so, presumably, the company’s business is doing numbers.

That Rose Rocket is a Canadian company — albeit one with U.S. incorporation, essentially a requirement to raise money in North America — is notable. The Canadian startup market has come a long way since Shopify broke into the larger business consciousness. We should probably pay it more heed.

Per CB Insights data, Canadian startups have raised some $9.3 billion thus far in 2021, through the end of Q3. That figure is more than what the country’s upstart tech companies managed in 2019 and 2020 combined. The country is also on pace to hit a record number of discrete venture rounds this year. Rose Rocket is therefore part of a growing trend of larger and more frequent startup investment in the country.

More when someone dumps an inevitable $100 million onto Rose Rocket’s head.