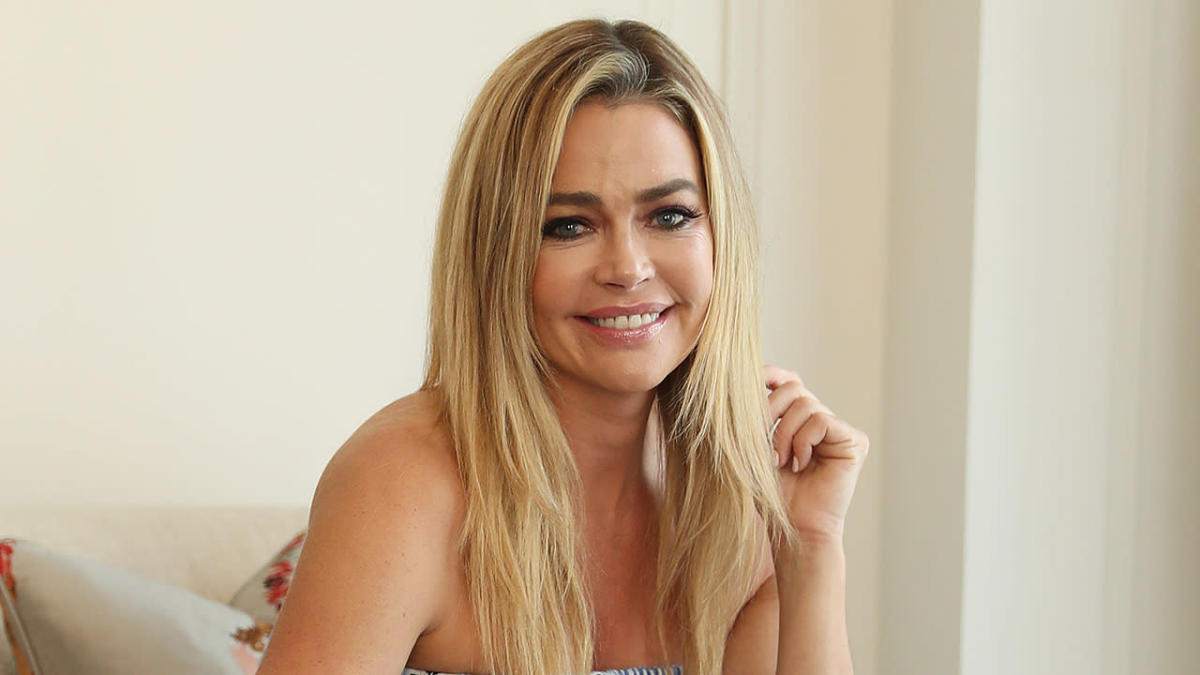 Charlie Sheen’s daughter Sami Sheen responded to a troll who questioned whether she had “the body” to join OnlyFans.

The 18-year-old took to Instagram stories Wednesday and hosted a Q&A session following her announcement that she was joining the content subscription platform. One user mocked the influencer and asked, “Do you really think you have the body for of lol.”

The teen replied with a photo of herself holding a plate filled with multiple slices of pizza.

“Yes because there’s no ‘body’ you need to have in order to do of,” she responded. “Only thing that matters is making sure that you’re comfortable with what you’re posting & remembering that all bodies are beautiful.”

Another user asked if her parents, Sheen and Denise Richards, were aware of her OnlyFans account. Sami replied that her mother was “extremely supportive.”

Sami’s father had some thoughts about her joining OnlyFans on Monday.

“She is 18 years now and living with her mother,” the former “Two and a Half Men” star told Fox News Digital on Tuesday via his publicist Jeff Ballard. “This did not occur under my roof. I do not condone this, but since I’m unable to prevent it, I urged her to keep it classy, creative and not sacrifice her integrity.”

The influencer, who has 83,000 followers on Instagram, turned 18 in March. She recently moved back in with Richards after some turbulent times with her mother.

CHARLIE SHEEN REACTS TO DAUGHTER SAMI SHEEN, 18, JOINING ONLYFANS: ‘THIS DID NOT OCCUR UNDER MY ROOF’

On Tuesday, Sami posted a tease, encouraging her followers to subscribe to her page.

“Sweet dreams,” Sami tweeted. “Don’t forget to subscribe if you haven’t already … I have a new post going up there on Wednesday.”

Richards told Us Weekly she was aware of her daughter’s OnlyFans account.

“Sami is 18, and this decision wasn’t based on whose house she lives in,” the actress said. “All I can do as a parent is guide her and trust her judgment, but she makes her own choices.”

“Sami I will always support you & always have your back,” the actress wrote. “I love you.”

“I love you thank you,” Sami replied.

OnlyFans, a subscription-based platform, allows creators to share and monetize their content, which can be explicit. Celebrities, such as Carmen Electra, Bella Thorne, Shanna Moakler and Cardi B, among others, have joined the site to take control of their image and interact with fans.

The site became popular during the early months of the coronavirus pandemic when numerous sex workers joined to get paid more safely. The site has been tremendously lucrative for some people, allowing them to earn thousands every month.

In August of last year, OnlyFans announced it had 130 million users and 2 million creators who have collectively earned $5 billion. That same month, the site said it suspended its initial plan to ban sexually explicit content following an outcry from its creators and advocates for sex workers.

Sami’s decision to join OnlyFans came a few weeks after the teen reconnected with her mother. In September of last year, Sami alleged in a since-deleted TikTok video that she was “trapped” in an “abusive home” while she was living with her mother. In February of this year, Richards told SiriusXM’s Jeff Lewis that they had a strained relationship.

“It’s very difficult,” said Richards. “I know we’ll get back to where we were eventually, but right now, it is strained.”

At the time, Sami moved in with her father, 56.

“Obviously, I would love for her to live with me,” said Richards. “She lived with me all these years. But I think it’s very difficult raising teenagers now and especially in Los Angeles when there’s access to everything. We didn’t grow up with Postmates and Uber, where you have everything that you want. There are certain rules and I enforce them, and there’s different rules at that [Sheen’s] house and that’s OK.”

The star also noted that “Charlie and I, we were on different pages from the beginning.”

MARTIN SHEEN ON SON CHARLIE SHEEN’S SOBRIETY: ‘HIS RECOVERY AND HIS LIFE IS A MIRACLE’

Richards then said that the former couple’s daughter is “not in school,” seemingly referencing how Sami is working toward her GED. She also said she doesn’t “agree with certain things” her ex-husband does.

“But that’s OK. We can agree to disagree,” Richards said, adding that she’s “not super strict.” However, she does have “rules and boundaries.”

A source told Us Weekly that mother and daughter have since reconnected.

“They are getting along very well,” said the source, adding that Sami “loves her dad.”

Sheen and Richards married in 2002 before splitting in 2006. They also share a 17-year-old daughter named Lola Rose Sheen.

“Click the link in my bio if you wanna see more,” she captioned a photo of herself wearing a black triangle bikini. She also promised to “upload new content 2-3 times a week.”

“My messages are open so come talk to me!!” she added.

‘Swagger’ Renewed for Season 2 at Apple