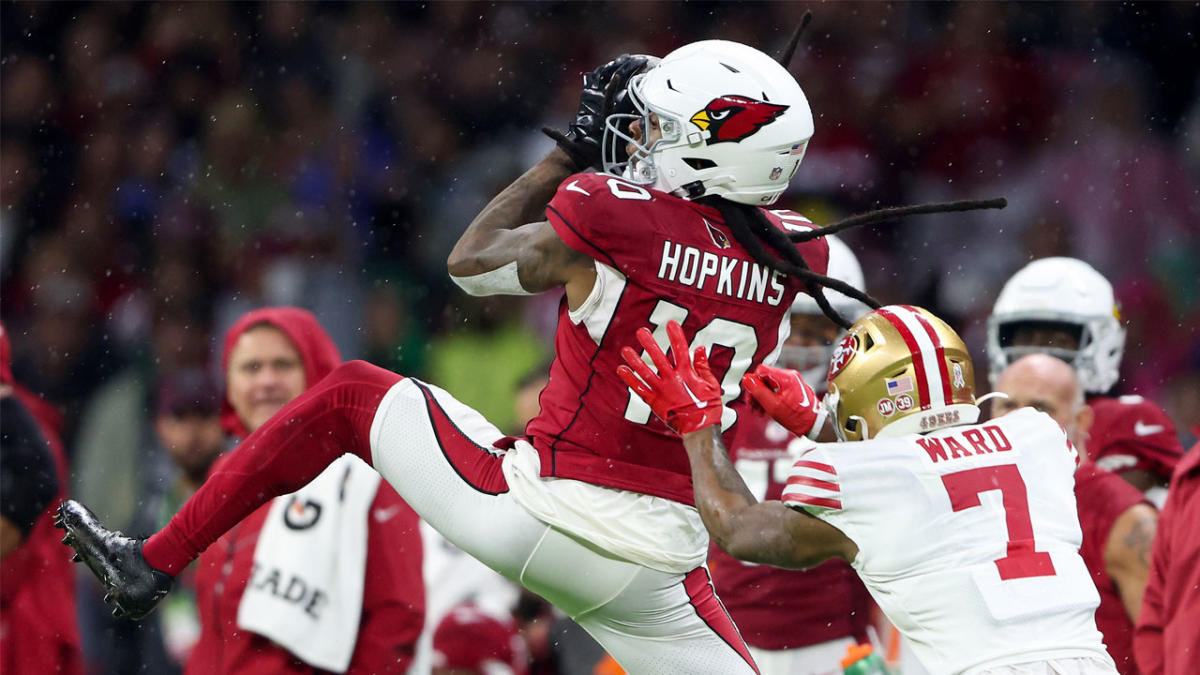 There is no love lost between cornerbacks and wide receivers in the NFL.

Hopkins often was matched up with 49ers corner Charvarius Ward and the two were seen chirping at each other throughout the game. However, in speaking to 49ers broadcasters Greg Papa and Tim Ryan after the game on KNBR 680, Ward recalled the feisty matchup with the five-time Pro Bowler.

“D Hop, he thinks he’s a tough guy,” Ward said. “He thinks he still one of the best receivers in the league and he’s really not. He was trying to talk noise and talk hard all game. We’re not scared of him. He thought we were scared of him. He tried to intimidate us, but forget him, we did our thing. We went out there and got a dub and we did our job. He was just yip-yapping all game, but we don’t care about that. We just wanted to win.”

Not only was Ward unimpressed by the 30-year-old, but admitted to having no respect for Hopkins’ game after the wide receiver’s “dirty” antics in the game as well as Hopkins being suspended for the first six games of the season after violating the NFL’s Performance Enhancing Drug Policy.

“He was getting locked up,” Ward recalled. “He was doing some dirty things,” Ward said. “He tried to clip me, he grabbed me by the throat. He grabbed my facemask on one play, so I don’t respect his game. That’s steroid boy.”

After his return to the field in Week 7, Hopkins has caught a combined 45 receptions for 487 receiving yards and two touchdowns in Arizona’s last five games.

Hopkins’s solid performance against the 49ers in Mexico City, plus Ward’s fiery comments after the game, should make for a very interesting matchup when the two teams face off again in Week 18 to close out the regular season.

Fact or Fluke: Are rookie breakouts for real?

The Americans couldn't complete their comeback in the second half against the Netherlands in a 3-1 loss in the Round...