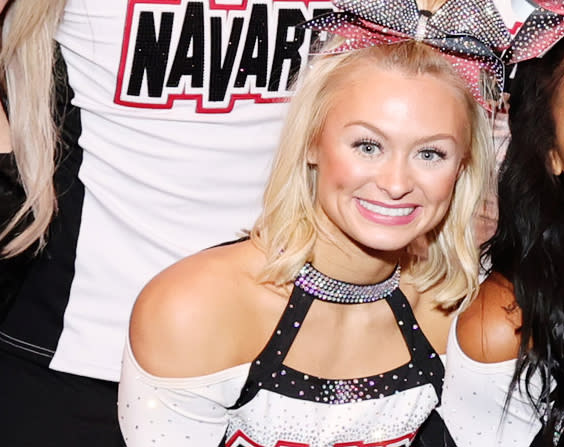 The father of “Cheer“ star Cassadee Dunlap was shot after he accidentally entered the wrong apartment in Little Rock, Arkansas, according to a police incident report.

The incident occurred just after 3 a.m. when Dunlap entered the apartment of Joshua Womack, according to the report.

Womack, 23, told police that he was sleeping and woke up to banging on his front door, the report stated. He armed himself with a firearm.

“Womack stated when walking around the corner he observed Ronald Dunlap in his kitchen,” according to the report. “Womack advised he fired approximately 5-6 rounds.”

Dunlap was found lying on the ground in the apartment suffering from multiple gunshot wounds, police said. Officers also observed that the apartment’s front door was split and damaged.

Dunlap’s nephew told officers at the scene that Dunlap “accidentally walked into the wrong apartment and was shot,” according to the report.

Womack told NBC News that he feared his home was being broken into. He said he has lived in the apartment complex for two and half years and had never met Dunlap before.

“I thought someone was coming to break in and attack me. That was the only thing I could think of at the moment,” he said Wednesday.

No charges have been filed pending a review, police said. Dunlap’s family could not be reached at phone numbers listed for them.

Cassadee Dunlap appears on the Netflix series “Cheer,” which follows a group of student cheerleaders at Navarro College in Texas. She has not publicly commented on the shooting.

The Netflix docuseries made headlines repeatedly after former star Jerry Harris was indicted in 2020 on child sex abuse image charges and sentenced in July to 12 years in prison.

This story first appeared on NBCNews.com.

This article was originally published on TODAY.com

A Gainesville man died after a fight in 2020. A second man has now been sentenced in the case