Chiefs’ Travis Kelce: ‘I owe a lot of my career, if not all my career’ to Andy Reid

Djokovic is no 'villain' - took me 10 years to get over cheat storm: Azarenka 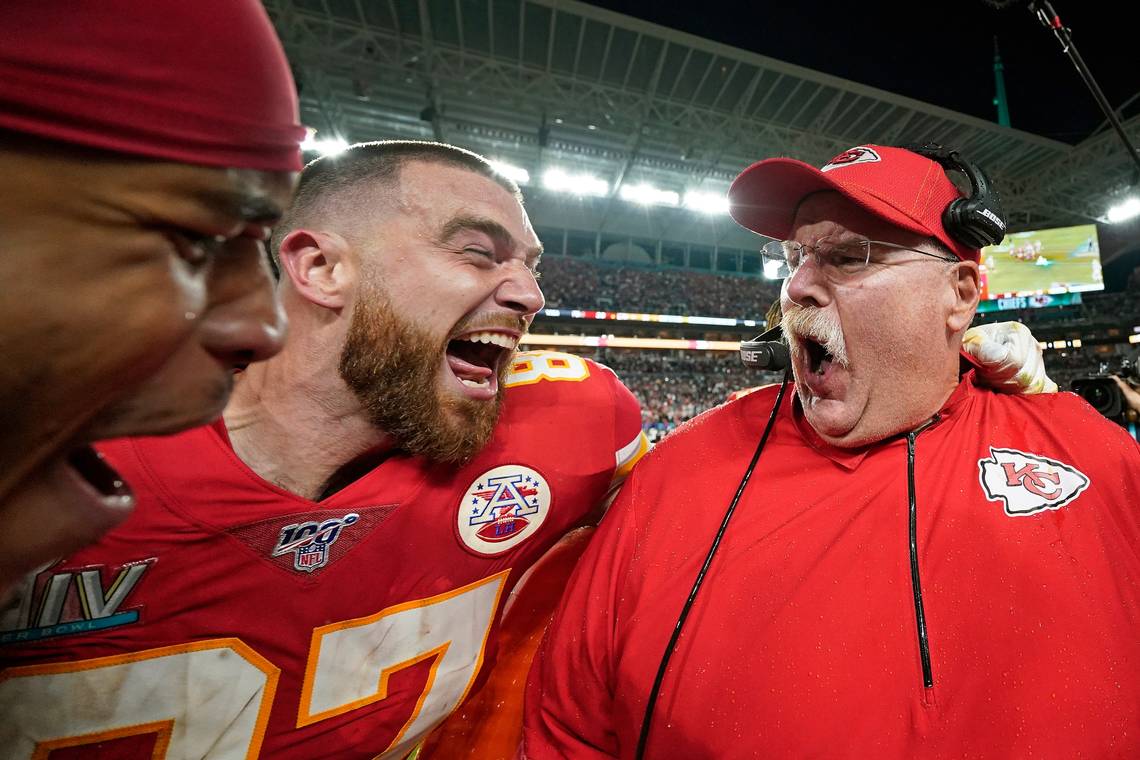 In his first draft as head coach of the Chiefs, Andy Reid used a 2013 third-round selection on tight end Travis Kelce.

In their first season together, Kelce appeared in just one game. Four Chiefs tight ends combined for 53 receptions for 541 yards and five touchdowns. Sean McGrath and Anthony Fasano were the leading tight ends, and Kelce didn’t make a catch.

The following season, Kelce appeared in all 16 games for the Chiefs, making 11 starts. He had 67 catches, 862 receiving yards and five touchdowns. By 2016, Kelce topped 1,000 yards receiving and he has reached that plateau every year since, including the past five seasons with Patrick Mahomes at quarterback..

Kelce is the NFL’s preeminent tight end, and he is grateful to be playing for Reid. On this week’s episode of his “New Heights” podcast with his brother, Jason, Kelce toasted Reid’s 10 years with the Chiefs and the impact Reid has had on Kelce’s career.

“I mentioned it before how he’s changed the tight end position for a guy like me,” Kelce said. “What the tight end looks like in this offense is way different than what it was when I first got into the league, especially here in Kansas City with Alex Smith and then Pat, having Tyreek (Hill) out there, changed a lot of what we were doing in the type of routes that I could run. But Coach Reid nonstop evolved this tight-end position for me, and I can’t say how much I love him for that.

“Coach Heck, Andy Heck, our offensive line coach, run-game guy, also helped transition me into that role. Seeing how much of the RPOs (run-pass option) have changed the tight end position and the offense in general. And with that, it’s just like the evolution and coach Reid being the creative genius behind it. A lot of people don’t understand, coach Reid was a tight end coach in Green Bay, he understands that position. He was an o-line coach in college. So he gets the grand scheme of things for sure. And he understands the type of mismatches a tight end could have.

Jason Kelce, who was drafted by the Eagles when Reid was coaching Philadelphia, asked Travis for his favorite story about Reid.

It took Kelce a while to come up with one he wanted to share, but he told a funny tale from last week. The Chiefs had just played the Broncos and were preparing for the Saturday game in Las Vegas.

“I was feeling it after last game and we had a short week this past week,” Kelce said. “So we played the Broncos, got banged up took a few big hits. And I I’m trying to go to work on a Tuesday and we have walk-through and stuff so I’m walking around out there in … some shoes that I’ve had in my locker for since like 2015. And I got this long sleeve on. I probably hadn’t had a hair cut in like two weeks, and I’m moving 10 times slower than everybody else.

“And Coach Reid, we’re watching the film afterward, and we’re just watching walk through. (He) pauses, circles me with the laser and says, ‘This is what 7 on 7 at the retirement home looks like.’ I’m just the oldest one of the room moving the slowest, (I’m) just like that’s a good one, Big Red.”

Kelce laughed as he told the story and it showed off Reid’s sense of humor and how his players love him.