Bernard Arnault: The Richest Man Alive Who Most People Know Nothing About

‘It is an employer’s market’: Tech layoffs may have turned the Great Resignation into the Great Recommitment

China Slams US on Debt Limit and Accuses Washington of Sabotage

BYD topped the overall Greenpeace ranking that comprised SAIC, Great Wall Motor, Chery, GAC, Chang’an, Dongfeng, Geely, BAIC and FAW. The Shenzhen-based carmaker is the only Chinese carmaker at the COP26 climate summit in Glasgow last year to commit to selling only zero-emission cars globally by 2040. In April, BYD further announced it had stopped producing combustion engine vehicles and would only make electric and plug-in hybrid cars.

While battery-powered cars accounted for 43.7 per cent of BYD’s total sales in 2021, the proportion was less than 14 per cent at each of the other nine carmakers.

On net-zero commitments, only six of the 10 carmakers have announced targets. Chang’an, Geely and Great Wall plan to achieve net zero by 2045, and BAIC, GAC and FAW after 2050. However, the targets set by most of the carmakers lack either a reduction target timetable, or a clear scope of commitment, Greenpeace said, adding that they also need to improve emission data disclosure and take steps to decarbonise their manufacturing processes and supply chains. Five carmakers – SAIC, Chang’an, BAIC, Chery, and FAW – have not disclosed emissions data even for their own operations.

EV sales in China, the world’s largest market, reached 3.52 million units last year, almost doubling from the previous year, according to data from the China Association of Automobile Manufacturers. 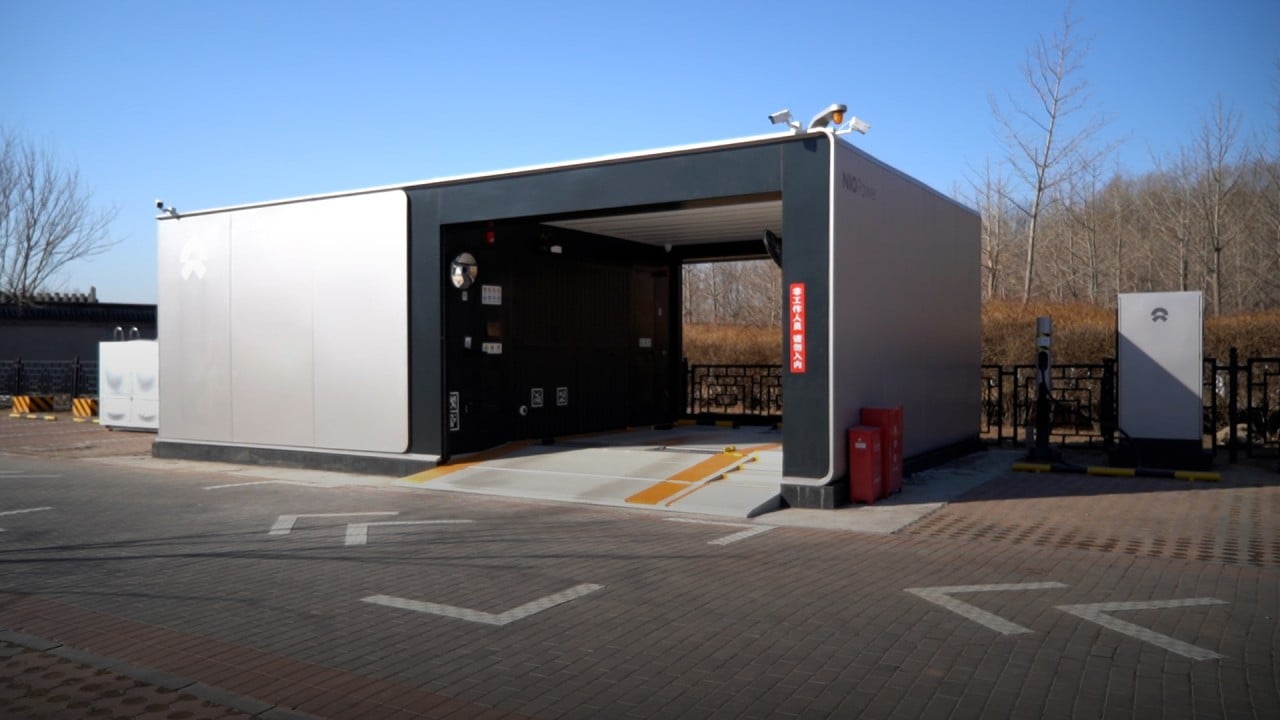 According to the China Automotive Technology & Research Center, the nation’s car industry emitted greenhouse gases equivalent to 1.2 billion tonnes of carbon dioxide in 2021, more than the annual carbon emissions of Japan.

Although EV sales ballooned during the first half of this year, the per unit cost of EVs in China is still higher than conventional cars. EVs are becoming cost competitive and are likely to reach price parity in China within the next five to 10 years, according to the International Council on Clean Transportation.

“Auto companies in China should accelerate their investment in EV technology, so that they are ahead of the curve, rather than falling behind due to a focus on short-term profits at the expense of long-term strategy,” said Bao.

“If China’s top auto manufacturers aspire to be world leaders, they must show they can undertake the global responsibility to fight climate change,” he added.

As trade fairs flounder, why is Hong Kong easing out of Covid-19 so slowly?

George Santos Even Claimed He Was Victim of Assassination Attempt

MSNBC Rep. George Santos (R-NY), the habitual liar who fabricated large swathes of his work history and personal background before...

Brady had a banner day on his own podcast Monday.

Rebel Wilson doubles down on promoting Dubai after LGBT backlash

Rebel Wilson sparked controversy this week when she went on a promotional trip to Dubai despite the anti-LGBT laws of...

‘I miss her smile’: Family, friends remember woman killed in Sheraden on anniversary of her death

Friends and family gathered Monday to remember a local woman who was killed in Sheraden last year. It’s been one full...

The Cowboys' loss to the 49ers proved to be costly for one famous Texas gambler.