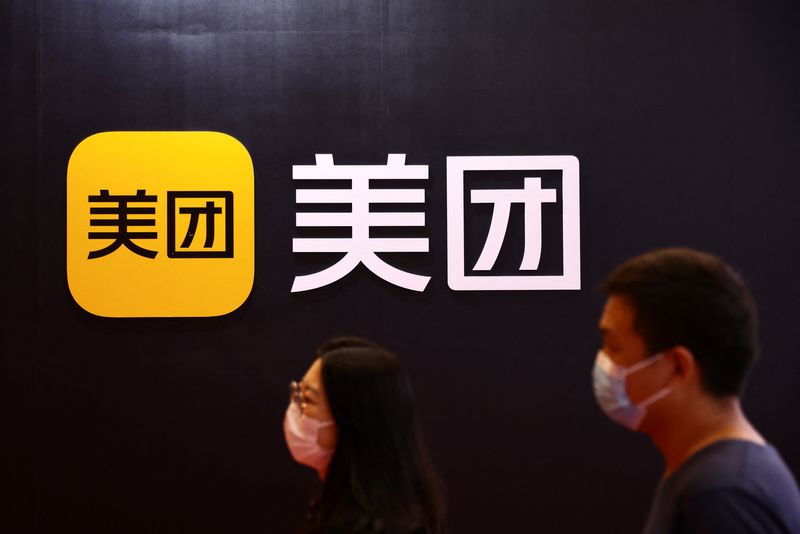 BEIJING (Reuters) -Chinese food delivery giant Meituan reported better than expected quarterly revenue growth of 28.2% on Friday and swung back to profit as the company recovered from COVID-19 curbs.

The company swung to a quarterly profit of 1.22 billion yuan from a loss of 9.99 billion yuan a year earlier, as it pulled the brakes on heavily funding its new initiatives.

Investor Tencent Holdings, China’s social media and gaming giant which owns 17% of Meituan, said last week it would return capital to shareholders through a dividend distribution of its $20 billion stake which represents roughly 15.5% of the total shares issued.

Meituan said at the time it would maintain its mutually beneficial business relationship with Tencent after the divestment.

Meituan’s Hong Kong-listed shares have lost nearly half their value in the last 12 months.

As several major Chinese cities, including Beijing, Guangzhou and Chongqing, have significantly tightened pandemic controls amid new waves of outbreaks, analysts warned of a bigger negative impact on consumer demand for Meituan’s businesses over the fourth quarter.

(Reporting by Yingzhi Yang and Brenda Goh;Editing by Mark Potter and Elaine Hardcastle)