April Jones: Is the internet safer after April Jones' murder? 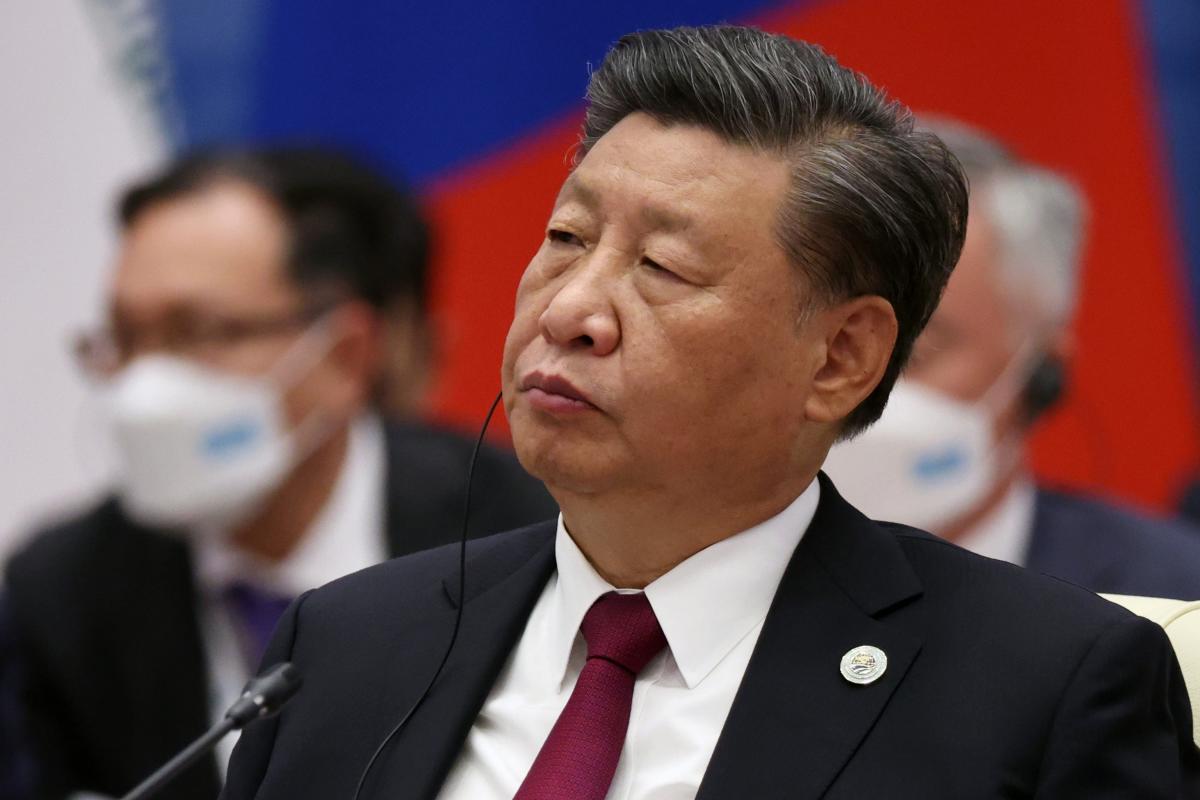 Xi’s comments at a security summit with Russian President Vladimir Putin and leaders from Central Asia, India and Iran reflect official Chinese anxiety that Western support for pro-democracy and human rights activists is a plot to undermine Xi’s ruling Communist Party and other authoritarian governments.

“It is important not to allow attempts by external forces to provoke a color revolution,” Xi said in a speech to leaders of the eight-nation Shanghai Cooperation Organization, according to RIA Novosti. It said he called on them to “jointly oppose interference in the affairs of other countries under any pretext.”

A separate Chinese-language text released by Xi’s government called for efforts to “resist any attempt” to “destabilize the region” but didn’t mention color revolutions. It called for more law enforcement cooperation to “prevent terrorist and extremist forces from jeopardizing regional security.”

The Shanghai Cooperation Organization was formed by Russia and China as a counterweight to U.S. influence. The summit is part of Xi’s first trip abroad since the outbreak of the coronavirus pandemic 2 1/2 years ago, highlighting the importance to Beijing of promoting its strategic ambitions.

The one-day summit in the ancient city of Samarkand occurred against a backdrop of Russia’s attack on Ukraine and fighting between Azerbaijan and Armenia.

President Recep Tayyip Erdogan of Turkey, a “dialogue partner” of the group, attended the summit and planned to hold talks with Putin on the status of a deal under which wheat exports from Ukraine through the Black Sea resumed.

Xi is promoting a “Global Security Initiative” announced in April following the formation of the Quad by the U.S., Japan, Australia and India in response to Beijing’s more assertive foreign policy. Xi has given few details, but U.S. officials complain it echoes Russian arguments in support of Moscow’s actions in Ukraine.

China’s relations with Washington, Europe, Japan and India have been strained by disputes about technology, security, human rights and territory.

Central Asia is part of China’s multibillion-dollar Belt and Road Initiative to expand trade by building ports, railways and other infrastructure across an arc of dozens of countries from the South Pacific through Asia to the Middle East, Europe and Africa.

On Thursday, Putin held a one-on-one meeting with Xi and thanked the Chinese leader for his government’s “balanced position” on the Ukraine war. Putin said he was ready to discuss unspecified “concerns” by China about Ukraine.

Xi, in a statement released by his government, expressed support for Russia’s “core interests” but also interest in working together to “inject stability” into world affairs.

The Xi-Putin meeting “makes clear that the partnership between China and Russia indeed has limits,” said Eurasia Group analysts in a report.

Xi’s government, which said it had a “no-limits” friendship with Moscow before the attack on Ukraine, has refused to criticize Russia. Beijing and India are buying more Russian oil and gas, which helps Moscow offset Western sanctions.

“China has never approved of the Russian invasion” but is committed to “deepening strategic ties with Moscow as a counterweight to Western influence,” they said.

China wants a negotiated end to the Ukraine war, said Li Xin, director of the Institute of European and Asian Studies of Shanghai University of Political Science and Law.

“China will not judge whether the special military operation of Russia is just or not,” Li said.

The reference to stability “is mainly related to China-U.S. relations,” said Zhang Lihua, an international relations expert at Tsinghua University.

“The United States has been using all means to suppress China, which forced China to seek cooperation with Russia and the role of the SOC,” Zhang said.

After the meeting, Russian Foreign Minister Sergey Lavrov said views on international affairs by Moscow and Beijing “fully coincide. We don’t have any differences.”

Observers say Russia will likely grow increasingly reliant on China as a market for its oil and gas as the West moves to establish a price cap on Russian energy resources and potentially cut their imports altogether.

Russia was forced to pull back its forces from large swaths of northeastern Ukraine last week amid a swift Ukrainian counteroffensive. Ukraine regaining control of several Russian-occupied cities and villages represented Moscow’s largest setback since its forces had to retreat from areas near the capital early in the war.

Putin also met with Iranian President Ebrahim Raisi, whose country is on track to join the Shanghai Cooperation Organization. Raisi said Moscow and Tehran were finalizing a treaty that would bring their relations to a “strategic level.”

Al Jazeera gets the North and Central American perspective ahead of the World Cup.

WARSAW, Poland (AP) — Jerzy Urban, a spokesman for Poland’s communist-era government in the 1980s who masterminded state propaganda and...

ISTANBUL (AP) — Vladimir Putin’s military draft “changed everything” for the tens of thousands of Russians who have fled their...