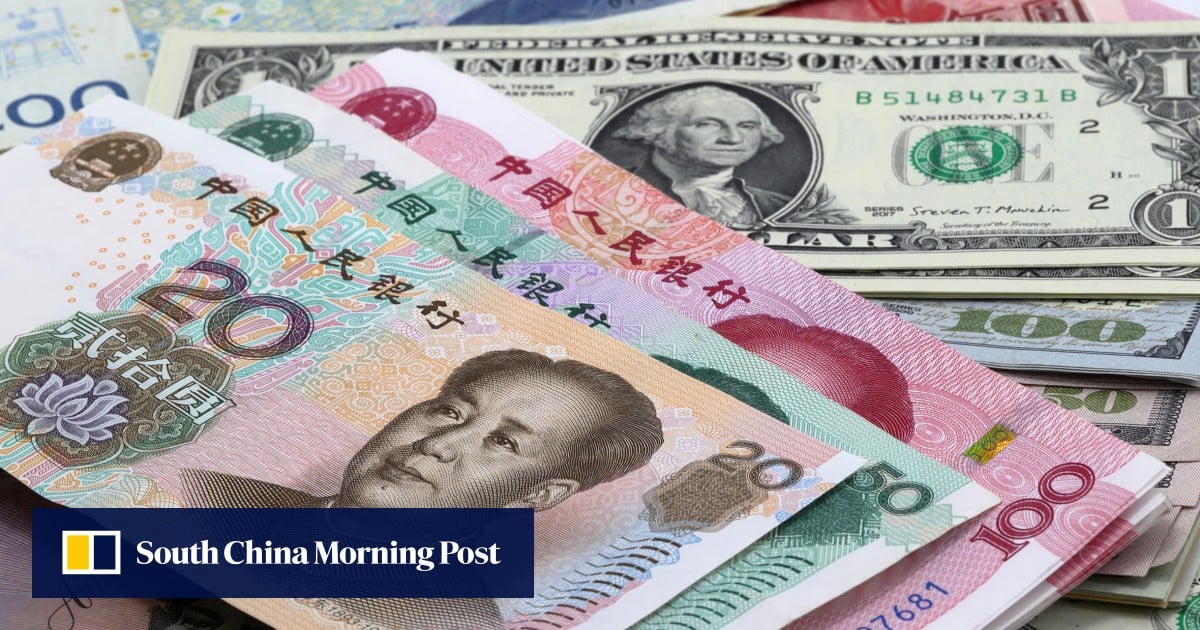 Felix Chang, a visiting law professor at the Ohio State University, agreed no direct line could be drawn at present between CIPS and sanctions evasion.

“If it’s all still dollar-denominated transactions at the international level, CIPS can’t leverage its way into displacing the dollar and therefore SWIFT,” Chang said at the same event.

Experts in worldwide financial payments have debated whether Beijing was trying to circumvent Western embargoes aimed at Moscow. US officials earlier this year said evidence of such an effort was thus far scant.

Meanwhile, Chinese analysts have argued that the financial sanctions against Russia served as a wake-up call for Beijing to bolster its own cross-border payment system amid a growing risk of economic decoupling with Washington.

Launched in 2015, CIPS was created to provide an independent international yuan payment and clearing mechanism connecting both onshore and offshore clearing markets and participating banks.

The system is widely considered a major infrastructure to facilitate large-scale international use of the Chinese yuan, a mission started after the global financial crisis more than a decade ago. Support for CIPS appeared to gain traction as Beijing rolled out its ambitious trade-themed Belt and Road Initiative.

China’s expansion efforts of its financial systems go beyond CIPS. It leads the race among global central banks in the research and application of digital currencies with its digital yuan, also known as e-CNY, which offers an alternative to the US dollar in global settlements and broadens international use of the yuan.

CIPS now counts 1,353 users across 107 countries and territories, including 77 directly participating banks and 1,276 indirect participants, according to its Shanghai-based operator, CIPS Co, Ltd.

As of the end of last month, the system has processed nearly 3.49 million payment transactions, or a total value of about 78.5 trillion yuan (US$10.9 trillion) – up 27 and 20 per cent respectively from a year earlier, data from the operator showed.

“We call on banks and companies to proactively use the yuan on the one hand during trade, and push their trade counterparties to accept the yuan on the other hand,” CIPS CEO Xu Zaiyue said during the China International Import Expo on November 5.

“We can well resist the risk of exchange rate volatility through settling in yuan,” he added.

Speaking last month at the 20th National Congress of the Communist Party of China, President Xi Jinping called for promoting internationalisation of the yuan “in an orderly way”. That statement represented an arguably more committed tone than proceeding “in a prudent manner”, as Xi urged two years ago.

Yet SWIFT dwarfs CIPS in scope and scale. The Belgium-based association was founded in the 1970s and now encompasses more than 11,000 institutions spanning more than 200 countries and territories.

No Russian bank directly participates in CIPS now. And many economists believe China is unlikely to achieve a real internationalisation of the yuan without full capital-account liberalisation – a matter that has seen no major progress in years.

The Chinese yuan retained its position as the fifth-most active currency for global payments by value in October, with a share of 2.13 per cent. However, that showing puts it far behind the US dollar’s 42.05 per cent, according to data from SWIFT.

Jin of the Centre for a New American Security said alternative payment systems like CIPS would not pose a meaningful challenge to the US as long as the US dollar continued to be a pre-eminent currency in the world.

At the same time, CIPS could still become a more reliable pipeline with certain measures and pose a national security threat to the US, she said.

“China CIPS are developing. The United States should focus on how it can maintain leadership in international finance and continue to exert influence in a global financial ecosystem,” said Jin.

She recommended the US government support monitoring all alternative payment platforms outside the US, with measures to restrict their advancement and prevent sanctioned entities from taking advantage of these systems.

But Chang argued that CIPS was complementary and not necessarily antagonistic towards the established system.

He believed some American practices, like the liberal use of dollar-denominated sanctions, were responsible for substituting the US dollar in trade, a process known as de-dollarisation.

“There’s a lot that we’re doing to prompt de-dollarisation, raising interest rates with abandon without regard to what effect it has on the purchasing power of a lot of emerging economies,” Chang said.