Both men took care to note the significance of their elections.

At his inauguration on November 7, Sim noted that 135 years earlier, the first Chinese immigrants were required to pay a discriminatory tax to be allowed to work in Canada and build the western side of the transcontinental Canadian Pacific Railway.

“The history of this moment is not lost on me. But the honour truly does go to those whose shoulders I stand on,” he said, naming Chinese-Canadian politicians and leaders in the past decades, including David Lam, the province’s first Chinese-Canadian lieutenant governor, and Douglas Jung, a war veteran, lawyer and politician.

Yu said he believed that Prince George was dispelling a reputation as a “redneck town”, and that it welcomes diversity.

“I think the immigrants in Prince George, they were very, very excited that somebody like myself – first generation from Hong Kong – can do this,” Yu said.

Henry Yu, an associate professor at the University of British Columbia specialising in Chinese-Canadian history, called Sim’s victory as the first Chinese-Canadian mayor in one of the country’s largest cities an important event.

“Ken Sim is a change candidate, and his election slate has a set of people who want to get stuff done,” Yu said of Sim’s strong win despite a lack of political experience.

Small cities like Prince George, he noted, have on occasion had ethnically Chinese mayors, among them Peter Wing, the first Chinese-Canadian mayor in Kamloops more than 50 years ago; and Alan Lowe, mayor of Victoria, British Columbia’s capital city, from 1999 to 2008.

Speaking of Simon Yu’s success, Henry Yu (no relation to Simon) added: “It’s not a big surprise, his personal reputation and social relationships mean almost everything in small towns, where it’s about face-to-face politics, versus a manufactured personality selling law and order.”

Four years ago Sim narrowly lost his first mayoral bid by fewer than 1,000 votes. Determined to win this year, he did so decisively; his slate of city councillors also got voted in, giving Sim’s ABC Vancouver party a super majority in city council.

His inauguration included speeches from First Nations leaders, blessings from representatives of five religions and a pair of Chinese lion dancers.

A priority will be hiring 100 police officers and 100 mental health professionals to address the opioid crisis that has left several streets near Chinatown into a homeless preserve – some of whom have turned to physical attacks and petty crime.

Another pressing issue is housing; according to census data, in 2021 more than 166,000 Vancouver residents lived in homes that have stretched their budgets, are inadequate or unsuitable for their circumstances – up from 145,000 a decade earlier.

Simon Yu said that Prince George, 780km (485 miles) north of Vancouver, has a lot of potential thanks to its location and infrastructure, and he has a multi-generational plan to entice people to settle there.

The city’s key industries of mining, forestry, manufacturing and transportation contribute over 50 per cent of British Columbia’s economy and its proximity to the port city of Prince Rupert enables Prince George to ship its products overseas.

In addressing the opioid and homelessness crises, Yu plans to draw on his experience building emergency shelters for victims in Aceh province of Indonesia after the tsunami in 2003. He hopes to involve the homeless people in building the shelters together.

“It’s not just giving them a home, they probably have lost their contact with their family, they’ve been abandoned by society. So I look at this in an Aceh experience when after the tsunami, people lost their relatives, and kids lost their mums and dads.

“So this is the same thing, you’re building shelter [for the homeless], it is a way to re-engage the community to rebuild the community,” he said.

Yu first came to Prince George for schooling at 14, after his mother felt it would be better for him to go to Canada to improve his English.

The move was a big culture shock to the teenager, but Yu adjusted. He went to school not only with locals but also immigrants from Germany and Italy as well as First Nations people. 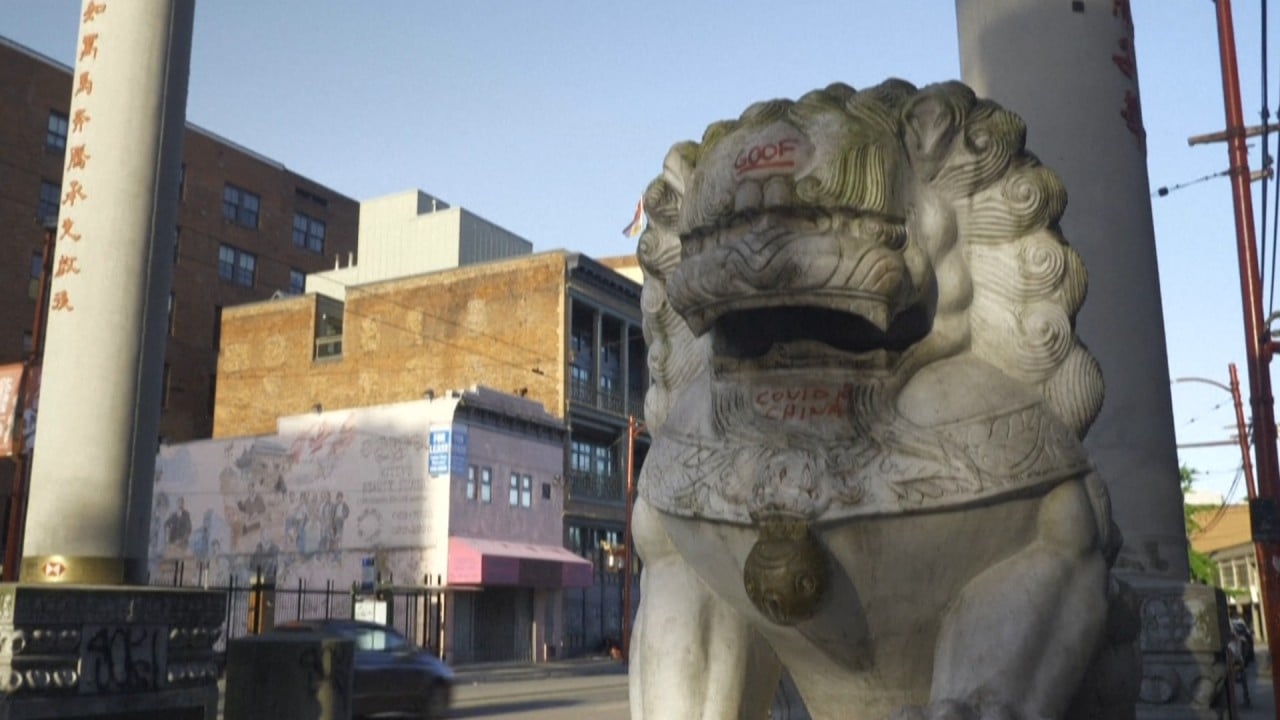 Anti-Asian attacks increase in Canada since start of coronavirus pandemic

Later he became a structural engineer and worked in Rankin Inlet in the Northwest Territories, now called Nunavut, in the late 1980s, becoming the hamlet’s youngest municipal manager at 26.

He returned to Prince George in the 1990s and set up his own engineering consultancy. Yu became a board member of the University of Northern British Columbia and a director of the Prince George Airport.

Today he has six children – including a son playing professional basketball in Hong Kong – and eight grandchildren.

Sim’s family also came to Canada from Hong Kong in 1967 when anti-government riots left the city in turmoil. He told The Vancouver Sun they arrived with only C$3,200 and remembers seeing his parents up late at night and his mother at 3am in tears.

“I didn’t realise what that meant at the time, but in hindsight my mom was concerned about where we would be living the next week.

“We couldn’t make rent. And you know it was challenging back then to find a place that would take on five kids and a dog.”

The family moved several times, with Sim attending five different primary schools; he was subjected to racism, and in high school was nearly recruited into a gang.

The youngest of five children, Sim worked through high school in various jobs, from cleaning toilets at a fast-food restaurant to being a cook and waiter.

He studied business and later became an accountant and investment banker; he now has a business providing healthcare services to seniors at home, as well as a bagel shop. He and his South Asian wife, Teena Gupta, have four sons.

During his victory speech, Sim repeated the advice his parents gave him as he grew up: “You can’t lose if you don’t give up.”