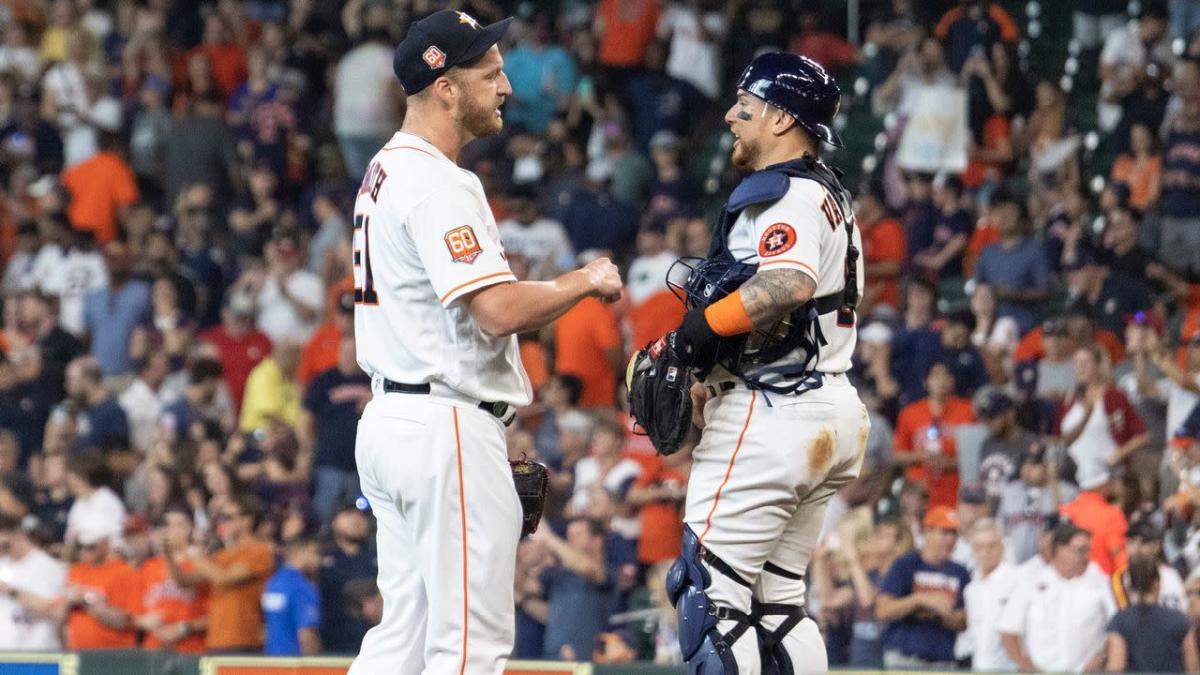 Alex Cora’s plan was to reset the bullpen in Wednesday’s game against the Houston Astros. Left-handed pitcher Rich Hill would start the game for the Boston Red Sox with rookie Brayan Bello coming on in relief.

Unfortunately, all did not go according to plan. Bello entered in the top of the fourth inning, but only threw 19 pitches before walking off the mound with trainers due to a left groin strain.

“I saw it actually right before the at-bat (against Jeremy Peña), he was stretching out,” Cora told reporters after Boston’s 6-1 loss, via NESN.com. “Then he threw two pitches, he didn’t do much, and that one he stepped back.”

Cora wasn’t the only one to notice Bello’s pain. Christian Vázquez, who was traded from the Sox to the Astros only two days prior, showed concern for his former teammate.

“There was a catcher (Vázquez) on the other side paying a lot of attention, too, and pointed and I was like ‘I got it, yeah,’” Cora said. “Hopefully it’s nothing serious, nothing that is X amount of days and he can be OK.”

Bello had hoped to build upon his performance against the Milwaukee Brewers last week, where he pitched four innings and allowed only two runs.

“Obviously, he’s very important. He felt like, ‘Give me one more pitch to get this thing over with.’ But if I let you throw and you really get hurt, I’ll be going to Caguas (Cora’s hometown in Puerto Rico),” Cora joked, per Boston.com.

The 23-year-old pitcher spoke to the media after Wednesday’s game to provide further insight into his injury.

“I felt it a little bit on my last pitch to Vázquez (as a hitter),” Bello mentioned. “The following pitches, I started to feel it a little bit more and more. I decided to stop.”

As for when Bello will be back in the pitching rotation, the question still remains.

“I hope it’s not that long. Honestly, I don’t know how long it’s going to be,” Bello told the media, per MLB.com.

Right-handed pitcher Nick Pivetta is projected to start Thursday night’s game for the Red Sox against the Kansas City Royals. Hopefully, the Sox can bounce back after their Wednesday loss with the help of their new first baseman Eric Hosmer.