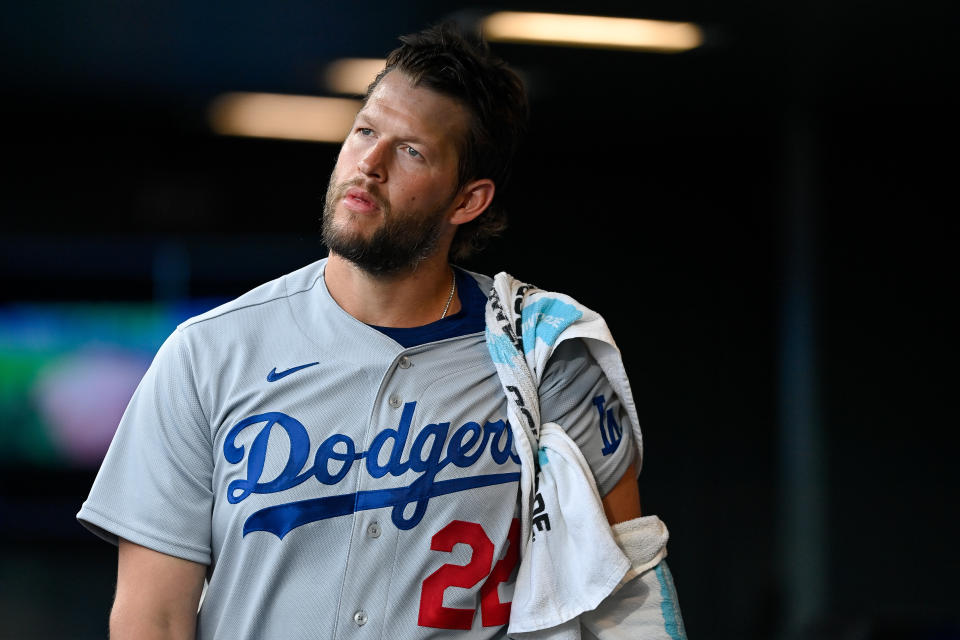 Clayton Kershaw exited a game early on Thursday due to yet another issue with his back, and now the Los Angeles Dodgers will be holding their breath.

The longtime Dodgers pitcher was throwing warm-up pitches before the bottom of the fifth inning when he stopped and signaled to the dugout that something was wrong. Amateur lip-readers believed him to say “my back” as he walked off the mound.

Kershaw exited with four strikeouts and two runs allowed (one earned) in four innings of work.

The Dodgers announced around an hour later Kershaw exited with lower back pain.

The severity of Kershaw’s injury remains unclear, but his history of back issues is hard to ignore. The 34-year-old has hit the injured list with back-related injuries in five different seasons since 2014, though none of those injuries have ever been season-ending.

Kershaw has already hit the injured list once this season due to right SI joint inflammation, missing about a month of action between May and June. He’s been stellar when on the mound, entering Thursday with a 2.66 ERA, 84 strikeouts and a 0.984 WHIP in 81.1 innings across 14 starts.

Any time missed for Kershaw would be a blow to the Dodgers, who have already dealt with significant injuries to starters Walker Buehler and Andrew Heaney this season, plus several bullpen arms. They are also still awaiting the return of Dustin May, currently on a rehab assignment in his recovery from Tommy John surgery.

When healthy, the Dodgers have an abundance of starting pitching to the point they decreased their rotation depth at the trade deadline by sending Mitch White to the Toronto Blue Jays. That health was a significant question mark, though, and even more so as of Thursday

Jimmy Johnson responds to Jerry Jones: I don’t know that I’ve ever sniveled