CMPD: Arrest made after suspect fires gunshot at officers, leads them on pursuit into Fort Mill 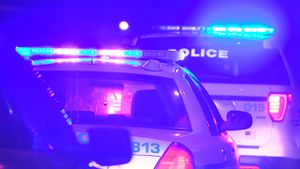 An armed burglary suspect that fired a gunshot at officers and them on a pursuit is in custody but a second suspect is still on the run, according to the Charlotte-Mecklenburg Police Department.

When officers approached the two suspects, police say one of them fired a single gunshot at them. The suspect who fired the shot then jumped into a vehicle and led officers on a pursuit, which ended across state lines in Fort Mill.

Law enforcement in South Carolina helped CMPD with the pursuit of the vehicle, the ground search and the arrest of the suspect.

Police are still working to identify the second suspect. Channel 9 is working to learn more information.

Brazil.. the arrest of the Minister of Justice during the Bolsonaro era

We asked House lawmakers about scandal-plagued Rep. George Santos. Most Republicans want nothing to do with him.