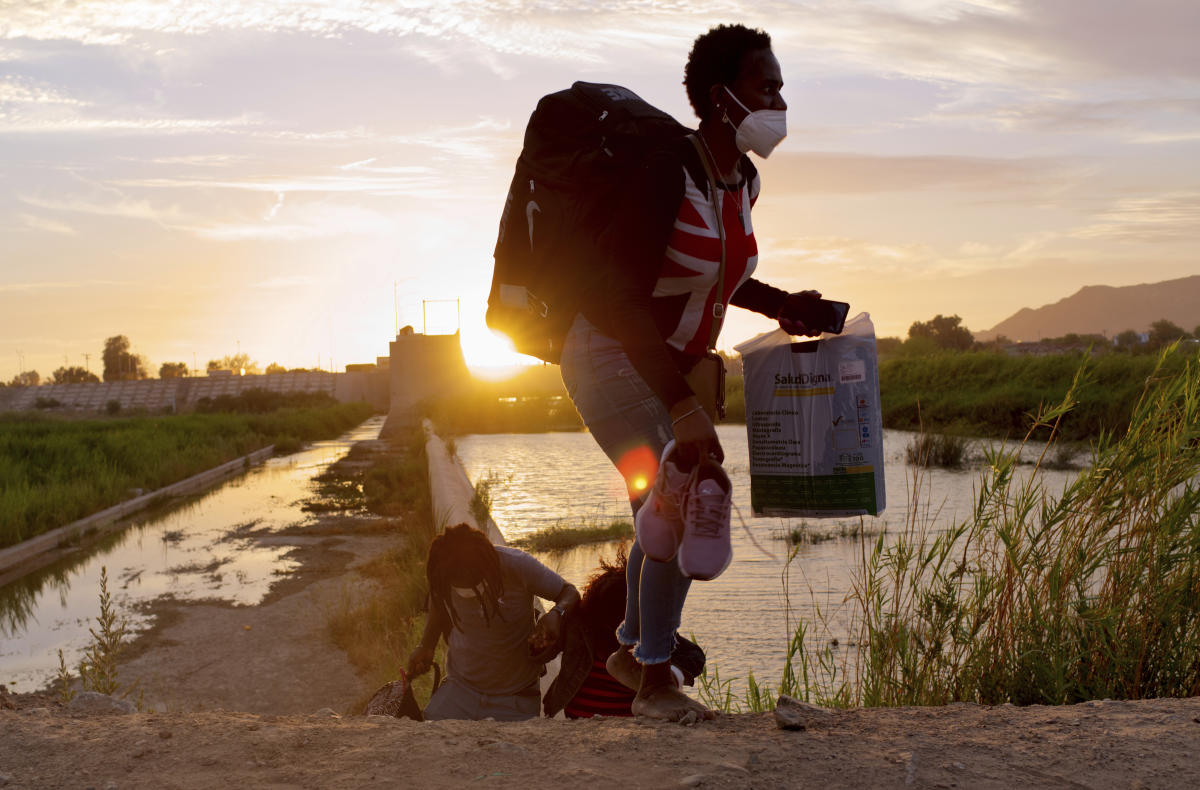 However, the Democratic governor told POLITICO shortly afterward that the state has been helping asylum seekers reach their final destinations — including New York City — for weeks. The only change has been a recent winter storm and ensuing travel catastrophe that created a backlog of migrants wanting to leave Denver, which is now being cleared.

Adams made his comments during a radio appearance Tuesday morning.

“We were notified yesterday that the governor of Colorado is now stating that they are going to be sending migrants to places like New York and Chicago,” Adams said during a radio appearance. “This is just unfair for local governments to have to take on this national obligation.”

An aide to Adams said the mayor’s administration was told about the influx Monday evening.

Like many major cities around the country, Denver has been struggling to provide services for a surge of people who have fled their home countries in Central and South America, crossed the southern border and sought asylum in the United States. Last month, Denver Mayor Michael Hancock declared a state of emergency and later appealed to the local Catholic archdiocese for assistance. He and Polis — both Democrats — also launched a fund to raise money to support services for migrants.

In total, Polis said the state has recently made $4 million available to assist with expenses. And while most asylum seekers who arrive in Denver are traveling to other destinations, the cost of helping them purchase bus tickets constitutes a fraction of the overall pot of cash.

In light of the recent winter storm that snarled holiday travel — with Southwest Airlines’ logistical meltdown leading to a rush on bus tickets — the Denver mayor’s office reached out to the Adams administration to let them know that more migrants than usual may be arriving by bus, according to Polis, who expected levels to moderate within a week or two.

“There is a lot of pent-up demand right now and a lot of frustration among our migrants who have been trapped for a week or two in a place they didn’t want to be through no fault of their own,” he said.

Spokespeople for Hancock did not return a message.

Thousands of migrants have attempted to cross into the U.S. from the southern border in recent weeks, in part because a Trump administration border policy, known as Title 42, was set to expire in December. The Supreme Court last week blocked the lifting of the policy, which allows the U.S. to expel migrants to stop the spread of Covid-19.

Texas GOP Gov. Greg Abbott over the spring and summer bused thousands of migrants from the border to blue strongholds like New York, Washington, D.C., and Chicago, while Florida Republican Gov. Ron DeSantis flew nearly 50 mostly Venezuelan migrants from Texas to Martha’s Vineyard. He claimed it was to bring attention to the border situation.

But in recent weeks, the dilemma at the border has become worse. El Paso’s Democratic mayor, Oscar Leeser, declared a state of emergency in December after migrants began pouring into the city. Abbott also deployed hundreds of Texas national guard and state troopers to the border to stop people from entering the U.S.

A spokesperson for Abbott said in an email, “We are still only busing to DC, NYC, Chicago, and Philadelphia.”

Polis said that most officials dealing with an influx of migrants have been acting in good faith.

“Too many people, in our opinion, view this through a political lens or as playing politics — and it’s terrible that in some places, people have been used as political props,” he said. “But what we are doing here is just honoring our values by treating people with dignity and respect.”

Adams said Tuesday around 30,000 asylum seekers have arrived in New York City since the spring in need of food, shelter and education — a surge that has has stretched the city’s social service infrastructure to the breaking point and opened up huge risks for the municipal budget. Adams, along with the two Colorado leaders, have called on the federal government to provide assistance to localities dealing with the influx.

David Kihara contributed to this report.