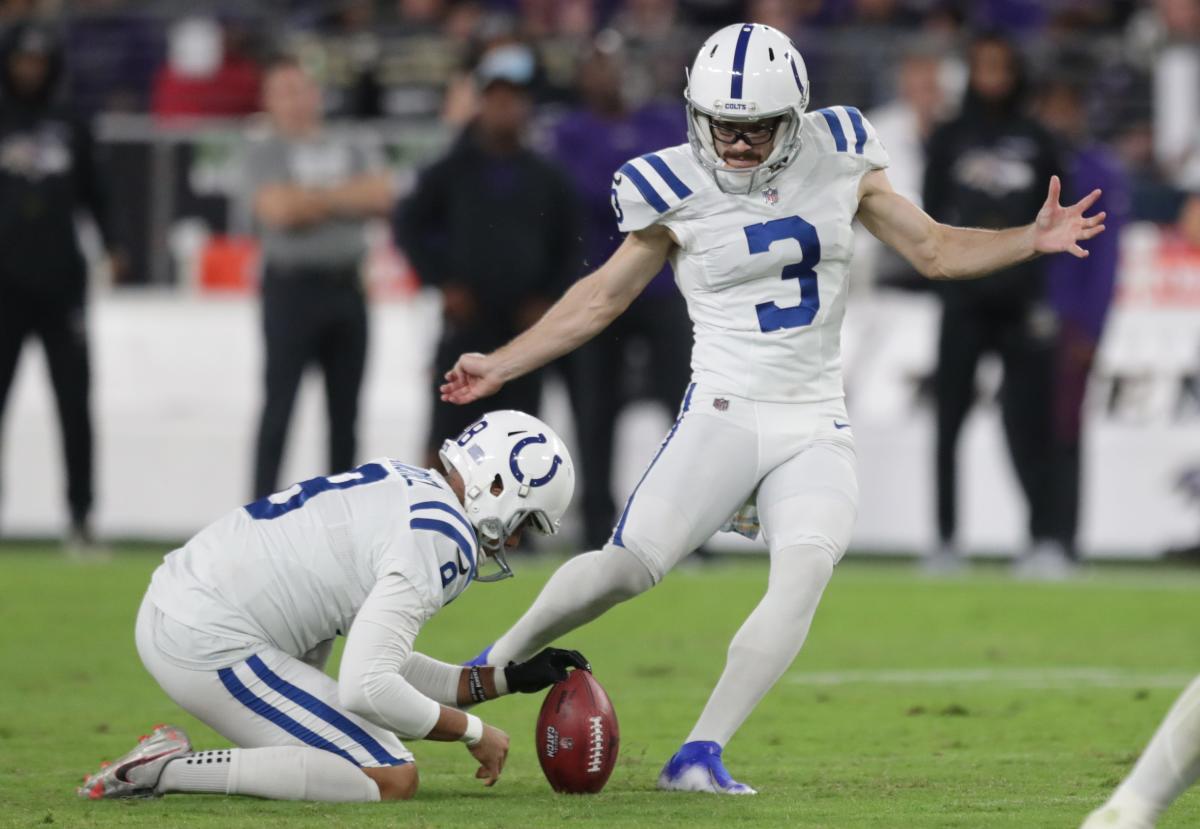 Rodrigo Blankenship’s Colts tenure came to an end Tuesday after a disastrous Week 1 showing against Houston. Chris Ballard decided to move on, waiving Blankenship and signing a pair of kickers to compete for the job.

On Wednesday, FOX59’s Lindsay Stone spotted him kicking field goals by himself at Grand Park, where the Colts hold training camp.

Blankenship is undoubtedly hoping for another opportunity with an NFL team sooner rather than later.

Less than 24 hours since being waived by the #Colts, kicker Rodrigo Blankenship was seen practicing field goals by himself at an Indy sports complex 👀@FOX59 | @CBS4Indy pic.twitter.com/7SDHUc1fEo