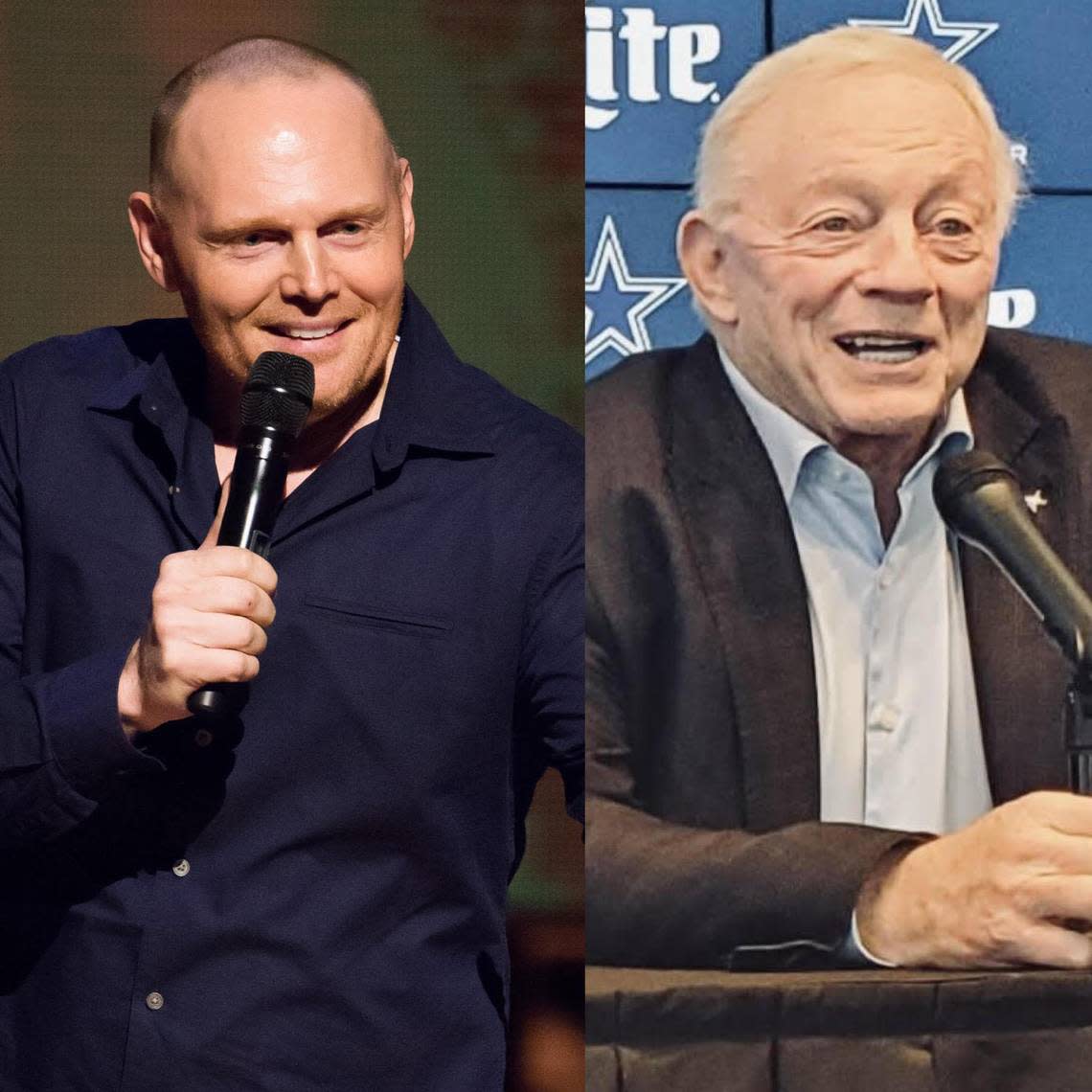 During his appearance at the American Airlines Center on Saturday night, comedian Bill Burr asked the 15,000 in attendance about the state of Dallas Cowboys.

“How ya’ going to be this year?” he said in his terse, Bostonian accent with an evil chuckle.

This was the night before the Dallas Cowboys’ season opener.

WRITER’S NOTE: It’s not by design that for the second time in less than a month I am using Bill Burr for material.

Burr is a big sports fan, and well versed in the NFL, MLB, NBA, etc. In late August, I weighed in on his viral rant on the WNBA.

He played the AAC on Sept. 10, and I happened to be in attendance via a $75 ticket, not including convenience fees. The event banned cell phones, so transcribing his comments was a challenge.

In his 90-minute set, Burr covered our local sports scene. He professed his love for the SMU Mustangs, and specifically the era of Eric Dickerson and the for-pay Ponies.

“Drivin’ the gold Trans Am! Payin’ players,” Burr said. “I love all of that (expletive)!”

He asked about the state of the Dallas Stars and Dallas Mavericks.

The team he really went in on was the Cowboys, and he did what he’s made a career out of doing: Saying what others think but won’t verbalize because it’s often just so insensitive.

When it comes to the Cowboys, “We know what your problem is,” Burr said as he laughed. “You’re just going to have to wait that one out!”

The audience laughed nervously as he cackled. Burr is like any big time comedian; he has a routine, but this part of the performance felt off script, and not a part of his set.

He was just swimming in a stream of sports’ consciousness.

The audience grew quiet, knowing exactly what, and who, he was talking about: Jerry Jones.

Burr laughed at his own dark humor before adding, “I don’t know why I said that. He’s probably going to put a hit out on me.”

As much Jerry may fantasize of aiming at his critics, maybe with a Louisville Slugger, he’s just too nice. He’s more apt to offer you a beer than he his fist.

He knows being talked about, laughed at, mocked and ridiculed is a part of a deliberate, calculated trade he made when he bought the team.

Burr proceeded to make fun of AT&T Stadium, and specifically the giant the JumboTron that essentially called an outdated TV set in the living room.

Burr is like everyone else who follows football, and specifically the NFL.

“It’s this big soap opera and I love it,” he said.

No one in sports understands the soap opera element more than Jerry, but right now the Cowboys are just a joke that provides material for comedians more than wins for their fans.

The Dallas Cowboys are in the same category with the New York Yankees, Los Angeles Lakers, Duke basketball, and Notre Dame football. Maybe one or two others, too.

Watching them fail, and lose, is as rewarding and compelling as watching them win. That’s a problem.

It’s just so much fun to watch winners lose.

Especially when the winners think they’re going to win. Like the Cowboys. And now the Lakers, too.

They’re not just material for sports talking heads, but comedians.

Whereas the sports talking mouth knows their audience is current to the specifics of sports, the comedian can make fun of the Cowboys and Lakers because those respective brands are so big the audience knows them without knowing any of the specifics.

They’re going to get the joke.

The Cowboys’ Week 1 performance against the Tampa Bay Bucs on NBC’s Sunday Night Football was a joke. They were bad it led all of the dumb sports talk TV shows.

Now, with Cooper Rush in at quarterback because of the injury to Dak Prescott, we are all but guaranteed more material for the wrong reasons.