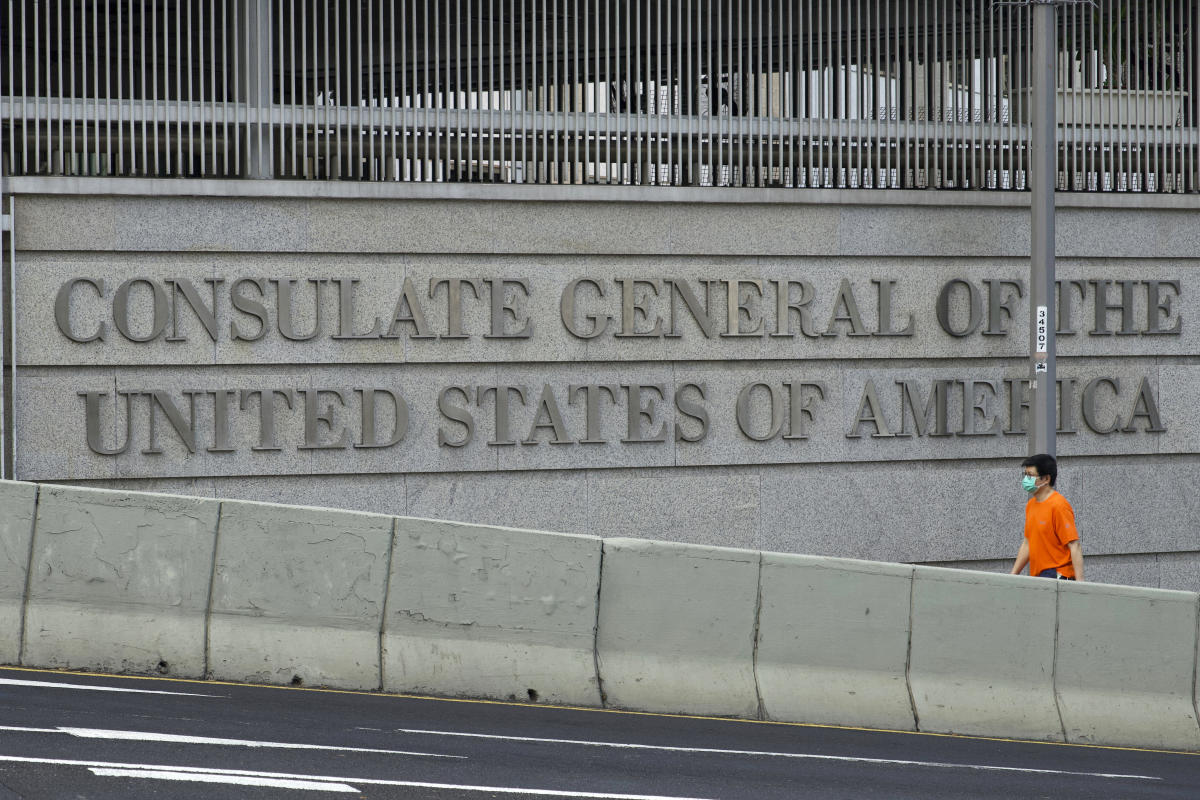 HONG KONG (AP) — About 20% of the Americans in Hong Kong have left for various reasons over the past two years, the U.S. consul general in the semi-autonomous Chinese city said, drawing harsh criticism from Beijing for allegedly interfering in its affairs.

Hong Kong’s strict anti-COVID-19 measures and “diminishing freedoms” have “clearly impacted the city and the people in it,” Greg May said, citing the departure of roughly 15,000 Americans as one of the outcomes. He said about 70,000 Americans and 1,300 U.S. companies are currently present in Hong Kong.

In a video address late Wednesday to the U.S. Center for Strategic & International Studies, May also said worries remain over Hong Kong’s “reputation as a business center which depends on adherence to international standards and the rule of law.”

Among those concerns was an interpretation last month by the standing committee of National People’s Congress, China’s legislature, that could “further undermine the independence of Hong Kong’s judiciary system by expanding the Hong Kong executive branch’s authority to make decisions affecting cases without judicial oversight,” May said.

The standing committee ruled that Hong Kong’s courts need the approval of the territory’s chief executive or a separate committee to allow foreign lawyers to take part in national security trials.

That came after Hong Kong leader John Lee, who is under U.S. sanctions, asked Beijing to make a ruling that could effectively block jailed pro-democracy publisher Jimmy Lai from hiring a British lawyer to represent him.

Lai was arrested in 2020 during a crackdown on the city’s pro-democracy movement that led Beijing to impose a sweeping National Security Law on the city. He is fighting collusion charges and faces up to life in prison if convicted.

May said that in light of the standing committee’s ruling and other developments, “companies should be aware that the risks faced in mainland China are now increasingly present here in Hong Kong.”

Hong Kong’s reputation as a free global financial center could be further harmed if more of the “best and brightest” leave the city, he said, referring to the decision by many Hong Kong citizens to move abroad after 2020.

The city’s government should “cease its dismantlement of Hong Kong’s democratic institutions, autonomy and rule of law,” release those held unjustly and “respect human rights for all,” May said.

In a response, the Chinese Foreign Ministry’s office in Hong Kong said May “slandered the rule of law and freedom in Hong Kong” and “deliberately discredited Hong Kong’s business environment.”

May “recklessly trampled on the basic principle of not interfering with a place’s domestic affairs under international law and international relations,” it said in a statement posted online.

“He supported those who have opposed China and disrupted Hong Kong, and also badmouthed Hong Kong’s development prospects,” the statement said.

The U.S. and other major democracies have been critical of China’s crackdown on political freedoms in the former British colony, which was handed back to China in 1997 with a promise by Beijing to keep Western-style liberties under a “one country, two systems” framework.

Hong Kong is among a raft of issues that have sent ties between Beijing and Washington to their lowest level in years, including technology and trade, human rights, threats against Taiwan, and China’s claims in the South China Sea.