A health official of an emergency rescue service checks the body temperature of a government employee in Peshawar, Pakistan, Thursday, March 12, 2020. The vast majority of people recover from the new coronavirus. According to the World Health Organization, most people recover in about two to six weeks, depending on the severity of the illness. (AP Photo/Muhammad Sajjad)

Corona in Pakistan So far, 126 cases of Coronavirus have been reported from across the country on April 4 which were reported from Sindh, Punjab, Islamabad, and Azad Kashmir.

The death toll from the Coronavirus has reached 40 in the country while the total number of infected patients has increased to 2709 after more cases have been reported.

Sindh has recorded the highest number of 14 deaths in Pakistan so far in Sindh, with 11,11 in Punjab and Khyber Pakhtunkhwa, three in Gilgit, and one in Balochistan.

On Friday, five deaths were reported from across the country in Sindh and Khyber Pakhtunkhwa, three in Sindh and one in Hyderabad, while Swat and Mansehra residents in KP died of the deadly virus 65 and 45 years.

The situation in Corona in Pakistan cases today

So far, 60 more new cases of Coronavirus have been reported in Punjab till now.

According to the official portal, the total number of cases has been 1072 in the province, though 1069 cases have been confirmed by the provincial government so far.

So far 11 people have been killed from Corona in the province.

We have 1,069 confirmed #COVID19 cases in the province.
563 cases are in quarantines while non-quarantined patients are 506. One of the patients is critical while 6 have recovered so far.
We are increasing our testing capacity by upgrading our labs to BSL-3. #StayHomeStaySafe

Out of the 11 deaths so far in Punjab, five have been killed in Lahore, 4 in Rawalpindi, and one each in Rahim Yar Khan and Faisalabad.

So far 6 Corona patients have recovered across the province.

So far 56 more cases of Coronavirus have been reported in Sindh this week, which has been reported on the official portal, after which the total number of cases in the province is 839.

As many as 830 cases have been confirmed by the provincial health department with 47 new cases and 14 deaths in the province.

According to the Health Department, 38 cases were confirmed in Karachi, Hyderabad 1, Badin 1, Jamshoro 2, and Tando Mohammad Khan.

According to the Health Department, Karachi has the highest number of cases in the province with 380 cases.

On Friday, there were 3 deaths from the Coronavirus in the province, of which 2 were reported from Karachi and one from Hyderabad.

Out of the 14 killed in Sindh so far, only 12 have been killed in Karachi while Hyderabad has two.

Another 9 patients have recovered & their corona virus test has come negative. Now the total number of recovered patients in Sindh stand at 74. People should learn that isolation or social distancing is the only cure to #COVIDー19. These 74 isolated themselves, can you?

A total of 74 patients have recovered from coronavirus in Sindh so far, provincial spokesman Murtaza Wahab confirmed.

According to the portal, the total number of cases in the federal capital is 75.

Three more Coronavirus cases have been reported in Azad Kashmir this week, which has been confirmed by the Minister of Health.

According to Health Minister Dr. Naji Naqi, the number of corona patients in Azad Kashmir has increased to 12.

Health Minister said that a patient in Azad Kashmir has recovered from Corona.

It should be noted that even in Azad Kashmir, the Coronavirus has been locked down for three weeks from March 24 to prevent the spread of the virus.

On Friday, two more people were killed in the province from Corona, followed by 11 in Corona.

According to the provincial health ministry, 65 and 45-year-old patients of Swat and Mansehra died due to the deadly virus.

In the province, the number of Coronavirus infected patients is 343.

Balochistan reported more Coronavirus cases on Friday, bringing the total number of victims to 175 in the province.

According to provincial government spokesman Liaquat Shahwani, 38 people, including 9 doctors, were confirmed to have transmitted the Coronavirus locally.

He said that one coroner virus was killed in the province so far 19 people have recovered.

This was the Corona in Pakistan statistics we have gathered from the Govt of Pakistan & the Provincial Government.

When Corona in Pakistan will end? we will update you soon

Read According to Dow University treatment ready for coronavirus patients 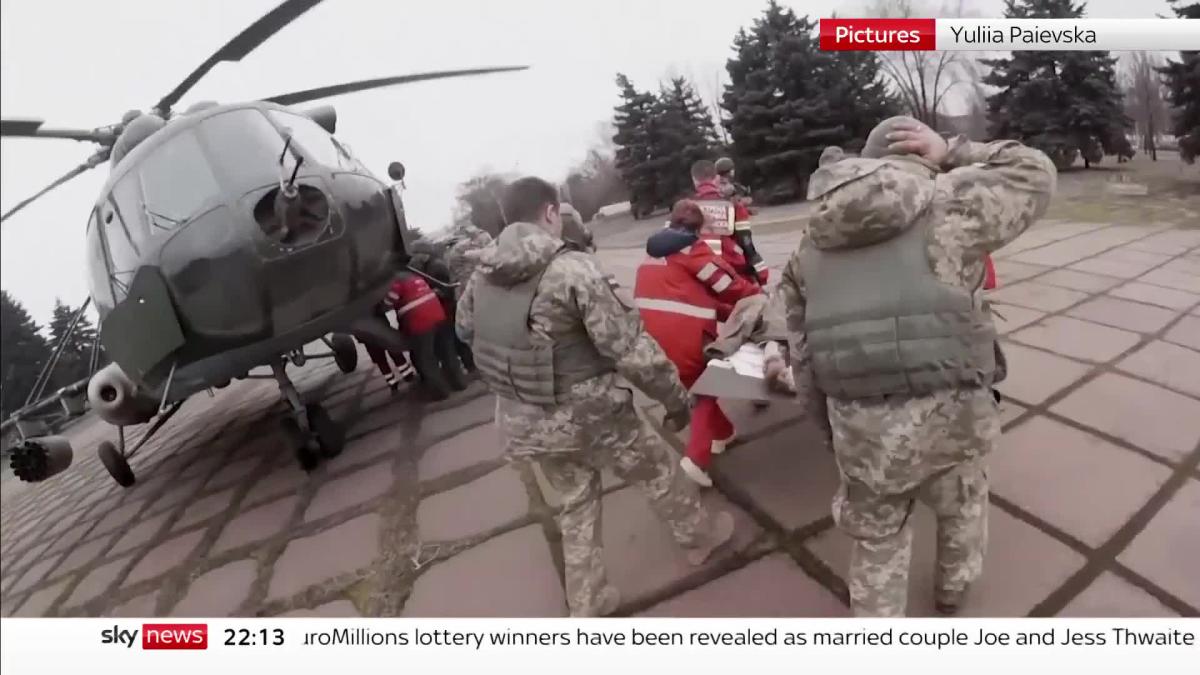 Ukraine war: Moldova should be 'equipped to NATO standard' to guard against Russia, says Liz Truss

(Bloomberg) — It’s been hard to watch, impossible to predict and a nightmare to trade. But has the S&P 500’s slide been an unqualified panic to date? By some measures no, and that might bode poorly for equities in the near term.

Four key climate indicators set new records in 2021, underscoring the importance to curb emissions from human activity and sparking criticism from the United Nations for “humanity’s failure to tackle climate disruption” despite sustainable technology being readily available for governments and cheaper to use than fossil fuels.