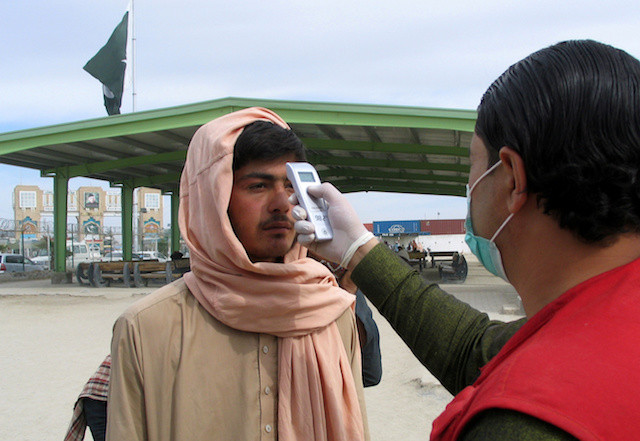 The Coronavirus in Pakistan has so far killed 17 more people, bringing the total number of deaths to 476, while the number of confirmed cases has risen to 20,995 with the emergence of new cases.

The highest death toll so far has been in Khyber Pakhtunkhwa, where 185 people have died from Corona, 137 in Sindh, and 126 in Punjab.

Also, 21 people have died in Balochistan, four in Islamabad, and three in Gilgit-Baltistan due to the deadly virus.

The status of today’s cases of coronavirus in Pakistan

A further 417 Corona cases in Sindh have been reported today and 7 deaths have also been reported which was confirmed by the Sindh Chief Minister.

Murad Ali Shah said that 2571 more corona tests were done in 24 hours out of which 417 new cases were reported after which the total number of corona patients in the province increased to 7882.

According to the chief minister, seven more people have died in Corona in the last 24 hours, bringing the death toll to 137.

Also, 74 more patients recovered in the province within 24 hours, bringing the number of those who recovered to 1629.

So far 152 more cases of Corona have been reported from Punjab and 5 deaths have also been reported which was confirmed by the spokesperson of Primary and Secondary Health Care.

According to the spokesperson, the total number of Corona cases in the province has reached 7646 and the death toll has risen to 126.

The spokesman said that 768 pilgrims, 1926 missionaries, 86 prisoners and 4866 civilians were infected with the coronavirus in the province.

According to a spokesman for primary and secondary healthcare, 2,680 people have recovered from Corona in the province so far.

According to the official portal, the total number of cases in Islamabad has risen to 415 after new cases came to light, while the virus has so far killed four people in the city.

Five more people were died due to Corona in Khyber Pakhtunkhwa on Monday, bringing the death toll in the province to 185.

According to the health department, 159 more people were diagnosed with the deadly virus in the province, bringing the total number of infected people to 3,288.

The health department said 856 people have recovered from Corona in the province so far.

In Balochistan, 103 more people were diagnosed with the coronavirus on Monday, bringing the total number of infected people in the province to 1,321.

So far, 21 people have died of the coronavirus in the province, while 197 have recovered.

Eight more new cases were confirmed in Gilgit-Baltistan on Monday, bringing the total number of infected patients to 372.

According to the health department, three people have died from the coronavirus while 279 people have recovered so far.

Five more coronavirus cases were confirmed in Azad Kashmir on Sunday, bringing the number of corona cases in the area to 71, with 44 people recovering and no deaths reported so far.