How the boss of JCB and his organic pioneer wife became... Britain's best connected couple

White House to McCarthy: No negotiations on debt limit

Biden to meet with McCarthy over avoiding debt ceiling ‘calamity’ 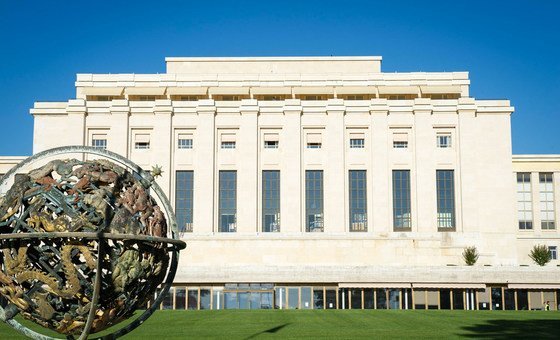 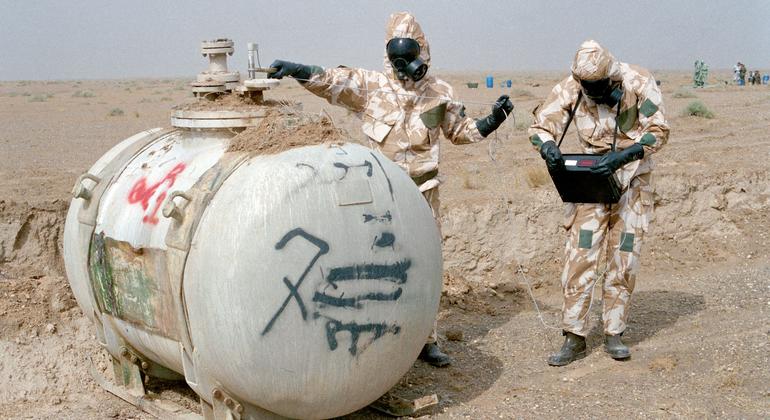 In a speech to the Biological Weapons Convention, Izumi Nakamitsu explained that the issue of verifying whether biological toxins are being made has been deadlocked for 20 years.

“While bringing biosafety and biosecurity to a much higher prominence, the pandemic also demonstrated the disruption that could be caused if biological agents were to be used in a deliberate manner as weapons of war or terror,” Ms. Nakamitsu said.

Novel ideas need to be found to leverage “the tools of modern science to develop a politically acceptable verification protocol”, the UN disarmament official maintained, as countries gathered for three weeks of meetings – a once in every five-year review of the Biological Weapons Convention, that was delayed by a further year, because of COVID-19.

“No topic should be off the table in the quest to strengthen the Convention,” she continued, urging support for peaceful scientific cooperation, enhanced transparency in research and the promotion of emerging technologies for good.

“This Review Conference therefore presents a critical opportunity for States to come together to strengthen this vital Convention,” Ms. Nakamitsu insisted.

Although it is deemed unlikely that consensus will be achieved on restarting negotiations on legally binding protocols in the coming weeks in Geneva, the designated President of this Ninth Review Conference, Italy’s Leonardo Bencini, said that that there might well be agreement on “the way forward to restart discussions on the issue of verification and compliance”.

Ambassador Bencini further explained that unlike nuclear weapons development “in theory you have hundreds of thousands of facilities, establishments, that could be weaponized”.

To help to prevent this, some Member States are pushing for an “open and transparent” code of conduct for scientists working within the remit of the Convention, the Ambassador said.

This would “make it more difficult for anybody to develop programmes without other colleagues knowing this”, he added.

Ambassador Bencini noted that the COVID-19 pandemic had also highlighted the need for the Biological Weapons Convention to be updated, to take into account the danger of a global pandemic-like threat to humans, animals and plant life.

The 1972 Biological Weapons Convention is the primary international framework for tackling the threat of biological warfare. It prohibits the development, production, acquisition, transfer, stockpiling and use of biological and toxic weapons. There are currently 184 States Parties to the international treaty.

“Rising tensions around the globe are instigating a geopolitical crisis, which is putting multilateral disarmament under great stress,” Ms. Nakamitsu said. “Multilateral processes have been stalled or curtailed. The international community should remain vigilant as we have seen norms against other previously prohibited weapons eroding in recent years.”