Surgeon transplants a pig’s kidney into a brain-dead… 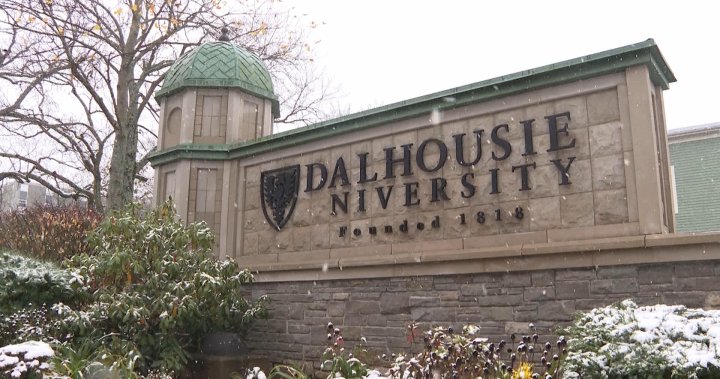 Nova Scotia’s largest university is moving forward with a proof-of-vaccine mandate for 2022 after sharing that its own COVID-19 safety policy hasn’t been fully enforced, or complied with.

“A lot of our members had agreed to do in-person activities trusting that the students there and other staff members would be compliant — either fully vaccinated or demonstrated negative test results,” said David Westwood, the president-elect of the Dalhousie Faculty Administration (DFA).

Westwood says the roughly 1,000 academic members represented by the DFA trusted that the Campus Check process would be complied with by everyone who returned to on-campus activities.

According to the Dalhousie University website, any member of the school community who failed to complete the Campus Check program wouldn’t be allowed to participate in on-campus activities, including classes.

This is why Westwood says learning from Dalhousie that only about 20 per cent of people who reported being unvaccinated or preferred not to disclose their status were regularly submitting the requirement of two negative COVID-19 tests per week through the program.

“There didn’t seem to be any consequence or enforcement and that was more than a bit alarming,” he said.

An interview request with Dalhousie University was declined.

An email statement from the university in part reads, “While we have been working through compliance measures to increase this percentage, it is one of several factors that have led us to consider a revised approach to the winter term,” wrote Janet Bryson, a media relations officer with Dalhousie University.

The university has stated that a lack of full compliance with the Campus Check process is part of its decision to move towards a proof-of-vaccine mandate for the winter term.

Westwood says the update lacks clear information around how and when the mandate will be enforced.

“That, to us, is not acceptable because classes start early in January and we can’t have our members in classes where their health and safety is not assured. So, the university has to find a way to ensure compliance,” he said.

According to Dalhousie’s latest information, 98.2 per cent of its community has provided proof of full vaccination.

Under school policy, those who aren’t fully vaccinated, or prefer not to disclose their status, are required to submit two negative COVID-19 tests a week in order to attend on-campus activities.

Learning that that policy wasn’t fully complied with has also disturbed some area residents.

“It was disingenuous of Dalhousie administration to claim that they were going to be implementing this requirement and safety standard, and then just did nothing with it,” Halifax resident Logan Attwod said.

Attwood feels the university should take immediate steps to prohibit anybody who doesn’t comply with its own policy from attending on-campus activities.

What happened to… Ted Williams, the man with golden voice – Toronto