‘Days Of Our Lives’ Moving From NBC To Peacock 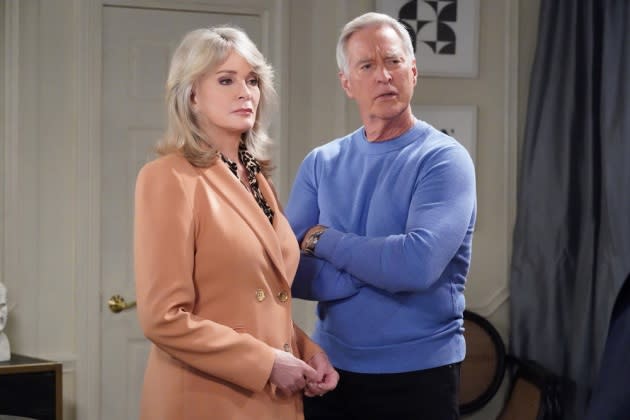 Huge news in the daytime world: Days of Our Lives is moving from NBC to Peacock.

Starting Sept. 12, Peacock will become the exclusive home of the sudser, which has already produced two spinoffs for the platform dubbed Beyond Salem. For the first time ever, all new episodes of the 58-time Emmy Award-winning drama will debut on Peacock daily with the show’s library already available to stream for Peacock Premium subscribers.

NBC will fill the DOOL slot with NBC News Daily, which NBC News promises will “provide signature world-class reporting and breaking news coverage in a first-of-its kind, live in most markets mid-day news offering. The hour-long program will be anchored by Kate Snow, Aaron Gilchrist, Vicky Nguyen and Morgan Radford and offer “up-to-the-minute national and international news, with the option for NBC stations to add local news.”

“This programming shift benefits both Peacock and NBC and is reflective of our broader strategy to utilize our portfolio to maximize reach and strengthen engagement with viewers,” said Mark Lazarus, Chairman, NBCUniversal Television and Streaming, in a statement. “With a large percentage of the ‘Days of Our Lives’ audience already watching digitally, this move enables us to build the show’s loyal fanbase on streaming while simultaneously bolstering the network daytime offering with an urgent, live programming opportunity for partners and consumers.”

The demise of daytime dramas on broadcast networks has been slow but (sadly) predictable. There used to be multiple soaps on the Big Three networks; today, it’s down to four. For a time, it seemed like the bleeding had stopped once ABC in 2011 canceled One Life to Live and All My Children. (And ironically, Prospect Park tried to keep those shows alive by offering them online couldn’t make the deals work). More than a decade went by with the soaps on ABC, CBS and NBC flourishing, with DOOL even successfully expanding the franchise by offering the Beyond Salem spinoff on Peacock. It seemed like the action in Salem could co-exist on Peacock and NBC — that is, until now.

Season-to-date, DOOL was the least-watched daytime drama in viewers (1.8 million) and women 18-49 (.3 rating). With DOOL headed for the streamer, only three daytime sudsers will exist on ABC and CBS — General Hospital, The Young and the Restless and The Bold and the Beautiful. Y&R remains the most-watched soap in daytime (3.7 million), with Bold second and GH third.

The National Academy of Television Arts and Sciences, which distributes Daytime Emmys, tried to put a positive spin on the development. “The transition of Days Of Our Lives from NBC to Peacock is yet another illustration that Daytime as we know is now anytime, on any device,” said President and CEO Adam Sharp. “It is this trend that motivated the realignment of the Daytime Emmys to a genre-based focus rather than daypart. Viewers remain invested in the genre but are no longer beholden to just a linear broadcast at a fixed time of day. NATAS expects to see the expanding Salem universe continue to thrive in our competition and on our Emmy stage.”

Vulture was first to report the news of DOOL‘s move.

Ellen Pompeo will be in only eight episodes of new ‘Grey’s Anatomy’ season. Here’s why 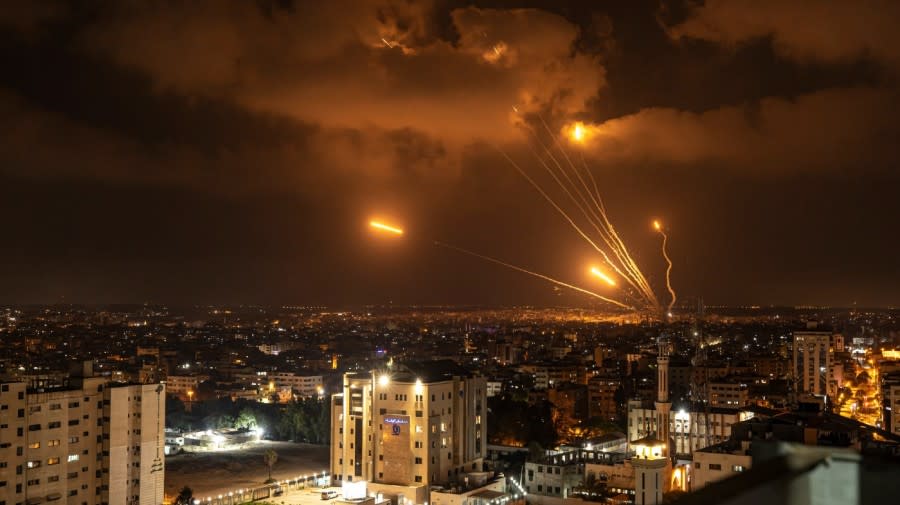 President Biden called for an investigation Sunday into recent hostilities between Israel and Palestinian militants in the Gaza Strip as...