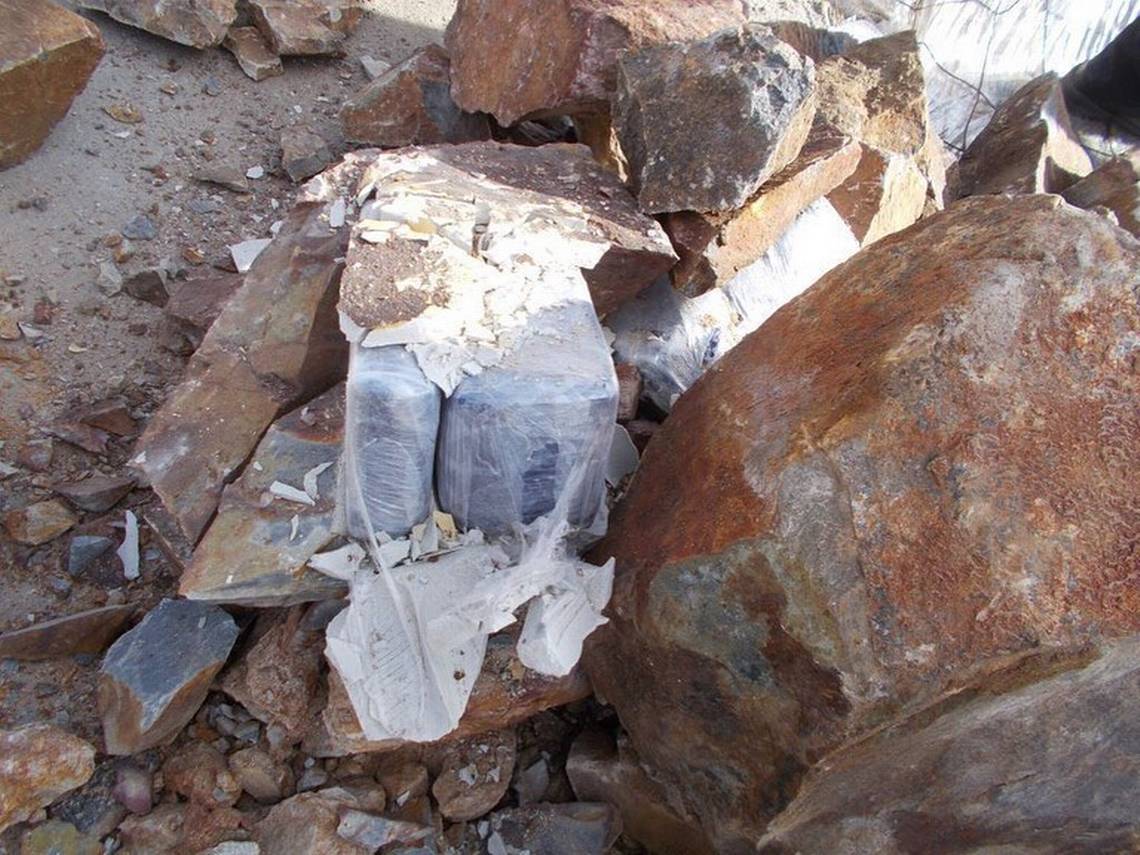 Agents found 57 cellophane-wrapped packages of the drug valued at $4.1 million inside the fake plaster stones, U.S. Customs and Border Protection said in a news release.

Agents stopped a truck carrying the stones at the Tecate border crossing at 10:23 p.m. Jan. 11, the release said. Officers said they noticed an “anomaly” with one of the stones and a K-9 detected drugs.

“It is evident from the immense efforts to conceal these narcotics that our officers are effective in the jobs that they do,” said Jennifer De La O, director of field operations in San Diego.

Agents seized the shipment, truck and drugs, the release said. The driver, a Mexican citizen, was detained for drug smuggling and turned over to immigration officials.

Tecate is a community of 200 people across the border from the Mexican city of the same name, about 30 miles southeast of San Diego.