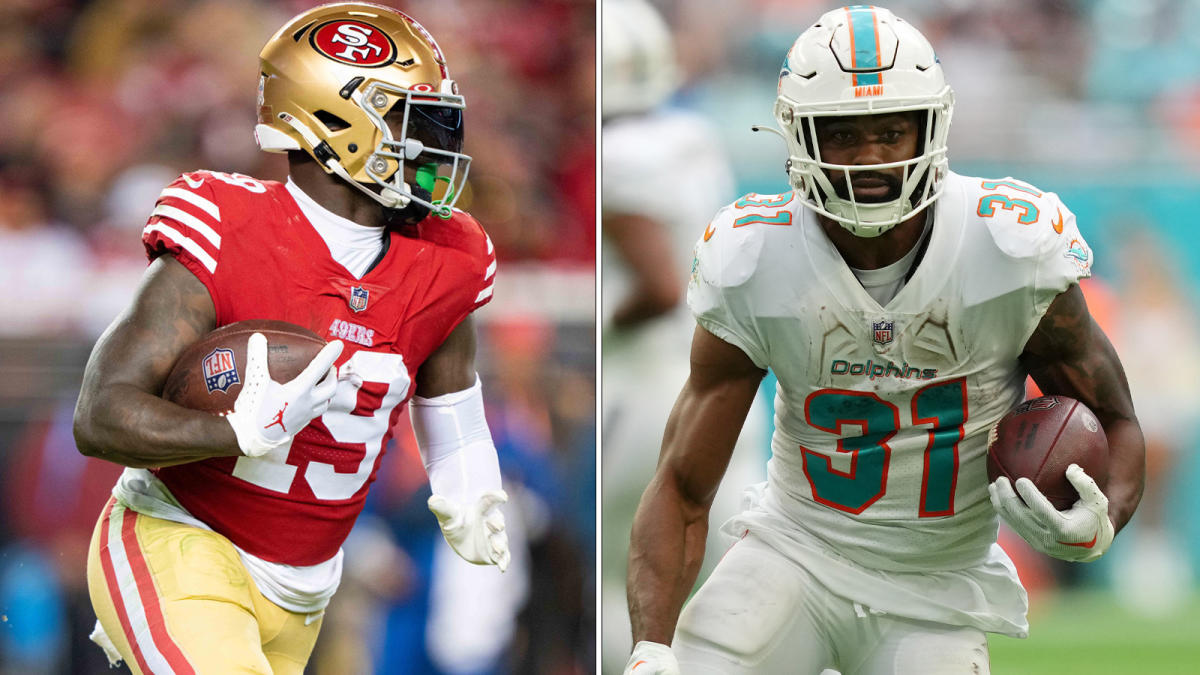 There are six days remaining on the calendar before the 49ers host the Miami Dolphins on Sunday at Levi’s Stadium. The anticipation just keeps building.

In light of former 49ers running back Raheem Mostert‘s recent comments about the 49ers, star “wide back” Deebo Samuel tweeted some advice to his former teammate.

Mostert’s comments in a recent interview with Go Long TD’s Tyler Dunne stirred up the 49ers Faithful. Mostert claimed the Dolphins have “way better talent here” and that Tua Tagovailoa is a quarterback “who can actually sling it,” which many interpreted as a slight to 49ers signal-caller Jimmy Garoppolo.

However, Mostert tweeted Sunday that he never spoke ill about Garoppolo, his teammate for five seasons in the Bay Area.

What click bait. Not once did I dog Jimmy G in my interview. Did I praise our QB1?! Hell yeah I did!! But I also threw out compliments to my former QB. But hey letâs leave that part outâ¦

The upcoming clash between the 49ers and Dolphins looks fascinating on paper. San Francisco’s defense, led by stars Fred Warner and Nick Bosa, held the New Orleans Saints off the scoreboard in Week 12 and hasn’t allowed a single point in the second halves of its last four outings. Miami’s offense features two of the NFL’s quickest weapons in Tyreek Hill and Jaylen Waddle. Former peers Kyle Shanahan and Mike McDaniel are going head-to-head on the sidelines. Mostert and Jeff Wilson Jr., the Dolphins’ talented backfield, are facing their former team.

“I’ve got to turn up,” Mostert told Dunne. “Former employers? They’ve got to come see about me. Me and ‘Jefe’ are gonna go crazy.”

Winners and Losers: Texans are just the worst