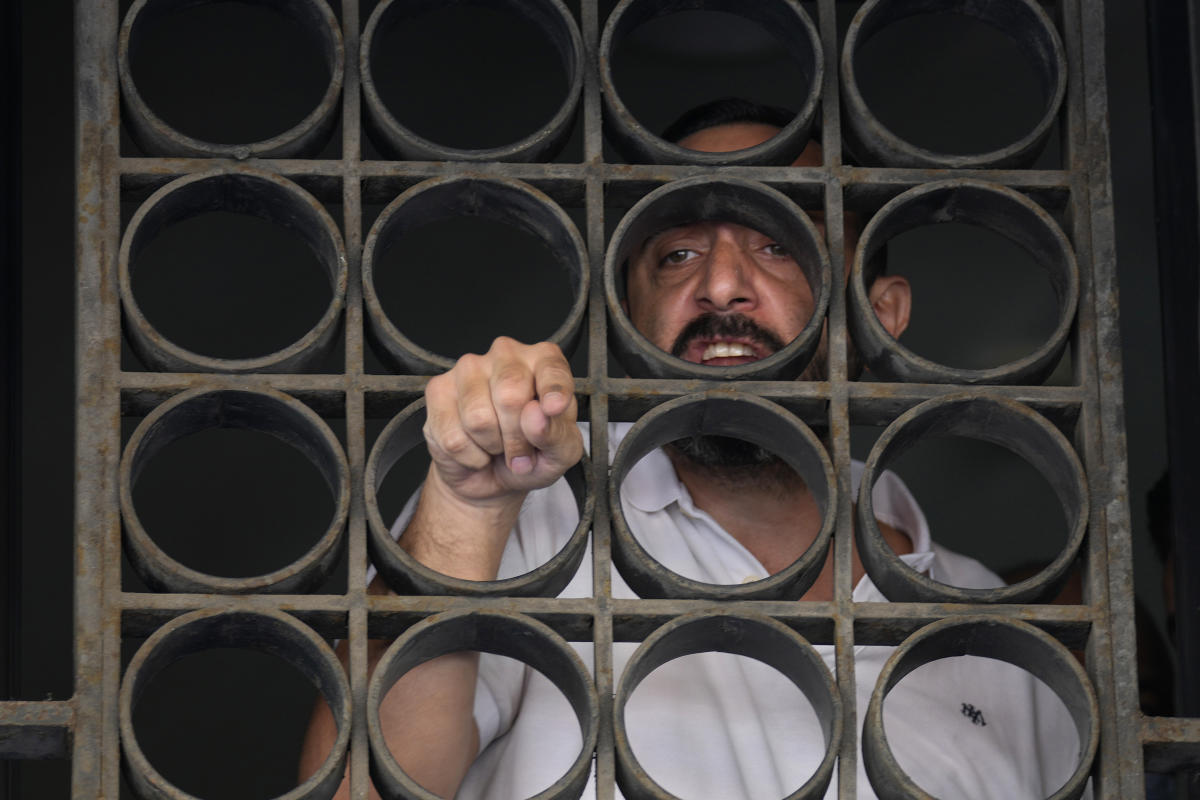 BEIRUT (AP) — Lebanese depositors, including one armed with a hunting rifle, broke into at least four banks Friday to demand their trapped savings, a sign of growing chaos in the small Mediterranean nation amid a historic economic meltdown.

Friday’s raids were the most in a single day, and raised the possibility that more desperate depositors would try to extract their money by force. The break-ins reflect public anger at the banks’ strict informal controls on cash withdrawals, a byproduct of the financial crisis.

In an apparent attempt to regroup and buy time, the Association of Banks in Lebanon said all branches would be closed for three days, starting Monday.

However, it was not immediately clear how banks or the authorities will be able to halt a possible wave of such break-ins. The depositors who have taken matters into their own hands have enjoyed widespread public sympathy, and have been treated with relative leniency by law enforcement.

On the other hand, a groundswell of bank break-ins could further destabilize Lebanon and its crumbling institutions, as the economic crisis drags on, with no end in sight.

Since the meltdown began three years ago, depositors with U.S. dollars have mostly been able to withdraw money in Lebanese pounds at a much lower rate than the real value. The losses are one of the factors that have pushed nearly three quarters of Lebanese into poverty and driven up crime.

Some desperate depositors have resorted to force.

“My brother has lots of money trapped inside,” said Ayman Soubra, whose brother, Abed, stormed a branch of BLOM Bank in Beirut’s neighborhood of Tareek Jadeedeh. Soubra, who spoke with The Associated Press outside the BLOM Bank branch, said his brother had been asking for his deposits for days but was rejected.

Hours after Abed Soubra stormed the bank, negotiations were still ongoing between him and bank officials to pay him some of his money. He told a local TV station that he wants $40,000 in cash. He said he had a pistol that he later handed over to a police officer.

In another Beirut neighborhood, a man with a hunting rifle stormed the branch of LGB Bank and demanded his deposit. The man was identified as Jawad Sleem, a former contractor and a father of seven, who has been jobless for months.

In a southern Beirut suburb, Mohammed al-Moussawi told the local Al-Jadeed TV that he stormed a branch of Banque Libano-Française and got $20,000 of his money. He added that he used a toy pistol to threaten bank employees who gave him his money, adding that he is ready to surrender to authorities.

A protest group that calls itself Depositors’ Outcry told a news conference on Thursday that there would be more break-ins. “This is a battle to liberate deposits,” the group said in a statement.

Banks had been criticized for years for making risky investments despite Lebanon’s widely known corruption. In March 2020, Lebanon defaulted for the first time on repaying its debt, which then reached $90 billion, or 170% of the gross domestic product.

The attacks on three bank branches in Beirut and one in a southern coastal town came two days after a woman accompanied by activists and brandishing what she said was a toy pistol broke into a bank branch to take $13,000 from her trapped savings.

She said the money would be used for her sister’s cancer treatment.

The crisis has become worse in the past months. The political class that has ruled the country since the end of the 1975-1990 civil war has done almost nothing to get Lebanon out of what the World Bank described as one of the world’s worst economic crises.

Three years since the crisis erupted, Lebanon’s parliament has not issued a capital controls law that is a key demand by the International Monetary Fund.

On Friday, the Lebanese pound hit a new low, to 38,400 pounds against the U.S. dollar. The continued drops have eradicated much of the purchasing power of many in Lebanon who get paid in Lebanon pounds, at a time when prices are rising sharply.

The economic crisis had been made worse by the coronavirus pandemic and a massive blast at Beirut’s port in August 2020 that killed more than 200, injured thousands and caused damage worth billions of dollars. The explosion of hundreds of tons of badly-stored ammonium nitrates, an explosive material used in fertilizers, was considered one of the worst non-nuclear blasts in history.