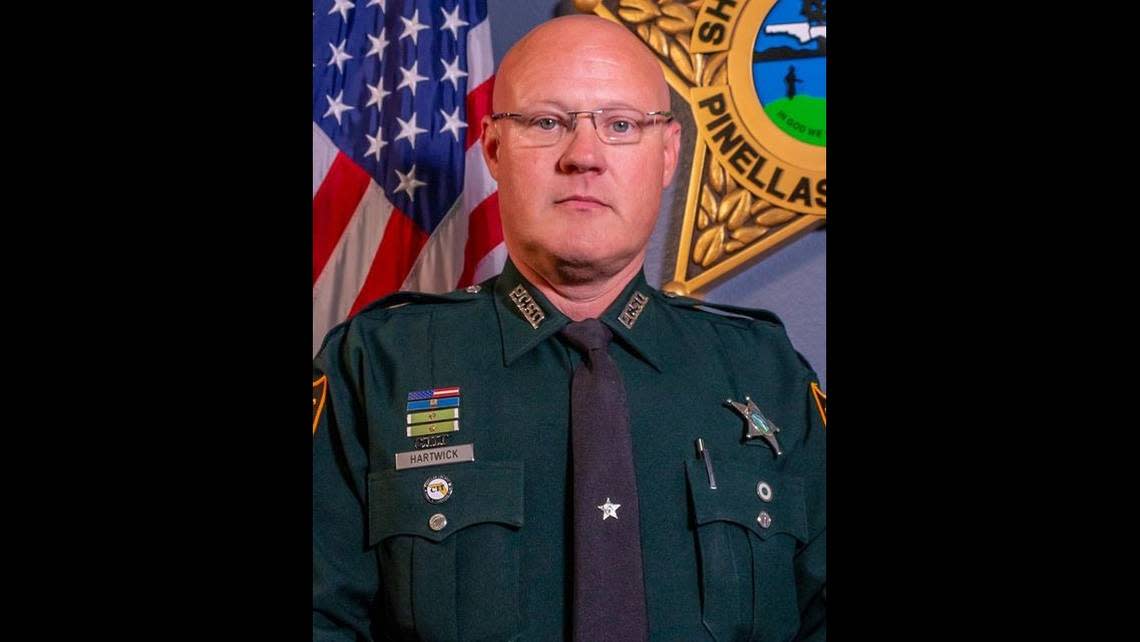 A sheriff’s deputy monitoring traffic along an interstate construction site was run over and killed by a member of the road crew, according to the Pinellas County Sheriff’s Office.

It happened around 10:45 p.m. on Thursday, Sept. 23, on Interstate 275 in St. Petersburg, Sheriff Bob Gualtieri said at a news conference shared by station WFTS.

The victim was identified as 51-year-old Pinellas County Sheriff’s Deputy Michael Hartwick, who has been with the department 19 years, Gualtieri said.

Hartwick started his shift at 10:30 p.m. and was standing on the shoulder of Interstate 275 when a crew member driving a front end loader “struck Deputy Hartwick and killed him instantly,” Gualtieri said.

The driver, Victor Vazquez, continued heading north “for about a quarter of a mile, pulled the front end loader into a parking area, got out, told another construction worker that he had just killed a deputy and took off his helmet, took off his vest, and began running,” Gualtieri said.

The other construction worker hid Vazquez’s helmet and vest in a wooded area, officials said.

Investigators suspect Vazquez is still on foot as he attempts to elude capture. He faces a charge of leaving the scene of an accident involving a death (a second-degree felony), officials said. His last known address was in Tampa.

The worker who hid the helmet and vest was taken into custody and charged with being an accessory after the fact, officials said. His identity was not released.

Gualtieri noted it was the second time in 18 months that one of the department’s deputies had been killed in the line of duty.

“Deputy Hartwick was doing what cops do every day. He was out doing his job. He was on his assigned post,” Gualtieri said.

Oct. 4—A Medford woman in the middle of divorce proceedings is in the Jackson County Jail accused of soliciting the...