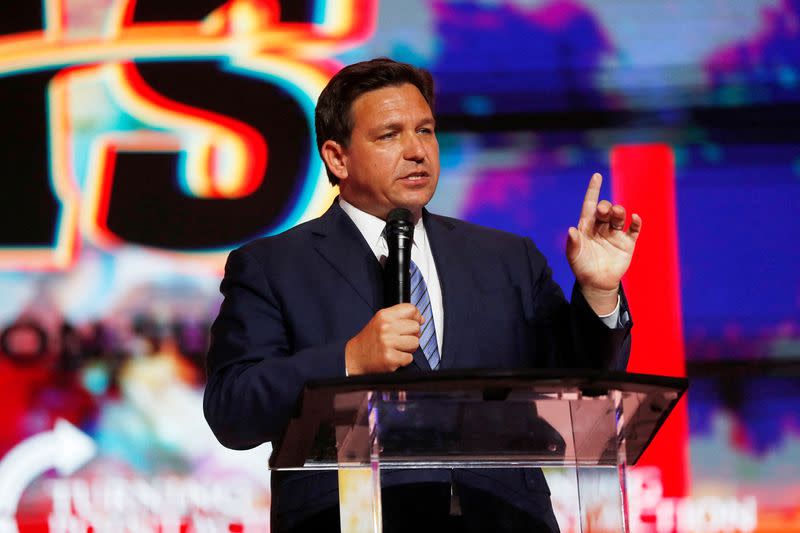 (Reuters) – Florida Governor Ron DeSantis on Thursday suspended an elected state attorney without pay, accusing him of neglecting his duties and incompetence for saying he would not prosecute anyone who sought or provided abortions.

DeSantis, a Republican who has been courting conservatives as part of an expected presidential bid in 2024, also took issue with Democrat Andrew Warren’s stance that he would not enforce laws restricting gender-affirming care for transgender youth.

DeSantis said Warren, who serves as the top prosecutor in Florida’s 13th Judicial Circuit in Tampa, was behaving as if he was above the law by promising to use his prosecutorial discretion to avoid bringing certain types of criminal cases.

“State Attorneys have a duty to prosecute crimes as defined in Florida law, not to pick and choose which laws to enforce based on his personal agenda,” DeSantis said in a statement.

Warren, a frequent critic of the governor, said DeSantis’ order “spits in the face” of the voters who had elected Warren twice. DeSantis is seeking re-election for a second term as governor in November.

“Today’s political stunt is an illegal overreach that continues a dangerous pattern by Ron DeSantis of using his office to further his own political ambition,” Warren said on Twitter.

After the U.S. Supreme Court in June erased federal constitutional abortion protections, Warren joined prosecutors around the country in signing a letter saying they would not use their offices to criminalize reproductive health decisions.

“Warren’s declared refusal to prosecute abortion cases is alone sufficient to justify his suspension and removal for neglect of duty and incompetence,” the executive order states.