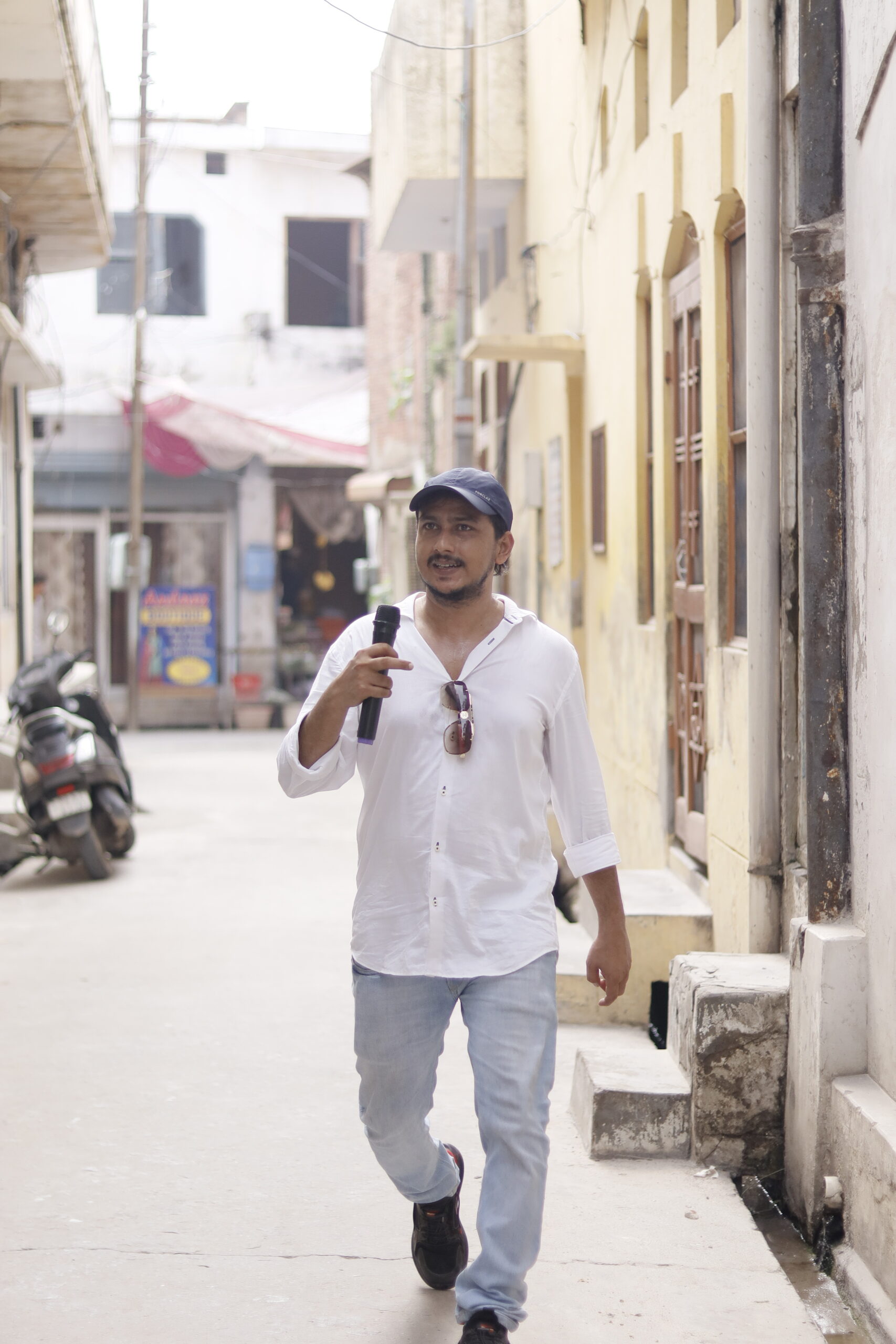 Shadab Siddiqui comes from a small town in Uttar Pradesh, but he’s always had big dreams. When he moved to Mumbai in 2006, he started working as a carpenter, but he soon realized that wasn’t what he wanted to do with his life. After 6 months of soul-searching, he met a friend who worked in the film industry and learned about the opportunities available there. Despite the initial challenges, Shadab persevered and eventually started working as a production assistant. He’s now been in the film industry for more than eight years and has worked on some of India’s biggest music videos, and movies. Shadab is a testament to the fact that with hard work and determination, anything is possible. Let’s talk about some beautiful moments and about his journey. He gives his precious time to EMEA Tribune.

Shadab’s latest music video Waang Paaniyan which he directed by himself is released on digital platforms. Shadab is working on his next song named ‘Amber’ the song is sung by Salman Ali & the video is directed by Shadab. The video is shot in the beautiful streets of Banaras, India. In the music video, the audience will see the culture of Ganga Jamuni Tehzeeb.

Shadab Siddiqui is one of the most versatile and well-respected directors, and the producer in the industry today. He has a unique vision that sets his work apart from others in the genre. Shadab is known for his classic yet dynamic filmmaking style. He has been exploring his artistic ability since a young age and has created a series of diverse projections over time. Shadab is a true artist who puts a great deal of thought and passion into his work. He is constantly pushing the boundaries and expanding the horizons of cinema. His work is sure to leave a lasting impression on audiences around the world.  Shadab is born in India’s UP in 1990. He is a director, writer, and producer better known for his films Where is Najeeb, De Goli, Love in Slum, and others. He started his career as a producer, and his first movie was Love in Slum. He has directed more than 12 music videos. His famous songs in which Ajaz Khan was featured were ‘Tum Bin’ and ‘Pal Pal’. EMEA Tribune covered his music video ‘Ishq Musafir‘ this year. Shadab has lots of filmography in his career such as Jai Shree Ram, Noor E Nazar, Khuda Ke Baad, Tujhe Salaam India, and others.

The reason for Shadab’s fame is his movie Where is Najeeb, the story of a young man named Najeeb, who disappeared from JNU, whom he picked up on the silver screen and a lot of people liked that film, and from there the journey of Shadab started. Be sure to check out his work on IMDB and Instagram.

Related Topics:shadab siddiqui
Up Next

(Reuters) – Members of two local unions at CNH Industrial NV factories in Wisconsin and Iowa reached an agreement over...

Dearica Hamby says Aces ‘discriminated’ against her for pregnancy; WNBPA to investigate

"I gave everything I had, up until the disgusting comments that were made to me," Hamby wrote.

A 76-year-old woman allegedly shot and killed her terminally ill husband at a Daytona Beach, Florida, hospital following a pact...

Ten years in the league and a thoughtful, observant nature have served Booth well as he emerged as an NBA...

The UN High Commissioner for Refugees congratulated Moldova on Saturday, for its decision to initiate temporary protection for refugees fleeing...