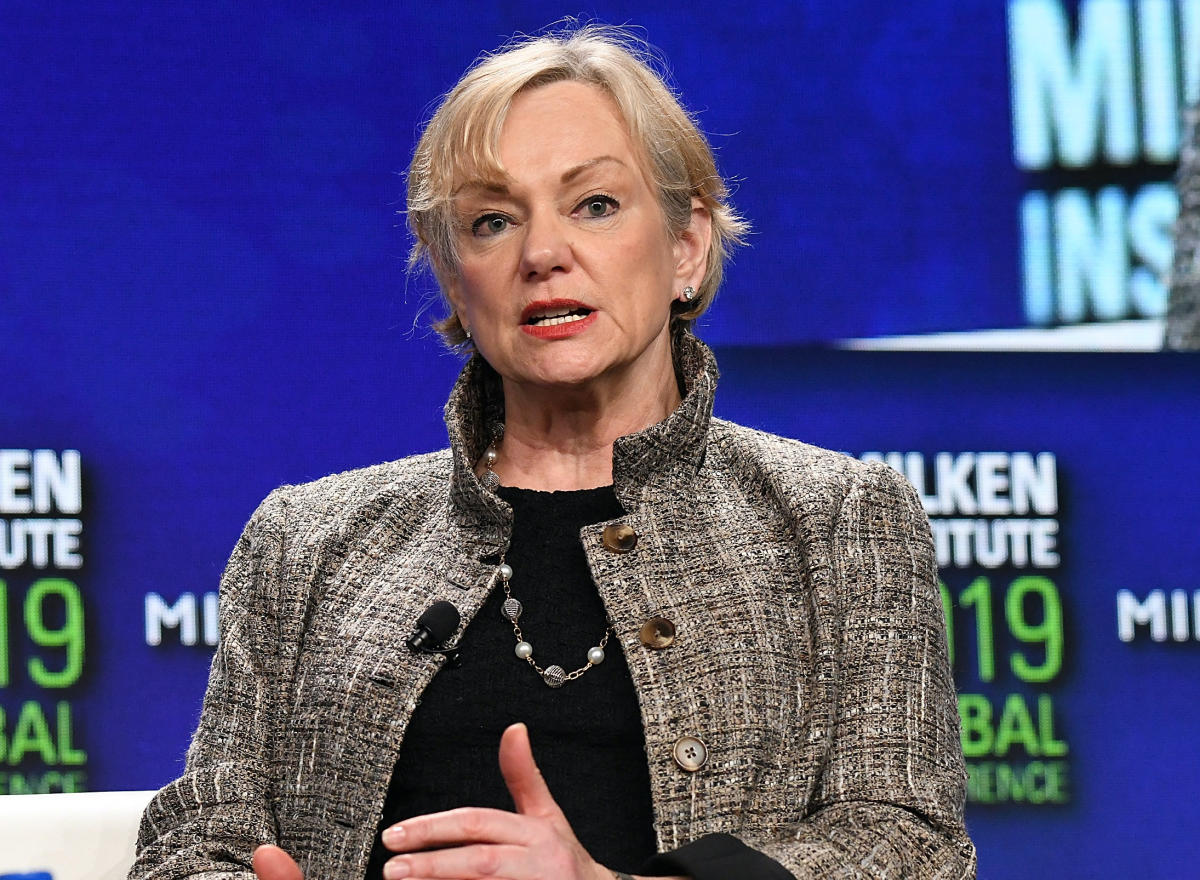 As Bob Iger returns to Disney, the company’s longtime CFO Christine McCarthy, who has the ear of the board, will help usher in a strategic restructuring.

Bob Chapek, who succeeded Bob Iger as CEO in 2020, was ousted by Disney’s board. Iger reportedly received a call from Susan Arnold, chairman of the board, on Nov. 18. The company announced on Nov. 20 that Iger would return as CEO for another two years.

Over the summer, senior leaders at the company, including McCarthy, warned boardroom directors that [hotlink]Disney[/hotlink] was heading in the wrong direction and campaigned for Chapek to go, according to reports. Disney didn’t respond to my request for a comment.

“Disney’s value is about 40% lower than when Bob Chapek first took it over,” says Sandeep Dahiya, associate professor of finance at Georgetown University’s McDonough School of Business. The tipping point was Disney’s most recent quarterly earnings report on Nov. 8, he says.

For the quarter ending Oct. 1, Disney missed on both revenue ($20.15 billion versus the $21.26 expected) and adjusted earnings per share ($0.30 vs. $0.51 expected). The company reported a $1.47 billion net operating loss in its streaming business, which includes Disney+, [hotlink ignore=true]Hulu[/hotlink] and ESPN+. “We believe that this quarter that we’re reporting is the low point, and it will improve from here,” McCarthy said on the earnings call.

This week, Iger’s first move was to announce a complete overhaul of Chapek’s Disney Media & Entertainment Distribution, a hub that controlled profit and loss for all divisions. “It’s so clear that Bob Chapek’s strategy was to take some of the power of decision making out of the hands of studio heads and content creators, and move it to ‘the nickel and dimers or coin counters,’ so to speak,” Dahiya says.

CFOs’ relationship with the board and transformation

In a memo to employees on Monday about structural changes, Iger wrote, in part:

“I’ve asked Dana Walden [chair of Disney General Entertainment Content], Alan Bergman [chair of Disney Studios Content], Jimmy Pitaro [chair of ESPN and Sports Content], and Christine McCarthy to work together on the design of a new structure that puts more decision-making back in the hands of our creative teams and rationalizes costs.”

McCarthy joined Disney in 2000 and was appointed CFO in 2015. “Usually, the CFO is one of the candidates to succeed the CEO, and if they don’t get the job, many times they move on,” Dahiya says. “It’s difficult to know if she was in the mix of potential CEOs.”

Arnold said in a statement in 2020 about Chapek’s appointment that “the board has been actively engaged in succession planning for the past several years, and after consideration of internal and external candidates, we unanimously elected Bob Chapek.”

“McCarthy did not become the new CEO when Iger stepped down, but she continued to be a big power center,” Dahiya says. Iger, with Disney for more than four decades, served as chief executive from 2005 to 2020, then was executive chairman until December 2021. So, communication between McCarthy and Iger continued, he says.

“CFOs are unique compared to some of the other C-suite executives, in the sense that they are much more likely to spend time with the board members because of the financials and quarterly results,” Dahiya says.

Jaimee Eddington, a partner at Heidrick & Struggles and regional leader of the Americas, shared insight on the CFO role, in general. “I think this just highlights overall the strategic and multi-faceted nature of CFOs today,” Eddington says. “Typically, all public company CFOs meet with the Audit Committee chair in their interview process, but more and more they are meeting other board members as well to establish an even deeper connection with their boards.”

Now, McCarthy’s role will include building Disney’s next chapter. “I think CFOs are involved in a lot more of the transformational initiatives that are undertaken,” Dahiya says. “A lot of this has to do with the fact that corporate America has to manage investor expectations more rigorously and frequently, then say 20-25 years ago. We have hedge funds, activist shareholders, and a very diverse investor base.” So frequently, CFOs are taking the lead in terms of “crafting the strategy and communicating it,” he says.

Regarding the restructuring set to take place, “There can be a very interesting debate about whether this strategy is going to work in the next 10 years as it worked under Iger’s last reign,” Dahiya says. “The jury is still out on that.” I think it’s safe to say that the stakes are high for strategic partners McCarthy and Iger, and the board will be watching.

Quick note: Fortune newsletters will not publish on Thursday and Friday in recognition of the Thanksgiving holiday. The next CFO Daily will be in your inbox on Monday, Nov. 28. I’m thankful for your readership. Take care.

Sign up here to receive CFO Daily weekday mornings in your inbox.

Sick with a new Omicron variant? Be prepared for this symptom

New CIO Wants Cisco to Be a Model for Hybrid Work