Distaste for Walker provides tailwind for Warnock in Georgia

Madison Brooks timeline: From Baton Rouge bar to alleged rape and death, what happened to the LSU student?

Are booze-free tipples really as healthy as you think?

Survivors of conflict to meet Pope Francis in Congo

Is there hope for a dying river in Kenya's growing capital? 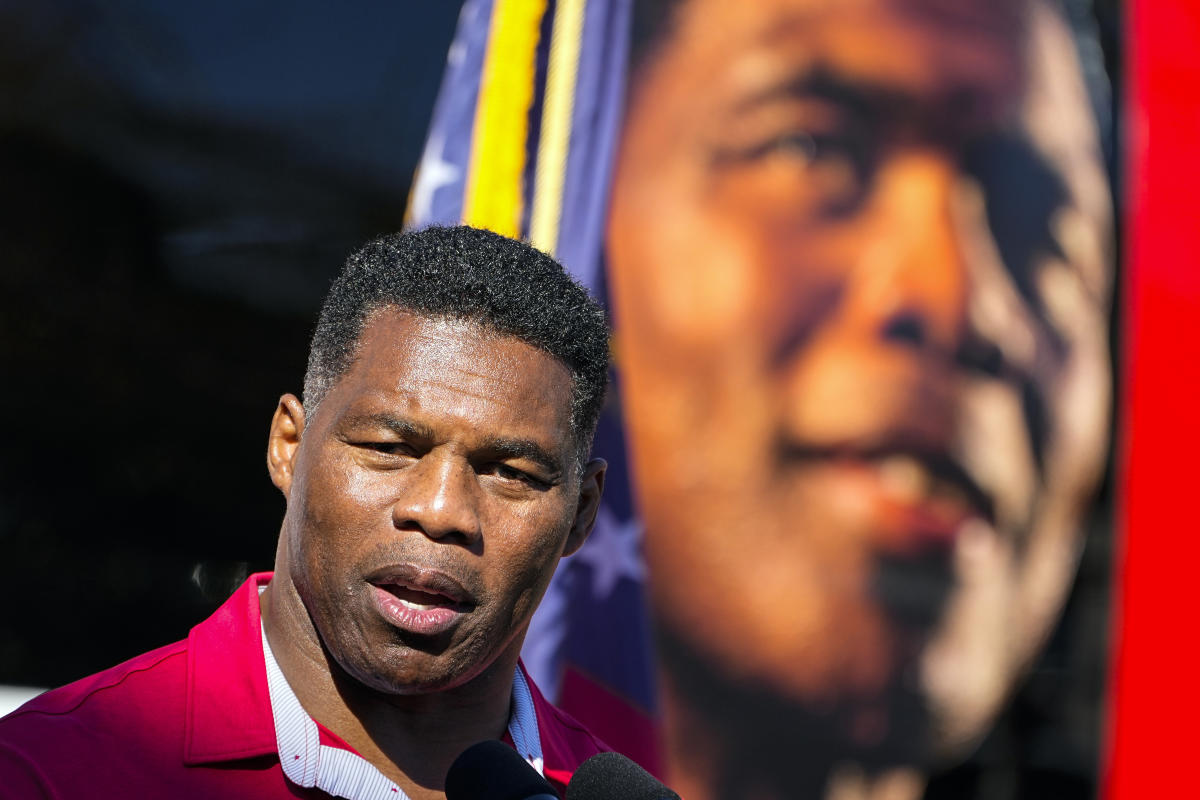 MORROW, Ga. (AP) — It might go without saying that Democrats generally vote against Republicans. But in Georgia’s U.S. Senate runoff, it can hardly be overstated how much Democratic voters — and others — are driven by not wanting Republican challenger Herschel Walker to be their U.S. senator.

Ask Raphael Warnock’s voters what they think about the election, and it’s often criticism of Walker that first comes tumbling out.

“You’ve got a very ignorant, ignorant, ignorant fellow that’s running in Herschel Walker,” said Dennis Paris, an entertainer who lives in the Atlanta suburb of Jonesboro and voted for Warnock this week in Morrow. “I can’t see going through another thing like we had with an ignorant Trump making decisions for us, not caring about the people.”

Even many Georgia Republicans who are voting for Walker, the former University of Georgia and pro football star, say they’re not so much motivated by liking him as by disliking President Joe Biden’s administration and Warnock’s support for Biden’s policies

Tuesday’s runoff is far from settled. Warnock led Walker in the general election on Nov. 8 but came up short of a majority, necessitating another round of voting under state law.

Warnock and fellow Democrat Jon Ossoff won Senate seats in January 2021 following a runoff, giving their party razor-thin control of the Senate. But runoffs in Georgia historically have favored Republicans, in part because turnout has tended to fall sharply.

A heavy election day turnout by GOP voters could still push Walker to victory. After all, Republicans won every other statewide Georgia race last month.

However, distaste for Walker appears to be buoying Democratic enthusiasm. Some party leaders had feared their voters wouldn’t be motivated to turn out again for Warnock after the Democrats secured two more years of Senate control with victories in other states.

Some Walker voters are uneasy about him, too. Tom Glass, a software engineer who voted for Walker on Thursday in Marietta, said he reluctantly chose the Republican.

He backs Walker, he said, because he wants change in Washington, but he acknowledged, “I know all of the stuff that is said about him, and a good bit of it is actually true.”

Glass said he thinks the election matters less because Democrats already control the Senate, but he chose Walker anyway. “Is he the answer? No, but I don’t think Warnock is the answer.”

John McCombs of Riverdale said he voted for Walker simply because “I feel the nation is heading in the wrong direction.”

“I hope he can stop some of the policies that have taken our nation down the wrong path,” the information technology worker said, citing particular concern over “spending money we don’t have.”

In speeches and ads, Warnock and other Democrats have been playing up their portrait of a badly unqualified Walker who could disgrace their state.

“How embarrassed would you be if Herschel Walker was your senator?” asks one flyer mailed to homes this week by the Democratic Party of Georgia.

One Warnock television ad shows voters reacting with puzzlement and disgust to Walker remarks, including a Nov. 16 speech that included a tangent where Walker sought to relate the plot of the vampire movie “Fright Night” to his campaign.

He suggested that if voters only had faith, they could defeat Warnock by relying on greater patriotism and unity that ignores racial division.

But that message got buried by Democratic mockery slamming Walker as unserious, including by former President Barack Obama Thursday in a rally with Warnock in Atlanta.

“Since the last time I was here, Mr. Walker has been talking about issues that are of great importance to the people of Georgia — like whether it’s better to be a vampire or a werewolf,” Obama said. “This is a debate I must confess I once had myself — when I was seven. Then I grew up.”

Democratic voters frequently say they believe Walker is in over his head, lured into the race by former President Donald Trump or other Republicans who are relying on Walker’s football celebrity to snag a Senate seat for the GOP.

“I just feel like he’s a pawn, like they said ‘Let’s get Herschel in so we can get the seat,’” said Sherri Gates of Morrow. “I just don’t feel like he is qualified.”

Gates describes herself as a firm Democrat who supports Warnock, pastor of Martin Luther King Jr.’s former Atlanta church, because “for one thing, he’s a decent human being.”

“I do not want Herschel to represent me and my state,” she said. “He seems to have a hard time expressing himself. He just doesn’t appear to be a good representative of anybody, maybe even himself.”

Walker argues that it’s Warnock who doesn’t know what he’s doing by backing Biden so much.

Warnock says, “Come on. Georgia is better than Herschel Walker!”

This is the first picture of a man arrested by police after six British children were found living in an...

Madison Brooks timeline: From Baton Rouge bar to alleged rape and death, what happened to the LSU student?

The Kansas City Chiefs narrowly edged out a victory over the Cincinnati Bengals in the AFC Championship game while the...

Travis and Jason Kelce will be the first brothers to face off as players in a Super Bowl.