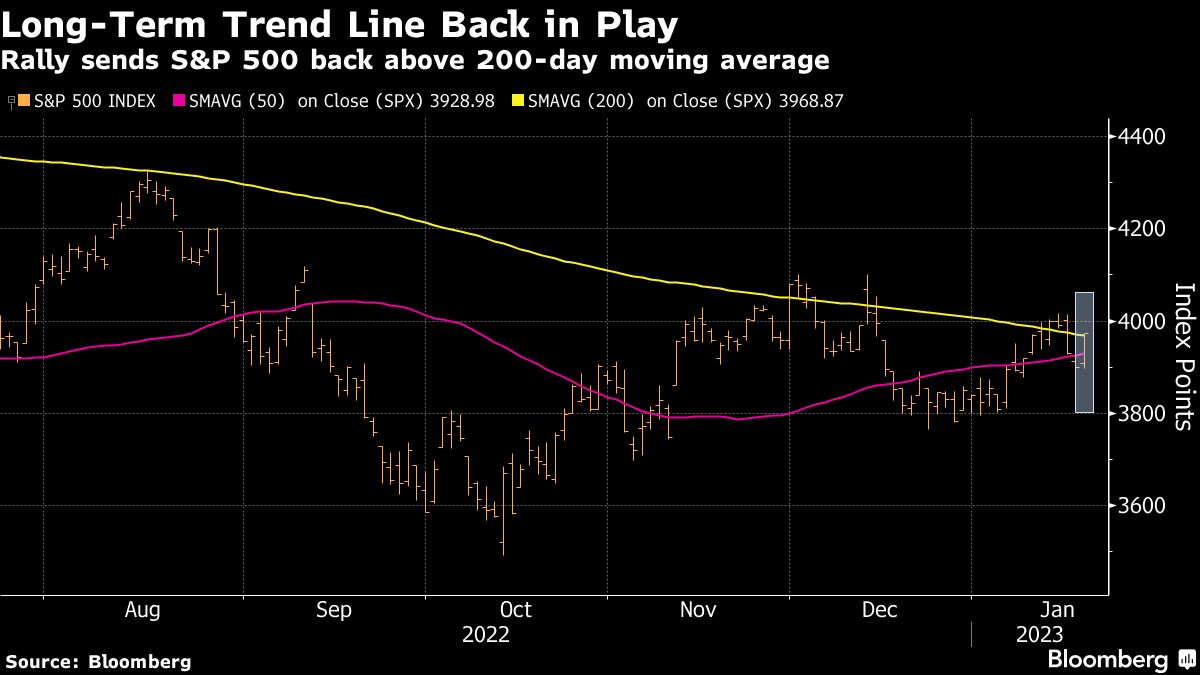 (Bloomberg) — The dollar weakened against the euro and most other currencies after a slew of Federal Reserve officials laid out the case for a downshift in the US central bank’s rate-tightening campaign, contrasting with the hawkish drumbeat from European policymakers.

Europe’s Stoxx 600 benchmark ticked higher following a stronger session in Asia where a holiday-thinned session saw Japan’s Topix index gain around 1%, while US equity index futures reversed earlier falls to trade marginally positive. The underlying indexes snapped a four-day losing streak on Friday, buoyed by a tech stocks rally and a dialing back in Fed rhetoric.

Rate cut bets and recession expectations also weighed on the dollar which shed 0.2% against a basket of peers on Monday for its third day of losses, while 10-year Treasury yields slipped. The euro meanwhile strengthened to the highest since April 2022.

Markets are taking their cue from Federal Reserve speakers, such as Governor Christopher Waller who said on Friday policy looked pretty close to sufficiently restrictive and he backed moderation in the size of rate increases.

A divergence in rate bets has weighed on the dollar and American equities. The S&P 500’s 3.5% gain so far this year contrasts with the near-7% gain on European stocks. One reason is the view that Europe could dodge recession this year, while the US economy is widely expected to fall into recession in the second half of 2023, with the ongoing wrangling in Congress over the debt ceiling posing an additional headwind for markets.

That has helped the euro gain almost 2% this year against the greenback after a loss of close to 6% last year.

Here are some of the main market moves:

Many Chinese firms are skipping step 1 when it comes to ESG disclosures, says KPMG study of materiality assessments