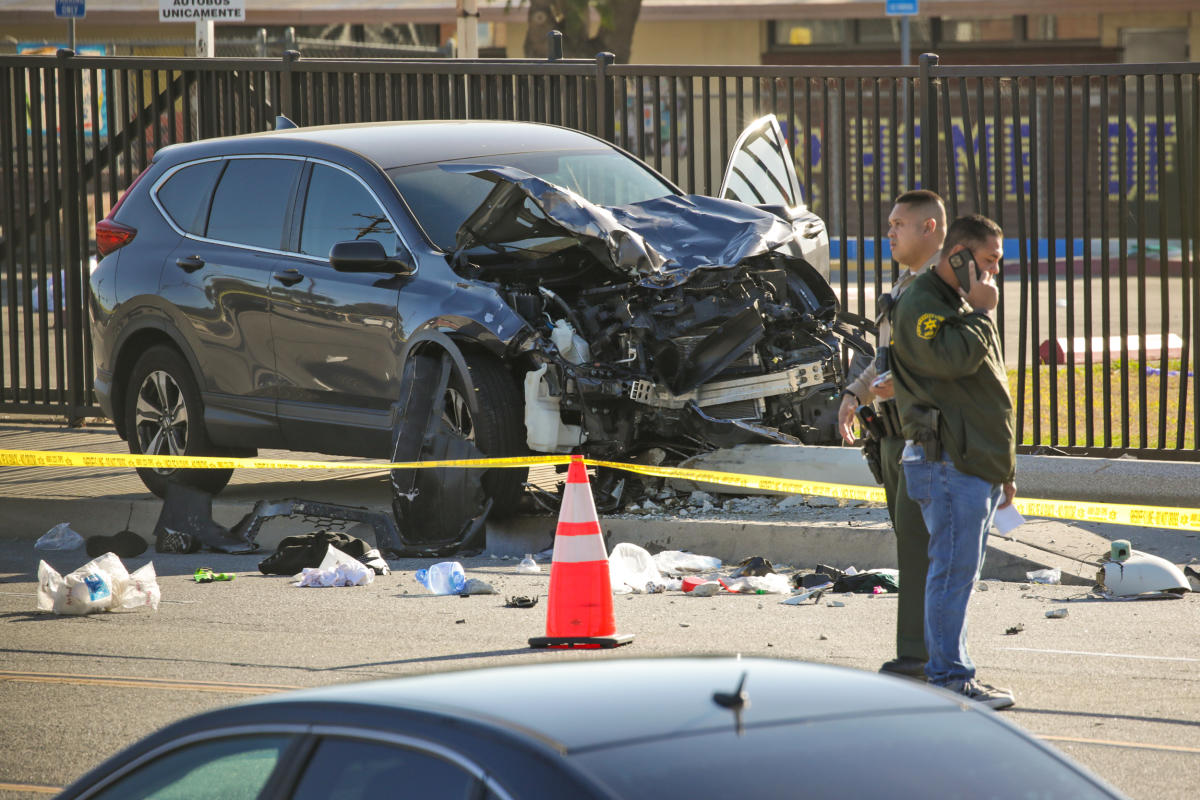 A Southern California man was arrested on suspicion of attempted murder after a wrong-way crash that injured two dozen Los Angeles County sheriff’s trainees. He was later released from jail, officials said Thursday.

Nicholas Joseph Gutierrez, 22 of Diamond Bar, was arrested on charges of attempted murder of a peace officer, the sheriff’s department said in a statement.

Gutierrez was released from jail Thursday night pending further investigation, sheriff’s Deputy Deanna Mares said. “He will get rearrested later once we get more in our investigation,” she said.

People arrested must be arraigned within 48 hours, Mares said. Investigators were still pursuing the case to present to the Los Angeles County District Attorney’s Office, which decides whether to file charges in felony cases, she said.

Thursday’s statement from the sheriff’s office did not reveal what, if any, motivation might have been behind the alleged crime.

It was not immediately clear Thursday whether Gutierrez had an attorney who could speak on his behalf.

Relatives of the suspect could not be immediately reached for comment Thursday through public phone listings.

A car in the southbound lanes veered into 75 sheriff’s trainees a little before 6:30 a.m. Wednesday as they were running in formation north on Mills Avenue near Whittier, authorities said.

Twenty-five recruits were injured — 16 with minor wounds, four who were listed as stable in moderate condition and five who were in critical condition, one of them breathing with a ventilator, officials said Thursday.

The academy includes recruits from other Southern California police agencies. Two each of the injured were from the Bell and Glendale police departments, one came from the Pasadena force, and the remaining 20 were Los Angeles County sheriff’s recruits, officials said.

Representatives of South Korea, the United States and Japan to North Korea call on the Security Council to respond to North Korean projectiles

‘You’ve gotta have a war every five or 10 years’