How 49ers' Brock Purdy-Trey Lance QB dilemma should be handled, per Peter King

Meyer has 'no desire' for a second chance in the NFL 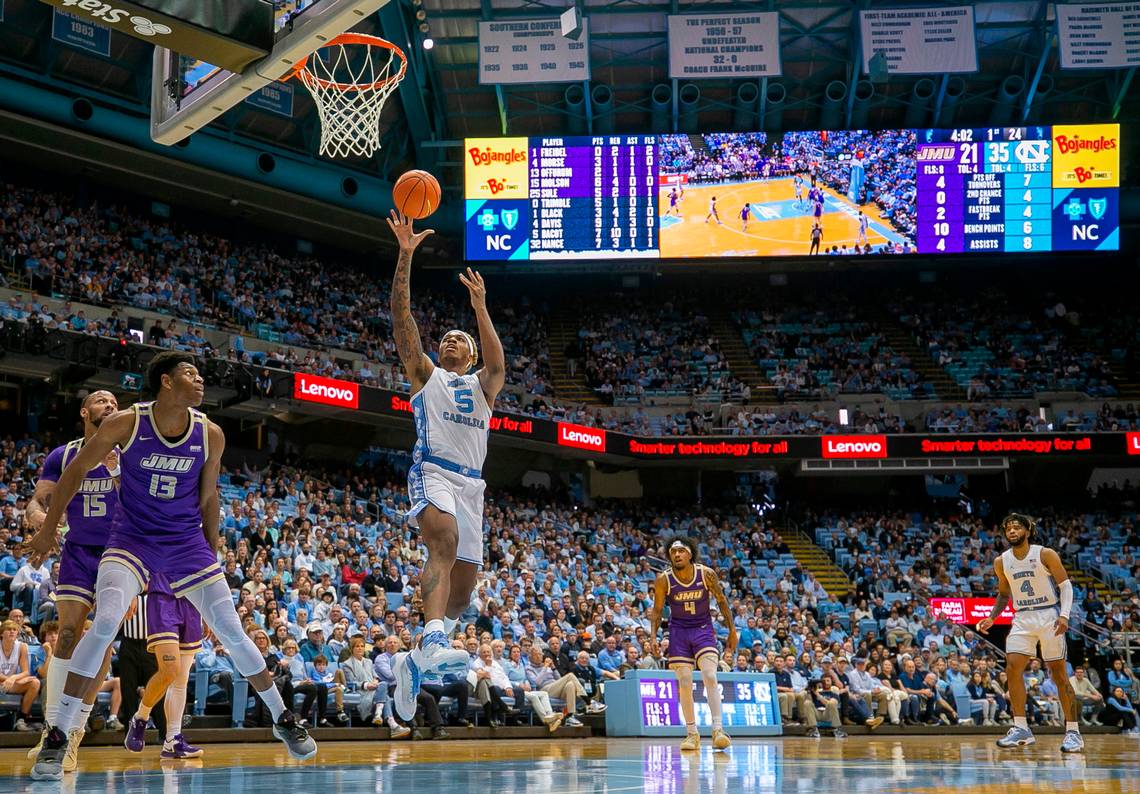 The best thing about Thanksgiving week is being able to feast on a college basketball tournament buffet.

The Maui Invitational begins Monday with a matchup of ranked teams, Creighton and Texas Tech, as the first game of the event. Arkansas, San Diego State and Arizona — all ranked teams — are also in the draw.

The Battle 4 Atlantis, which will start with N.C. State against No. 3 Kansas, begins on Wednesday. No. 22 Tennessee and Dayton are the other teams to watch out for participating.

Virginia canceled a home game against Northern Iowa after the tragic shooting that took place on campus. The Cavaliers had gone a week between games, but played inspired in beating Baylor and Illinois in Las Vegas at the Continental Tire Main Event.

The team wore warmups with the names of the three UVA football players who lost their lives: Lavel Davis Jr., Devin Chandler and D’Sean Perry and the words “UVA Strong” on the front of the shirt.

With arguably the best two wins of any team so far, the Wahoos jumped No. 16 to No. 5.

Kentucky was No. 4 last week but after falling to a then-unranked Michigan State squad in the Champions Classic and getting easily handled by Gonzaga 88-72 in Spokane, Washington, the Wildcats dropped to No. 15.

UCLA also fell 11 spots from No. 8 back to No. 19 after consecutive losses to Illinois and Baylor.

Now I look foolish for not simply trusting in Tom Izzo. On paper, I wasn’t so sure Michigan State would be this good, this early. But the Spartans led Gonzaga for a large portion of their 64-63 loss on the USS Abraham Lincoln aircraft carrier. And their wins over Kentucky and Villanova solidified it. Michigan State made its debut at No. 12 in the poll.

The Big Ten fared well with No. 23 Maryland, No. 24 Purdue and No. 25 Iowa also entering the poll for the first time.

I didn’t have Texas A&M ranked on my ballot, but the Aggies were No. 24 until being beat by Murray State and Colorado last week.

Michigan had looked pretty pedestrian in wins over Eastern Michigan and Ohio. And the Wolverines’ 87-62 loss to Arizona State was enough to get them bounced from my ballot.

TCU will probably be back once point guard Damion Baugh returns to its lineup. The senior is serving a six-game suspension by the NCAA after he signed with an uncertified agent while he debated turning pro last spring. Until then, the Horned Frogs looked like a team without direction in their loss to Northwestern State, so they have found their way off my ballot.

I commend Dayton for playing UNLV on the road so early in the season, but you still got to win said games.

U.S. looks different, even if result is the same

RIVIERA BEACH — City police are searching for the person who shot a man to death outside a convenience store...

The operatives running former President Donald Trump’s cash-flush super PAC met quietly in December to sketch out their lines of...

The Bengals cost themselves a shot at the Super Bowl in a last second loss to the Chiefs.

Love Island fans rejoiced as Lana Jenkins finally hit back at Ron Hall in Tuesday’s episode, after he confessed his...