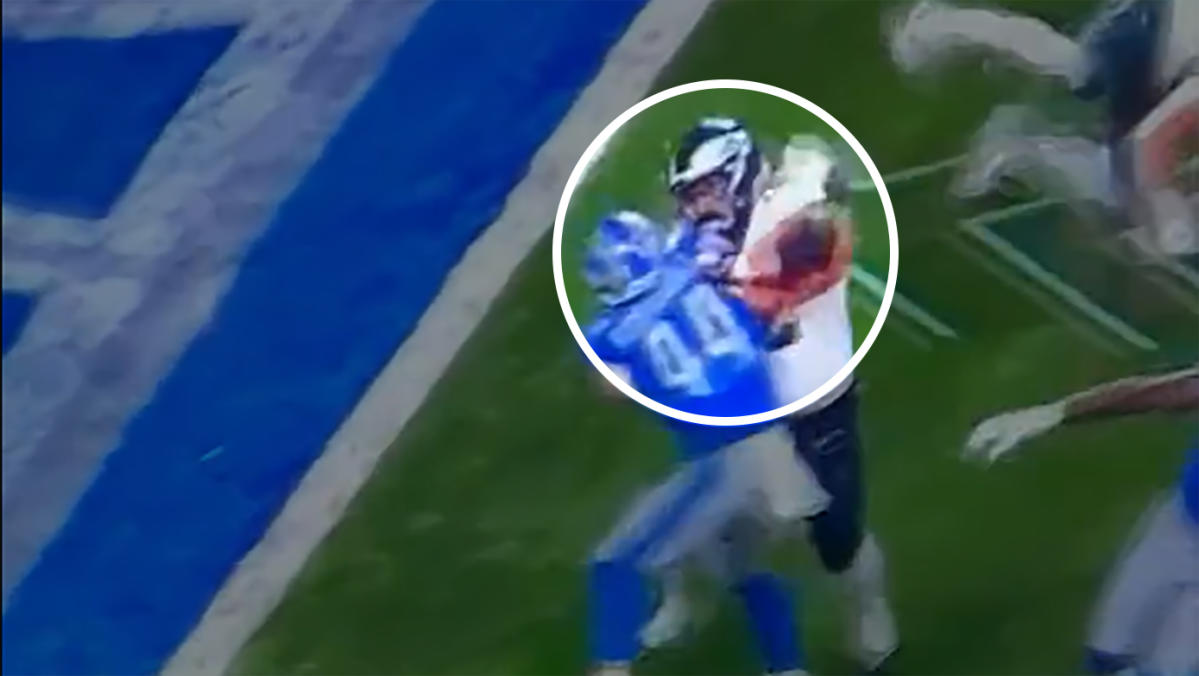 The Eagles’ Week 1 win over the Lions had fireworks up and down the field with 73 total points hitting the scoreboard, but the most popular part of the game in the Internet’s eyes happened away from the ball.

Eagles center Jason Kelce and Lions linebacker Malcolm Rodriguez were mixing it up in the red zone at one point in Sunday’s season-opening Eagles victory when Rodriguez got one over on the veteran Kelce, hip tossing him into oblivion and catching eagle-eyed viewers’ attention.

If you missed the clip, this specific tweet with a four-second video of the move has nearly 900,000 views on Twitter – and there are likely dozens of the same clip out there on the internet. At this point it’s extremely viral:

It’s a pretty sick move from Rodriguez, the rookie out of Oklahoma State who (like Kelce) was a sixth-round pick. No matter where his career goes from here, he can always say he launched a likely Hall of Fame center into the ether during his first career football game.

Here’s how Kelce responded to his brother Travis giving him a little friendly ribbing about the move on the brothers’ New Heights podcast:

“TRAVIS: You’re viral right now because of your encounter with the Lions’ [linebacker] Malcolm Rodriguez. Gave you a good ol’ WWE hip toss.

“JASON: It was good. I thought I had him, I was driving him in the end zone, and right at the last second HUZZAH he gave me a judo hip toss. Did not see it coming.

“JASON: It was impressive nonetheless. It was a quick twist of the hips. He’s a good player. He made a better move on me earlier in the game on a draw play where he made a tackle on Jalen Hurts. That kid’s got a really bright future, he’s been a star of the Hard Knocks show, seems like he’s got a great mentality. And it’s not the first time I’ve been viral for getting my ass kicked, and I’m sure it won’t be the last [laughs].”

Gotta love Kelce’s humility here, and also him going out of his way to point out Rodriguez’s talent and another play where he beat Kelce one-on-one. I’m sure more than a few football players out there would be a little less willing to volunteer extra props to a guy who one-upped them on the field, but Kelce is just a different dude.

Also, for the record, Kelce has also gone viral more than a few times during his career for being the one doing the ass-kicking. It’s the duality of the NFL: there’s always someone looking to destroy someone else. It’s nuts out there. One day it’s you, one day it’s the guy next to you.

We’re on to Minnesota.