Tom Brady's time is up. And there's no perfect fit for him to ride off in a glorious sunset 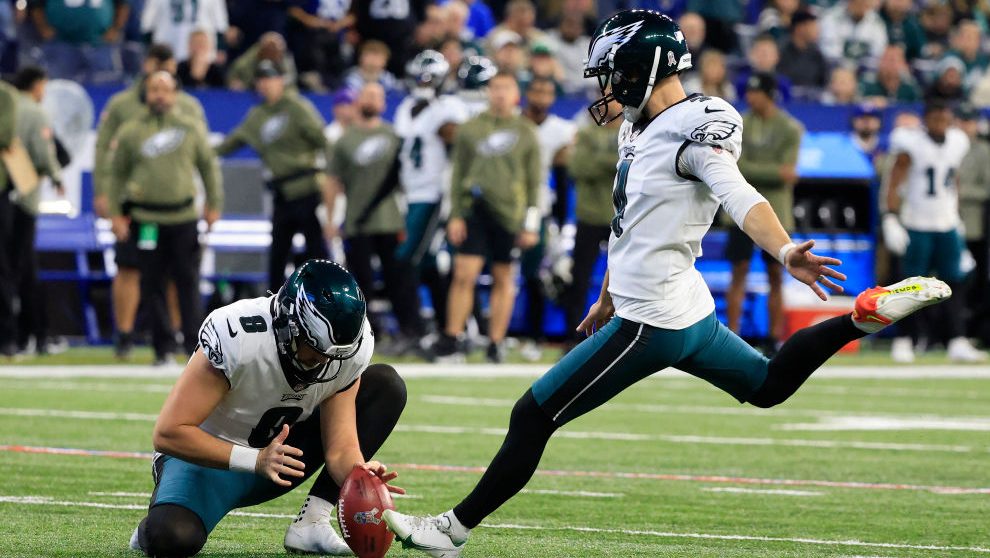 Last week, officials were told to watch for kickers and holders using a foreign object during kick attempts. On Wednesday, Eagles kicker Jake Elliott addressed the situation, single the allegations were directed at his team, among others.

“We’ve always used something that’s within the rules,” Elliott said, via Chris Franklin of NJ.com. “It’s just literally to mark the spot. It’s part of the playing surface, like a piece of grass or something like that.”

Elliott explained that the team spoke to the league office about the issue.

“When we talked to them, we explained what we’re doing, and they saw what we were doing,” Elliott said. “Probably 30 teams do it around the league. It’s just a point of emphasis, and someone makes it bigger than it is. Everything we’ve done has been completely legal.”

Giants special teams coordinator Thomas McGaughey was asked about the situation on Wednesday.

“It is what it is,” McGaughey said, via Dan Duggan of TheAthletic.com. “I’ll just leave it at that.”

McGaughey explained that the situation helps a kicker by leaving “a visual spot down there.”

The Eagles aren’t the only team that has been accused of doing it. If someone is violating the rules, then something obviously needs to be done about it. Even if a flag wasn’t thrown at the time, investigations should be conducted.

Cheating is cheating, whether it’s steroids of air pressure or foreign objects during kicks. It’s not something officials should simply be looking out for. It’s something the league office aggressively should be looking into.

Two killers who occupied a millionairess’s £1.3m home and strangled her to death when she refused to sell it to...

Kim Kardashian is in Columbus today. Here’s why.