How I Met Your Father Gets January Premiere Date on Hulu —… 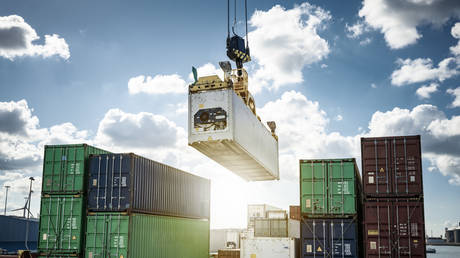 The volume of Russian exports in the reporting period increased by 48.7% compared to the same period in 2020, to $73.7 billion.

Europe’s top two exporters are China with $331.6 billion worth of exports, and the United States with $169.1 billion. The volume of European exports to Russia also surged in the first eight months of 2021, rising by 13.6% to $66.8 billion.

The EU’s total value of exports to states outside the bloc amounted to $1.6 trillion in the reporting period, a 13.8% increase year on year. The volume of EU imports rose by 16.7% to €1.31 trillion.

Russian exports to the bloc continue to rise despite the sanctions, which were imposed in 2014 and expanded several times since. Over this period, the EU suspended negotiations on a visa-free regime with Russia, and stalled a new basic cooperation agreement. Brussels also banned a number of Russian officials from entering EU countries and froze their assets.

In response to these measures, Russia placed restrictions on imports of a number of food products from EU countries. The measures have drawn criticism from citizens and companies both in Russia and the EU, and sparked a wave of protests among European farmers.

Today only: Amazon is having a blowout sale on bestselling hair tools—Revlon, Babyliss, Bedhead and more

Omicron Was In Netherlands Before It Was Alerted By South Africa

Asians around the world speak out on workplace discrimination